Here's a look at the early history of the Abita Springs Evangelical Lutheran Church.

In Abita Springs after the turn of the 20th century, an unobtrusive Christian group of sturdy German descent, assembled on a bright October Sunday on the second floor of an old building known as Conrad's Hall for what was the first Lutheran religious service in the Ozone Belt. 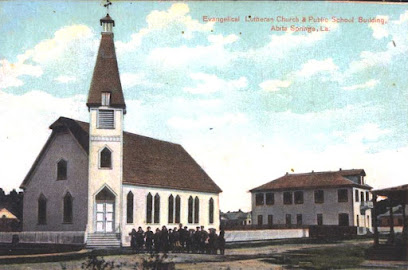 
Afterwards Rev. A. H. Kaub was called as pastor, and preached his first sermon on January 16. Three months later on Palm Sunday, The Trinity Evangelical Luthern Congregation was organized with six voting members . 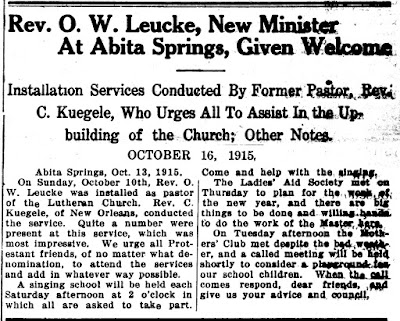 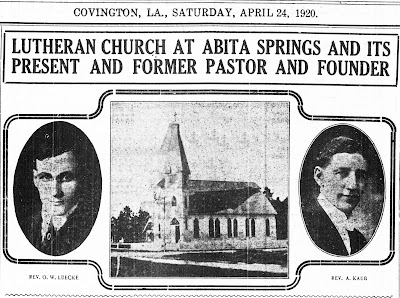 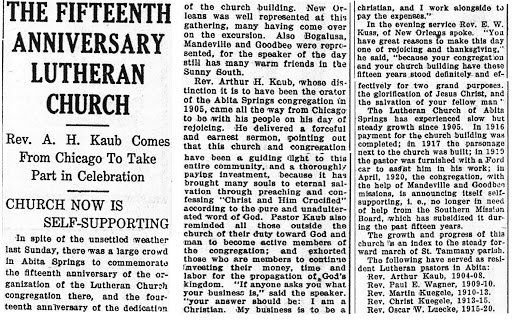 He was succeeded by Rev. H.A. Bielenberg (1923-25) and last by Rev. A.H. Klampt, who continues to serve as pastor of both the Abita and Covington since that time. The Church of the Ascension, a small but attractive modern structure, was dedicated on Sunday. 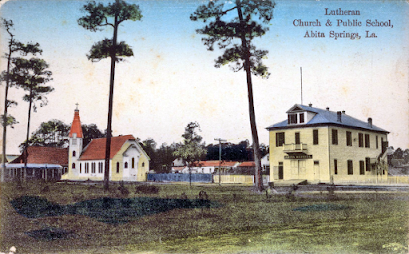 According to the church's website, the first Lutheran service was held in Abita on October 23,  1904, and was conducted by Rev. Arthur H. Kaub who became Trinity’s first pastor.

Trinity Evangelical Lutheran Church was established on April 16, 1905, which was the date of the first official service. 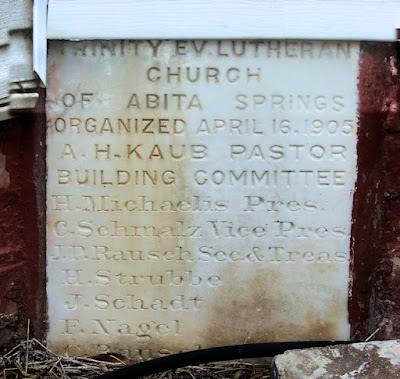 The founders purchased the current lot in 1906, the same year the present church building was completed. In 1917 the building on the north side of Trinity was originally built as the parsonage. The building was later named “The Brown-Leveson Hall” and today is used by the congregation for Sunday School and Fellowship. 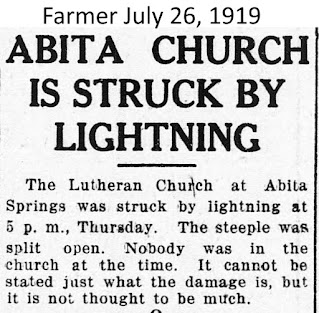 In 1919, lightning struck the church building. Seven year old Dorothy Schwartz held a penny party that raised $7.45 for purchasing the lightning rods that protect the church to this day. 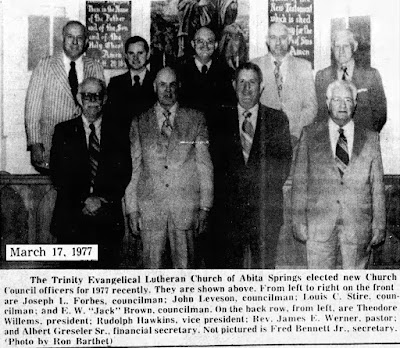 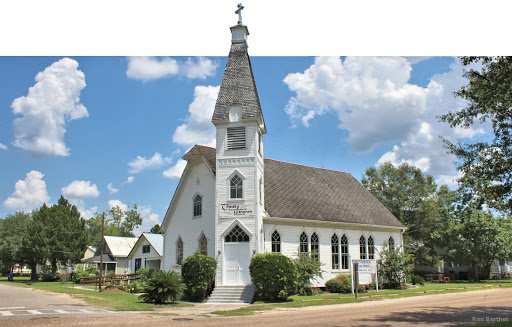 The church building as it looks today. 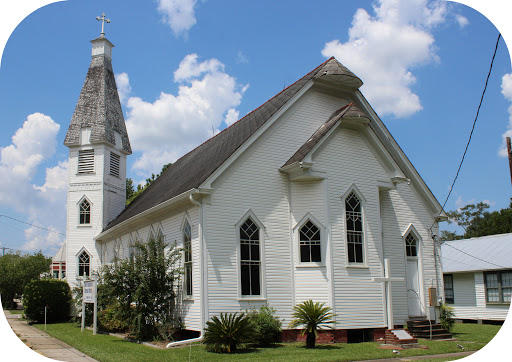 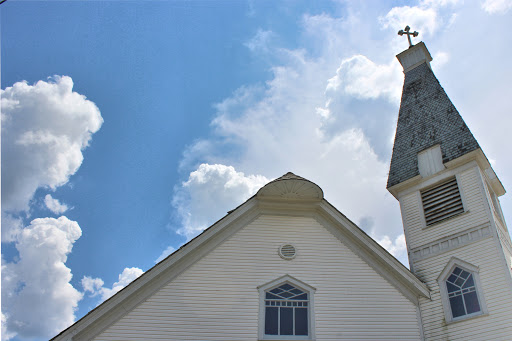 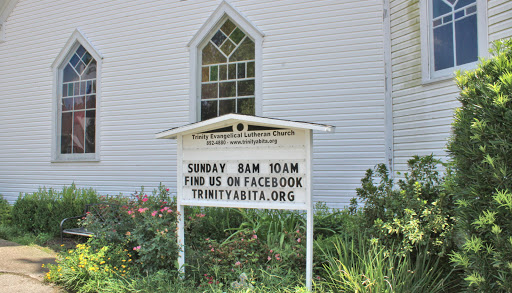 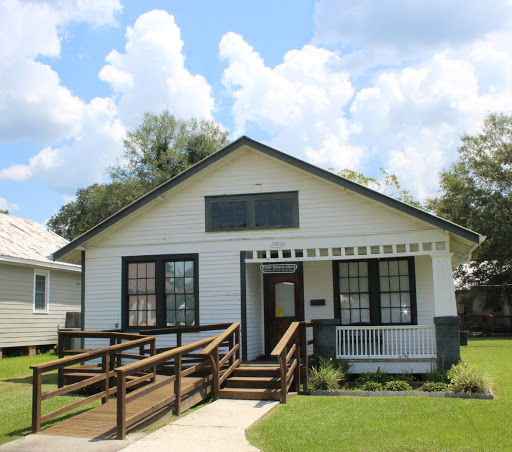 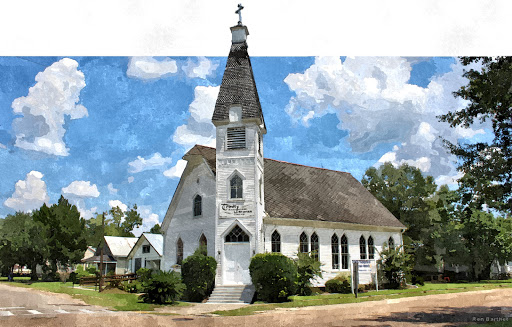 For a more detailed history of the church, visit the following website:
https://trinityabita.org/history/
Here's a list of pastors who have served the congregation:
1904-1908           Rev. Arthur H. Kaub