This photo shows the dedication of a new sign at  the Entrance to Bogue Falaya Park, Covington, on July 2, 1993. It duplicated a sign that had been located there many years ago, reminding visitors not to litter, but it quoted an old saying rather than giving a harsh warning. The new sign was paid for by funds donated by the sale of music cassettes featuring locally-written songs about the rivers of St. Tammany Parish. 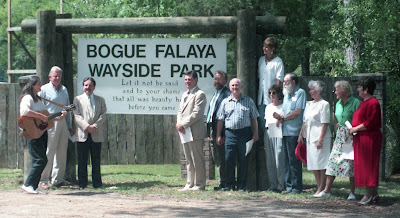 Here is the group at the 1993 dedication for the new sign, and below is a photograph of the original sign at the park entrance. In the old photograph are C. J. "Cyp" Schoen at left, Ronnie Pogue on top, and Beverly Thibodeaux. The photograph was supplied by Carlos Aceves. 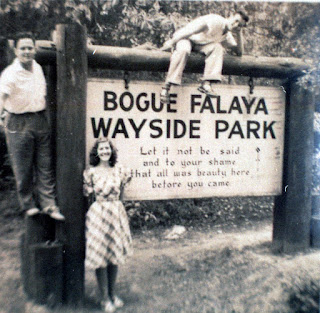 The original sign was eventually covered with vines and had to be removed. Originally, Bogue Falaya Park was a "roadside" park owned by the State of Louisiana. When it was no longer needed by the state, plans were made to sell it to the public in 1979. So the park site might have become private property or a condominum complex at that time, if the city hadn't stepped in and acquired the park property.

However, city officials did not have the funds needed to maintain the facility, so the park gates were closed until the city could afford to keep it up. "So we acquired the property and just sat on it," said Councilman Donald Primes. Once city funds started to come in to begin improvements to the park, it was opened for public use. The new sign was built with materials from Poole Lumber Company with the design based on the photograph shown above.

Helping with the installation of the sign was a crew from CLECO, including Bucky Jakins, Paul Sheridan, Frank Gendosa, and Weldon Foxworth. Sign Services of Covington provided the painting of the sign and helped in its installation. 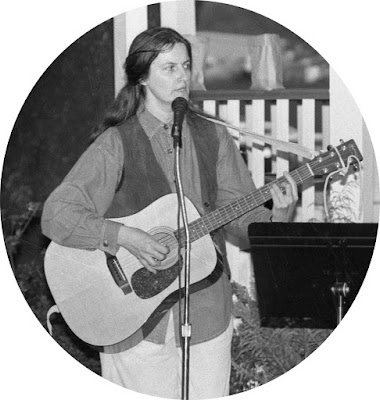 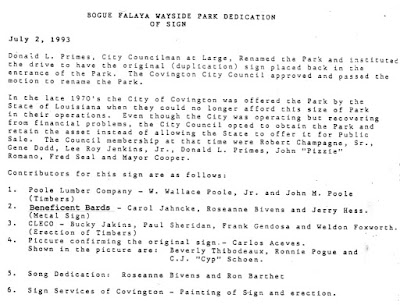 For more information about the 1984 reopening of the park, click on images below. 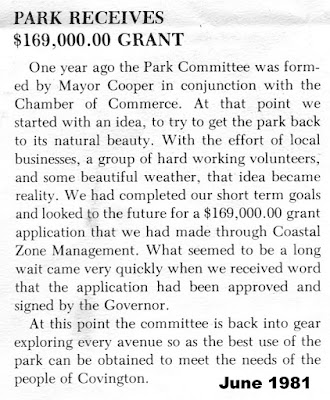 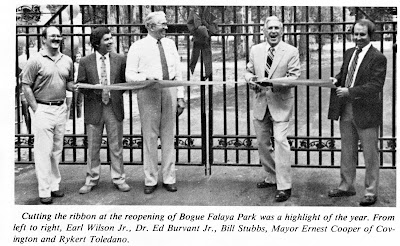 Here's how the entrance to Bogue Falaya Park looked many years ago.

The entrance gate built in 1920 served pedestrians, but was modified a few years later to accomodate cars. The two pillars on either side of that gate were retained. They were restored in 2007 along with the historical marker that was placed on them originally. 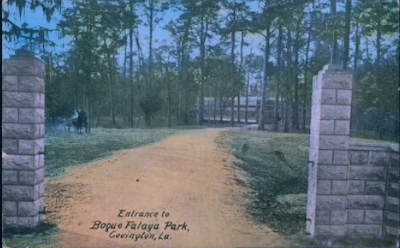 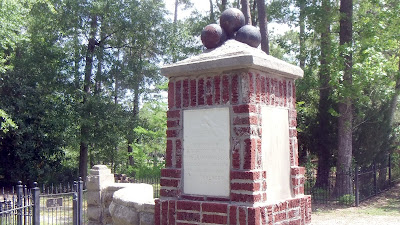 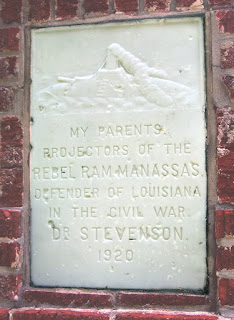 On January 24, 1920, W. L. Stevenson wrote a letter to the St. Tammany Farmer proposing that the above brick entrance pillars be built. 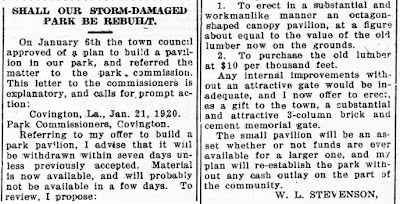 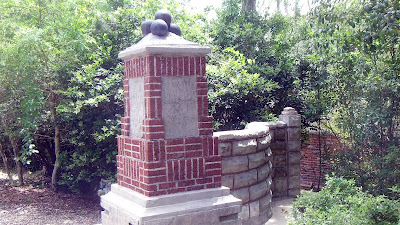 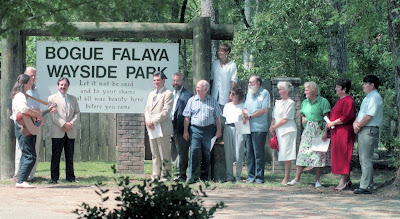