The Story of the Chinchuba Deaf-Mute Institute

On July 31, 1920, an article about The Chinchuba Deaf-Mute Institute appeared in the "Morning Star" newspaper, telling about the establishment and operations of the only institute for Catholic deaf-mutes in the South. The institute was located three miles from Mandeville in "the beautiful woods of Chinchuba." 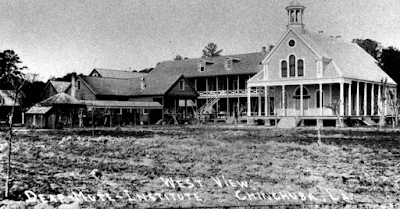 Chinchuba was the Choctaw word for alligator, and the area where the school began  is now occupied by several shopping centers at the intersection of U.S. 190 and La. Hwy. 22.

A 1935 Map showing the location of Chinchuba, near where the
Mandeville post office is located today. The famous "Chinchuba Oaks"
were located in the area. Click on the map to see a larger image.


According to the article, the school was the only school for deaf-mutes in the far South. It was founded in 1890 by the Very Rev. Canon H. C. Mignot, a well-known and beloved pastor of the St. Louis Cathedral, and the Archdiocese of New Orleans. Father Mignot's attention was called to the fact that nothing was being done for Catholic deaf-mutes in the South, and he thus entered "heart and soul" into the project.

An early and lifelong supporter of the project was Archbishop Janssens who gave the work of the Institute his hearty approval, and all the help he could.

To give the Institute a home, Father Mignot (with the assistance of a few friends)  purchased a large tract of land together with the old plantation home, known as "Kildare House." He saw to it that the  necessary improvements were made, and then placed the school in charge of the Dominican nuns, the teachers coming from the famous institute in Cabra, Ireland.

The school prospered, but after two years the nuns of St. Dominick retired and the School Sisters of Notre Dame took their places in response to a call from Archbishop Janssens. Father Mignot during his lifetime supported the school almost entirely himself with the exception of help given by a few friends. 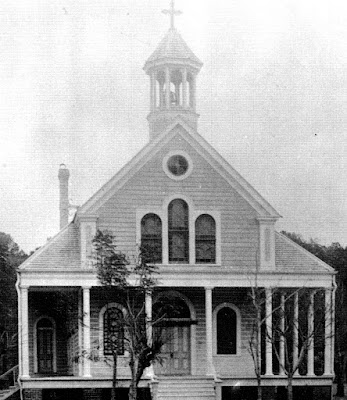 The Chapel at Chinchuba Institute 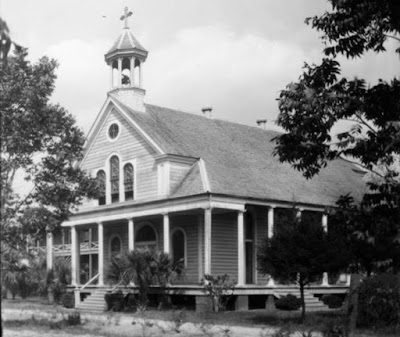 The article noted that within nine years, having given all he had to charity, Father Mignot had nothing more to give. Close to death, he begged that the work in behalf of the deaf-mute children should not be allowed to die. While it seemed for a while that the Institute would close its doors, with the generosity of some twelve gentlemen of New Orleans, it remained in operation.  They went to the bedside of the dying priest and assured him that this work so dear to his heart would continue. 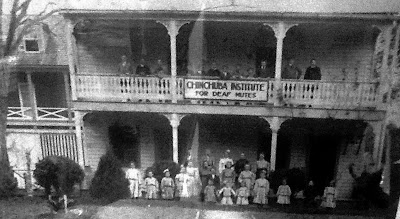 Up to that time, few efforts had been made to help deaf-mutes in the South, due to the difficulties of communication and education. The article stated that for more than a quarter of a century, the school had steadily progressed, despite many challenges, due to its "underlying spirit." Supporters arose to meet almost any need it seemed.

Although the Chinchuba Institute began under Catholic auspices, it extended a cordial welcome to deaf-mutes of other denominations. Apart from requiring the observance of the rules of discipline, the Sisters conscientiously respected their Faith, according to the report.

The Chinchuba Institute at Mandeville


The education which the children received was "modern" for the times and thorough in every detail, according to the article. The Sisters had been trained in the latest methods of deaf-mute education. "In conformity with the present method, every effort is made to teach the pupils the art of speech and lip-reading. Their progress is very gratifying alike to teachers and pupils, and encourages the hope that the latter will be all the better able to earn an honorable livelihood when they leave the Institute," it was explained.

Thanks to the donation of a well equipped printing department to the Institute, students were able to learn the printing trade at the direction of one of the Sisters. The occupational training feature appealed very strongly to Institute leaders as a means to prepare the pupils, especially the boys, to become successful in life. "The most practical activity is to help people to help themselves," the article stated, calling upon additional "generous benefactors" to be sent  to furnish the means to start other trades.

In 1919 the Chaplain Rev. Joseph M. Coulombe began the gradual development of a farm. Although weather conditions were very unfavorable, much was accomplished that first year. The rice crop, the first ever raised there, was very good. The farm was well stocked and well-equipped with modern farming implements, and it was hoped that the farm, with its crops (potatoes and other vegetables, corn and rice for the table, feed for the cattle, hogs, horses and poultry) would be helpful in reducing the Institute's expenses.

Here are some photographs from the Louisiana Digital Archives showing the students, faculty, and buildings at the Chinchuba Deaf Mute Institute. 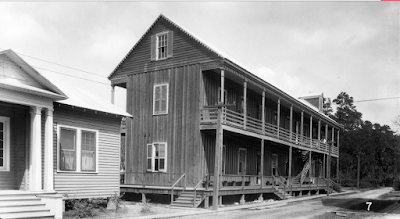 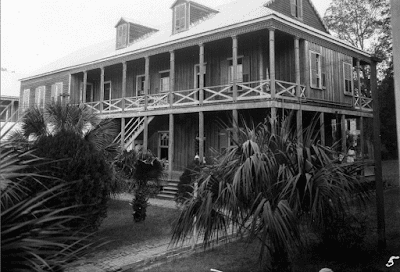 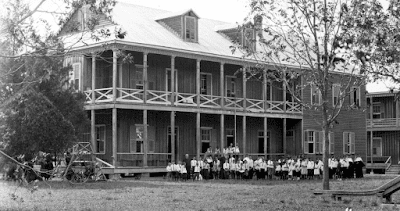 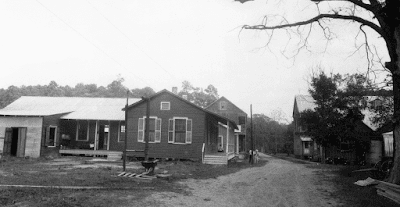 Buildings on the grounds of the institute 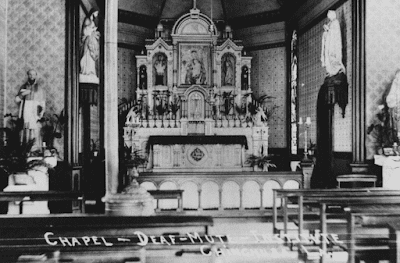 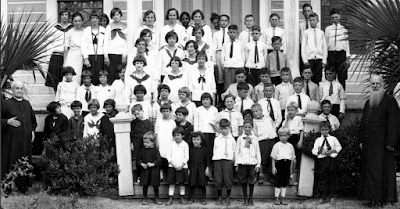 Student group in front of the chapel 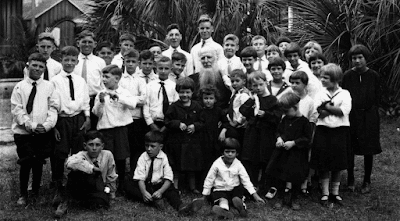 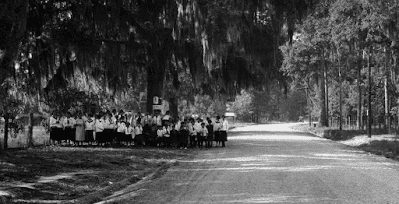 Students pose at the entrance road to the institute 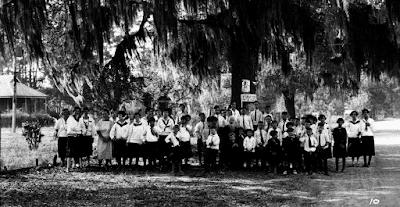 Even though the outlook was rather bright at that time (1920), the Institute was still very much in need of funds to carry on its work. The facility was hit by a devastating fire in 1934, and six years later, in 1940, the Chinchuba Institute moved to New Orleans and then to Marrero. It was one of only 24 schools of its type in the nation at that time.

It continued to serve the needs of its community for many years, changing as needed to meet the demands. However, due to lack of funding,  it was shuttered in 2010, leaving a legacy of over 120 years serving the special needs children of the entire region.