Plays and performances have always been a part of the west St. Tammany scene, with productions put on at the park pavilion and even in tents on vacant lots. According to a historical plaque in downtown Covington, a "five cent show or electric theater was well patronized" as early as July of 1907, and later, in May of 1908, there were two moving picture theaters downtown, The Covington Electric Theater and the New Rink Electric Theater, which billed itself as the largest moving picture theater outside New Orleans. 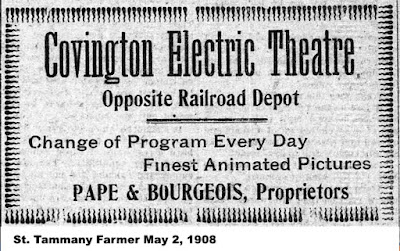 Victor Frederick soon opened the Air Dome, a 500 seat theater on Boston Street across from the Southern Hotel, and in September, 1912, a Mr. Ulmer opened the New Covington Theater on New Hampshire Street in the Warren Building opposite the train depot, the historical plaque goes on to report. 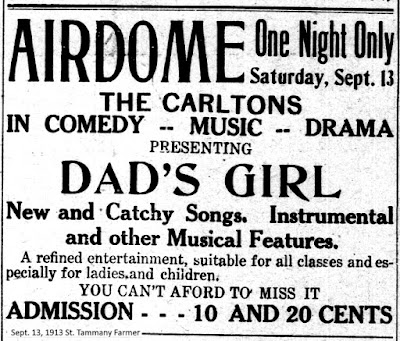 In the September 20, 1913, edition of the St. Tammany Farmer it was announced that a new theater was to be built on the corner of New Hampshire and Boston Streets on the Wehrli lot, opposite the St. Tammany Bank building and across from the old parish courthouse. It was going to be first class in every respect, according to the article.

Mr. C.E. Schonberg and Robt. L. Aubert constructed the new theater building from "modern plans" up-to-date in its furnishings and state-of-the-art equipment with "every convenience for the patrons." The theater was to be fitted with regular opera chairs, with the regulation incline that "will give every one an unobstructed view of the pictures and stage," the article stated. 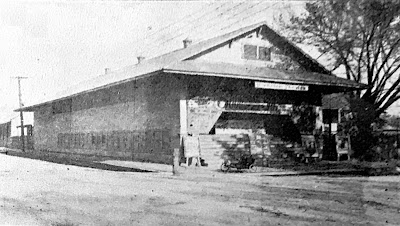 The first week's entertainment had already been scheduled with the film company. According to the news article, the theater was leased to Charles Sidney August Fuhrmann and Ed Barrenger who had purchased the latest improved Edison picture machine to show silent movies.

A contest was held for the naming of the new picture show, with the winner getting a season pass and a $5 gold piece. Suggestions were mailed to Fuhrmann, with the suggested names judged by a panel of three persons. The name of the successful contestant was   Mrs. Edmund B. Stern who had submitted the winning name "Parkview," and the judges included Judge Joseph B. Lancaster, D. J. Sanders, and D.H. Mason.

On opening night at the Parkview, the house was packed. Fuhrmann was given a round of applause after he presented to the gathered dignitaries the following remarks:

"Ladies and gentlemen, as manager of this theater, I wish to thank you one and all, for your attendance to-night to witness our initial performance, which I trust you have appreciated. It is needless for me to say that we have spared no efforts to give you one of the most up-to-date and modern moving picture theaters that will be found in the parish of St Tammany.

"We shall at all times endeavor to maintain perfect order and absolute cleanliness. We also wish to assure the public that smoking in the audience and spitting on the floors will positively be prohibited, that is, to the best of our ability. Only licensed films will be shown on our canvas and these will be of a strictly high class and moral nature. We will present a complete change in program each night and will operate regardless of weather conditions.

"Any organization or club desiring the use of our theater for a benefit entertainment,  we will be more than glad to quote such parties special prices on application." 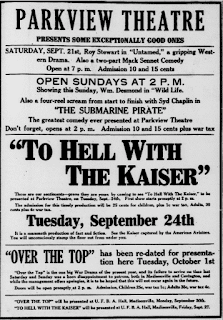 Fuhrmann's plans included making the facility more of a "theater of the performing arts," spotlighting not only professional entertainers who had been brought in from New Orleans, but also local talent. It was also used for lectures and educational presentations. 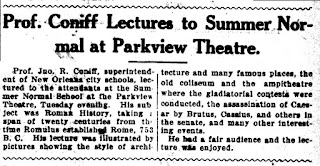 Performers who took the stage at the Parkview included poetry readers, pianists,  violinists, singers, and magicians. In addition to being a multi-talented showman, Fuhrmann also wrote skits and plays that were staged there.

He was considered a one-man chamber of commerce for St. Tammany Parish, with noted success in theater, baseball and art. In addition to being a theater operator, he managed a tri-state baseball team called the Majestics. He believed that every good town needed a good baseball team.

He welcomed local civic groups to use the Parkview to promote special causes and fund-raising events. In December of 1916, the Fire Department helped sell tickets to shows at the Parkview Theater for the benefit of raising funds for new equipment.  The fire department agreed to the purchase of 1000 adult tickets at five cents each and 500 children's tickets at 2 and a half cents each. The Covington Fire Association would then sell the tickets for five and ten cents each. 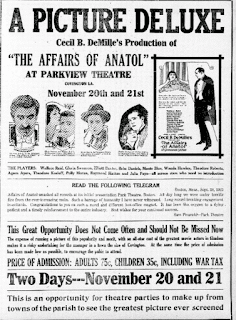 In the 1915 map below, a "motion pictures" theater is shown in the building (blue) that was across the alleyway from the parish courthouse on Boston Street. 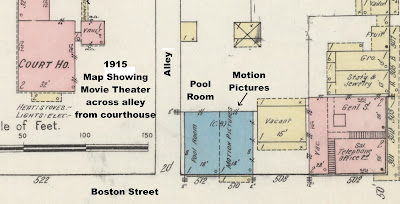 In 1917, the looming threat of war chilled the local economy and there was some thought the theater would have to close. But the editor of the St. Tammany Farmer newspaper fought for the continued operation of the Parkview, giving his reasons in an editorial on May 26 .(Click on image below)

Meanwhile, over in Abita Springs, the Airdome of Abita Springs was offering dances and moving pictures to that community. An April 7, 1917, article in the Farmer stated that the Abita Airdome would be a place of amusement that will prove attractive to a large number of people. "The film service will be excellent and every effort will be made to please the patrons," the article said. The theater had been remodeled and improved, and an Easter dance was being planned, along with a five-reel moving picture called "The Golden Claw."

A two-reel Keystone comedy was also on the agenda. Included in the night's entertainment would be a band from New Orleans providing music. Admission to the Abita theater show was ten cents for children and 15 cents for adults. Attending the dance cost extra. 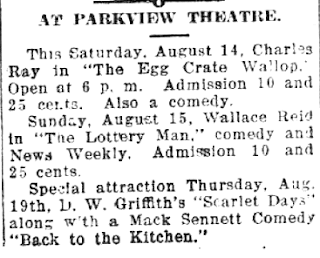 Meanwhile, down in Mandeville, the Hip Theater was gaining the attention of the community. 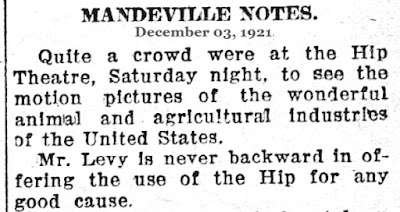 By 1926, the Parkview had become inadequate to handle the crowds at many of the entertainments, so something had to be done. A group of businessmen in Covington decided they needed a bigger, newer motion picture theater, and that led to the building of the Majestic Theater, located on New Hampshire Street, half a block south of Boston Street. Fuhrmann painted murals on all the interior walls of the Majestic, scenes from St. Tammany Parish, trees draped with moss, moonlight on the waterways, etc. Theater patrons marvelled at his artistic ability.

The opening of the new theater was a grand event, attended by hundreds of people, surrounded by 300 automobiles. 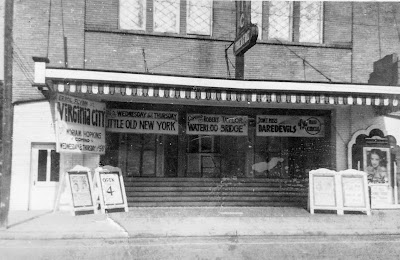 The entrance to the Majestic Theater in 1940. Photo submitted by Mike Pittman, Remember Covington The Way It Was Facebook Page. 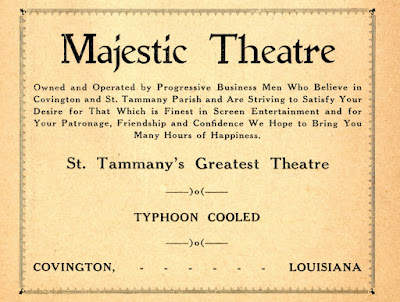 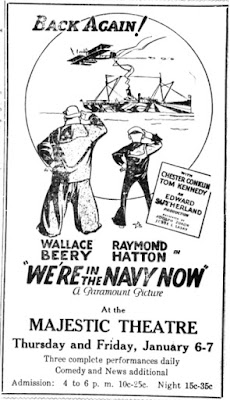 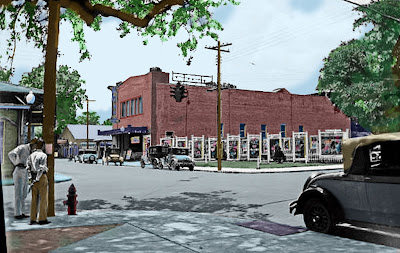 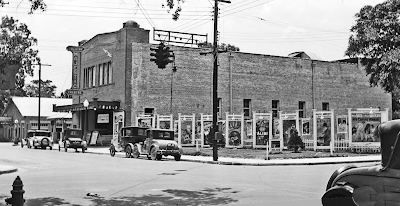 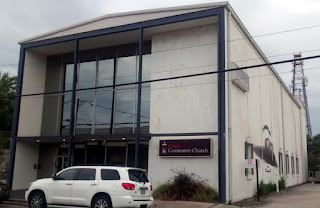 The building which once housed The Majestic Theater

The Majestic was home to not only the latest motion picture releases, but it continued the Parkview tradition of vaudeville, talent nights, and dance revues by local dance schools.

Fuhrmann believed that the local theater should be used as a "springboard" for local talent, which should be encouraged and given a stage upon which to perform.

To keep interest up and let people know of coming events at the Majestic, he and his daughter would ride around town in a sound truck, broadcasting the latest about what was coming to the theater.

Longtime Covington resident Norma Core recalled the days of the Parkview Theater and the Majestics grand opening in this late 1970's interview with Bryan Ireland:

In the late 1930's another theater was opened by Fuhrmann, this being the "Deluxe," located on New Hampshire Street, just north of Gibson Street. 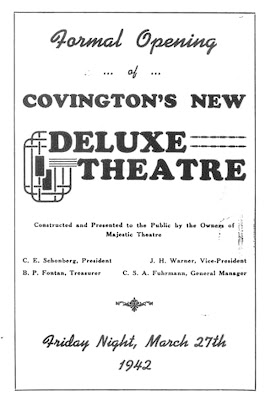 The Deluxe was plush, elegant and well-appointed, showing the latest Hollywood blockbusters and MGM musicals as well as new Technicolor films. One of the biggest showings was that of "Gone With The Wind." 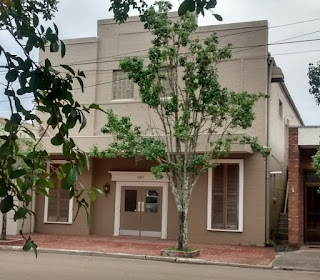 The building that housed the Deluxe Theater

Pat Clanton, Fuhrmann's daughter, remembers as a young girl she and her friends dressing up in Antebellum costumes and serving as ushers for the showings. "People were excited about going out to see Gone With The Wind," she said. "They talked about it for weeks before it came. It was really special."

Movies usually only played for two or three nights, but "Gone With The Wind" played for an entire week, with tickets being sold with assigned seat numbers printed on each one. 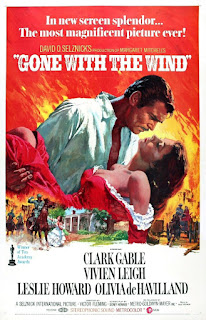 In addition to his Covington shows, Fuhrmann also operated theaters south of Covington, the Madison in Madisonville, and the Lake Theater on the Mandeville lakefront at Girod Street. They continued to run for years through World War II. 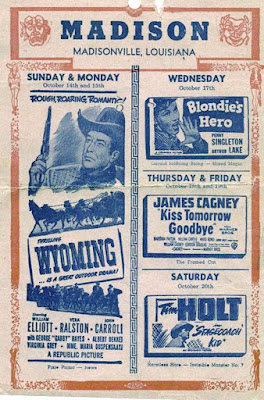 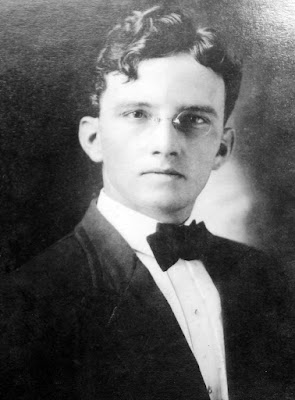 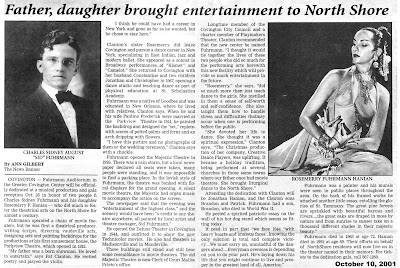 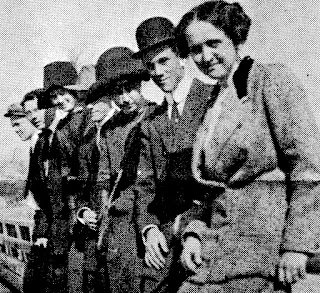 Furhmann died in 1963, and years later he was honored by the City of Covington with the main auditorium at the Greater Covington Center being named after him. That facility on Jefferson Avenue is also a center for the performing arts, as well as the city's administrative offices. 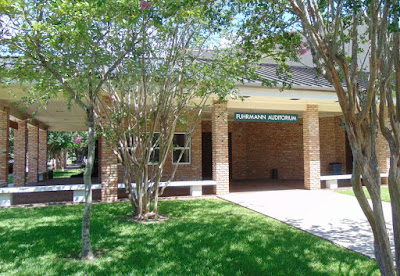 See also:
The History of The Star Theater

The Park Drive In Theater