What do science and math teachers do during their summer vacation? Several years ago a number of teachers from St. Tammany Parish and surrounding areas took part in the Michoud Education Fellow Program (MAF), an unusual learning experience that brought them to the Michoud Assembly Facility in New Orleans for tours, discussions, and meeting with astronauts, engineers and builders of America's most advanced space hardware. 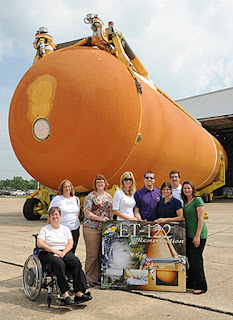 The teachers completed an intensive two week summer internship at MAF and Stennis Space Center, learning about all kinds of leading-edge science and engineering to take back to their classrooms.

The professional development program was the result of collaboration among St. Tammany Parish Public Schools, Louisiana State University/Louisiana Space Consortium (LaSPACE), and NASA’s Marshall Space Flight Center/Michoud Assembly Facility. The pilot program was held 2008-2009. The unique opportunity for professional development within NASA’s Michoud Assembly Facility offered teachers a working model of what they want their students to be able to do in a real world setting. 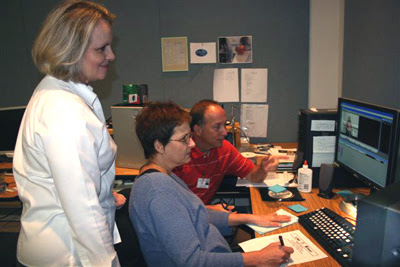 The program continued for three more years and included the teacher participants producing educational videos with the help of Channel 13, the School System's television production department. They video-taped interviews with engineers, multi-media specialists, scientists, and other professionals on site, then returned to the David Treen Instructional Technology Center in Mandeville to complete the video productions. The videos illustrated for students how science, mathematics and communication skills are used by the scientists, engineers and other professionals at the Michoud Assembly Facility. 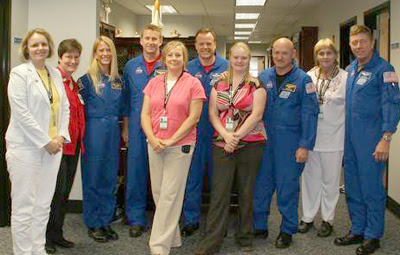 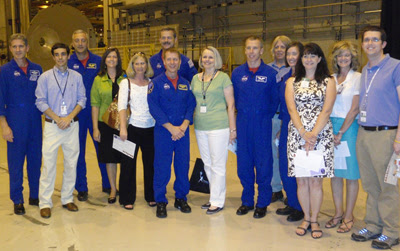 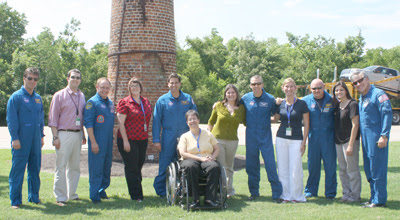 Teachers were even encouraged to design their own mission patches each year.

Here is a press release and photo from the first program. 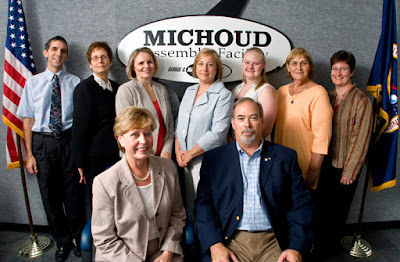 Five Louisiana teachers were recognized July 25, 2008, for their participation in the LaSpace/NASA Michoud Education Fellow Program at the Michoud Assembly Facility in New Orleans. For the 2008-2009 school year, these teachers were paired for three, two-week sessions with department heads, engineers, chemists and welders at Michoud to learn first hand about science and technology careers available to their students in their own backyard of New Orleans. 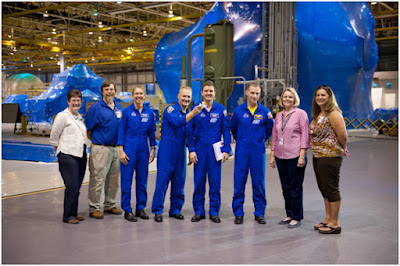 August 20, 2008: Teachers Get Inside Look At Michoud Facility

Click on image above for larger, more readable version.