Members of the St. Tammany Retired School Employees Association met Thursday, November 9, for a special health services information fair and a Salute to Veterans of the U.S. military forces. President Roxanne Lagarde welcomed the more than 60 association members present, including several new members, and thanked the many exhibitors who turned out with health care information on a variety of topics.

In observance of  Veterans Day on November 11, she read a special poem honoring Veterans and thanked those in the audience who had served their country in the military. Many members wore patriotic colors in honor of the day, including one that carried the message: Home of the Free BECAUSE of the Brave.

Lyn Monteleone, first vice president, reported that new members were signing up regularly, making this a record-breaking year with the highest number of new members joining so far. The association holds several meetings each year, including the all-important legislative meeting in January, which delves into topics of interest to retirees such as pending legislation on retirement benefits and insurance. 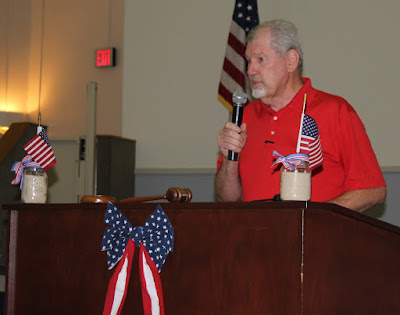 This year's hot topic is the push for a new Constitutional convention, according to STRSEA Legislative Chairman Jack Loup. He asked all those present to write letters to their U.S. Senators to ask them to repeal two unfair laws that penalize retired teachers who also collect social security based on jobs they had before they became educators. Social security benefits are often reduced to those teachers and their surviving spouses who are also members of the state teacher retirement program. 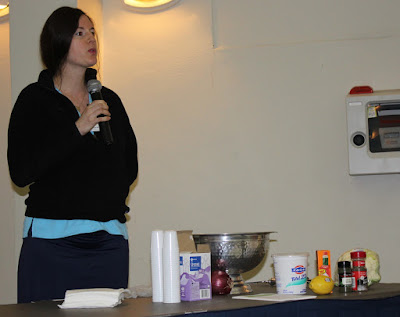 Jessica Ponze with the Community Wellness Center at St. Tammany Parish Hospital gave a "healthy cooking" demonstration, making (and handing out samples of ) potato salad made with cauliflower and Greek yogurt instead of potatoes and mayonnaise.

Reports were given by Tom Lusignan on the upcoming applications for this year's Educational Grant given by the organization and Ron Barthet on the printing and distribution of the new Membership Directory for 2017-2019. Among the organization supporters on hand were the St. Tammany Federal Credit Union, and among the exhibitors taking part in the health fair were Humana, St. Tammany Parish Hospital, Walgreens, Silver Sneakers, Mary Bird Perkins Cancer Center, the Sleep Disorders Center, and the Ochsner Health Network.

Here are some photographs from the event held at the David C. Treen Instructional Technology Center in Mandeville on November 9th. 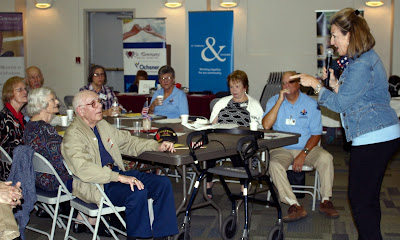 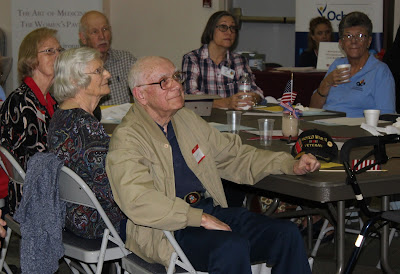 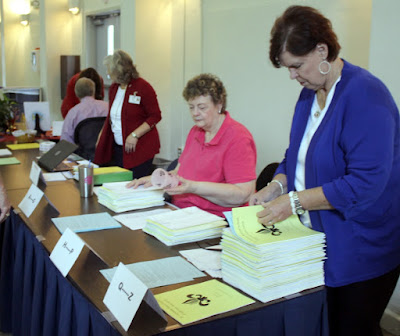 New membership directories were distributed to those present.