An intricate scale model of the Jahncke Shipyards in Madisonville, as they were around 1918, was unveiled at the Lake Pontchartrain Basin Maritime Museum Thursday morning by Director Don Lynch and the model maker Lowell Ford, 75, from California. 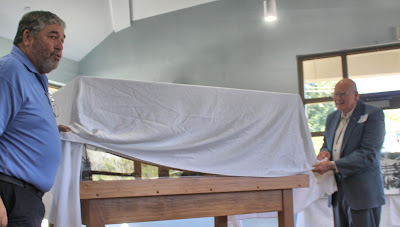 The diorama, some three feet by five feet in size, and 24 inches tall,  features shipways, sheds, old trucks, and railroad tracks, as well as a highly-detailed model of the "Bayou Teche" shown as it was being launched amid gala festivities. 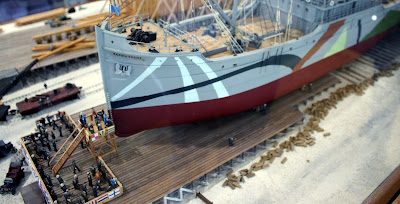 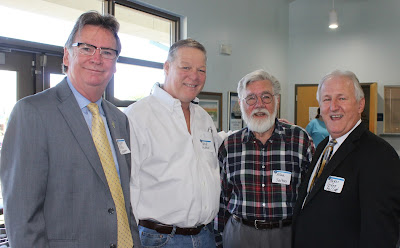 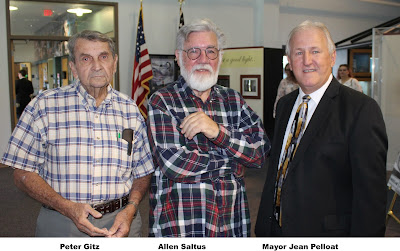 In attendance were a number of the members of the Jahncke family: among them being Steven Grant Jahncke,  Davis Jahncke, Edward Jahncke, Robert Jahncke, Lorraine Jahncke Ownby, and Laurie Leonard. 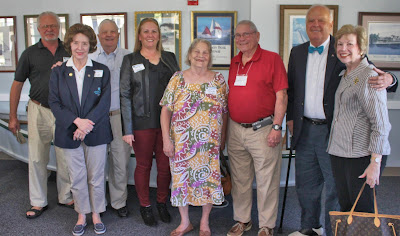 Lynch stated that the museum has close ties with the Jahncke shipyards since it is located on the southern boundary of the former shipyard site.  He noted that Ford is a member of the Schrieber family, who are descendants of the lighthouse keeper who maintained the Tchefuncte River lighthouse. 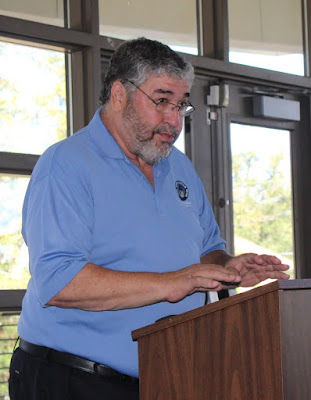 "We want to thank Lowell for his contributions to the museum, many more than just the one today, but in the past he has also done for us the steamboat "New Orleans," and he has rebuilt a steel Liberty toy ship. He brought it back to California with him, re-worked it, and then brought it back to us."

Lowell Ford was presented with a token of the museum's appreciation by Director Lynch. 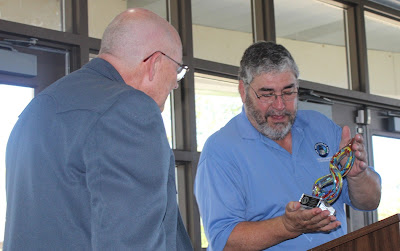 Ford stated that World War I, the "war to end all wars," was a very vicious thing and supplying that war with the necessary supplies was very critical. "Because of undersea warfare, submarines, there became a shortage of transport ships to get the necessary supplies to Europe. So the federal government had one of its architects design a ship made of non-critical materials that could do the job, a wooden ship."

That's how they arrived at the date of 1918 for representing the shipyard, when Jahncke was getting government contracts to build several of the vessels. The model is built to the  scale of 1/8 inch representing one foot. 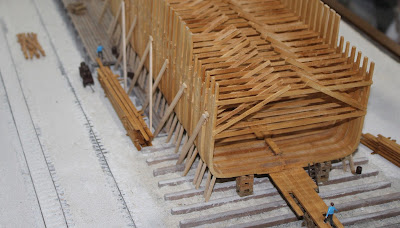 The model was built using Louisiana cypress and jelutong, a wood used by model makers for its durability. The diorama displays two "shipways," one holding a half-finished ship that shows the interior framing, and the one a fully constructed "Bayou Tech" as it was being launched. Some storage sheds and Jahncke office buildings were also included. 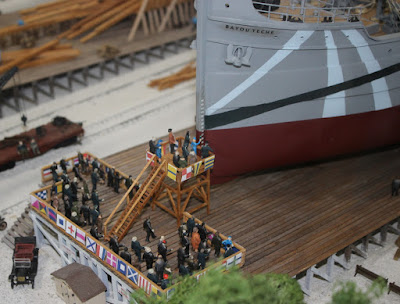 Ford explained that "it started out with a tremendous amount of research on the internet to find the drawing plans for the ships, and then to scale them, and then to fill in all the gaps."

He said that the photographs of the Jahncke shipyard in action were indispensible, although he did remember many of the buildings from seeing them when he went to high school in the town. 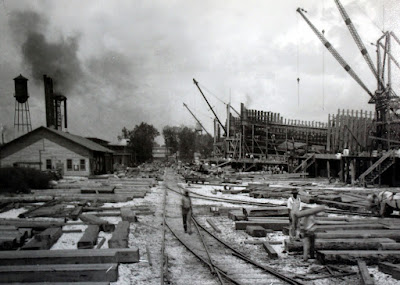 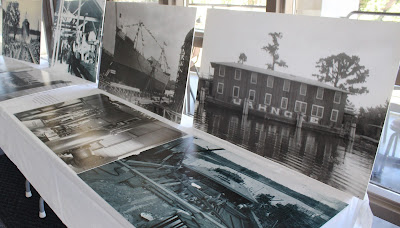 He used a large number of photographs of the shipyard as a guide, high-quality photographs that showed almost every aspect of the operations of the facility during the height of World War 1 when up to two thousand men worked to build ships needed for the war effort. Many of those workers were housed near the site in dormitories.

The photographs of the shipyard on display in the room were provided by the photo collection of the late Rusty Burns, the archives at Southeastern Louisiana University, and the Walter F. Jahncke collection.

"It's been a labor of love, building this model, as well as a desire to support this museum," he said. "This museum provides extraordinary educational opportunities for young people, which is what we need more of in this country. " 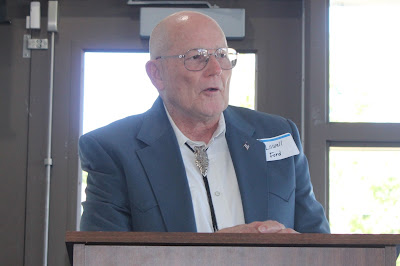 "I have had so many people compliment me on my ability to build models," Ford went on to say. "I'd like to say that the person who taught me how to do all of that was Joseph Schrieber, and he was born right here in Madisonville in the lightkeeper's cottage.  He was an excellent model maker. He started building model airplanes and ship models and taught me how to do it."

"He was a real mentor to my cousin Bobby Schrieber and myself," he explained. "We both learned a lot from him. What you see here today is a result going all the way back to those days with my family, and I hope you enjoy it."

Joseph Schrieber was the son of the lightkeeper Frederick A. Schrieber who worked at the Tchefuncte lighthouse between 1920 and 1935. 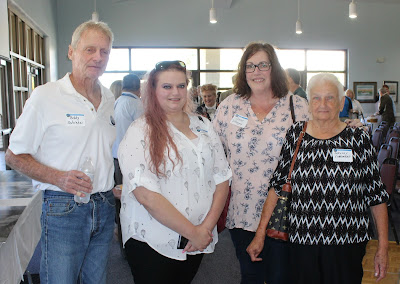 Members of the Schrieber family

In telling about how the high-resolution Jahncke shipyard photographs were discovered and saved, Steven Grant Jahncke explained that after he moved into his grandfather's home at Waldheim Gardens near Covington, he went through some boxes in the attic of the old carriage house and found dozens of glass negatives, pictures that were taken by the U.S. Navy to document the construction of the ships and the development of the Jahncke Shipyard in Madisonville in the very early 1900's. 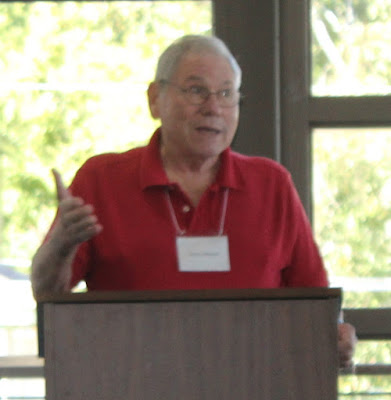 Not having the technical gear needed to print the negatives, he gave them to Allen Saltus with the maritime museum who forwarded them to the archives at Southeastern Louisiana University where they were digitized and preserved. Copies are available if  a person wants a print, he said.

Mayor Pelloat welcomed those present to Madisonville and said that the unveiling today represents the town's past, when skeletons of large ships towered above the landscape, and but it also represents the present as master carpenters continue the boat building tradition at the museum. 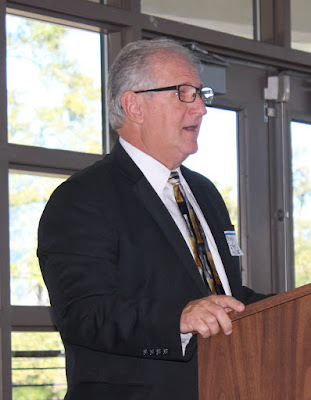 The Jahncke Shipyard was a major producer of navy and merchant ships for many years up to and including the mid-1950's when they were still active in building ships and dismantling ships.

Ford's diorama was constructed in his workshop at his home in Torrance, California. The diorama was brought to Madisonville from California in his truck and will become part of the museum's permanent collection.

On display in the back of the room was a rowing skiff that was believed to have been built at the shipyard. 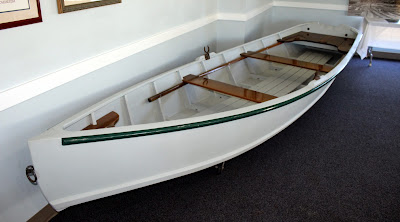 A large number of persons turned out for the unveiling ceremony. Here are some photos. 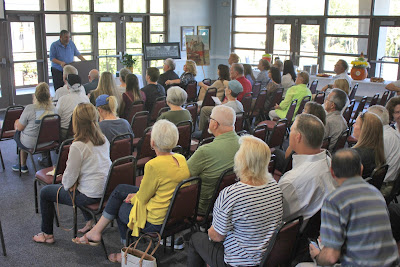 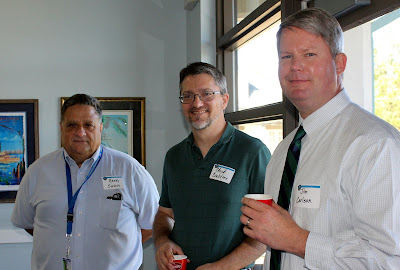 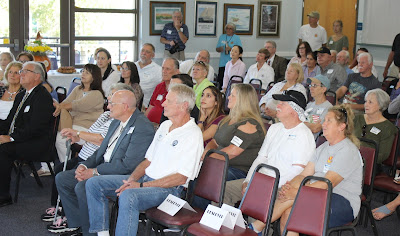 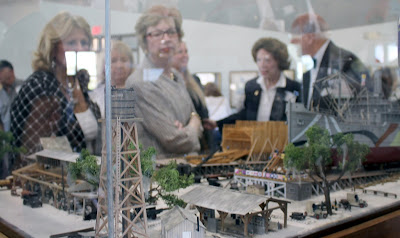 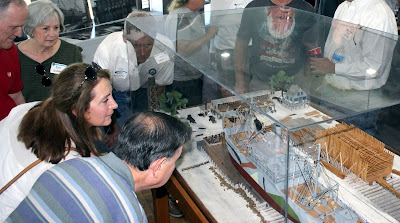 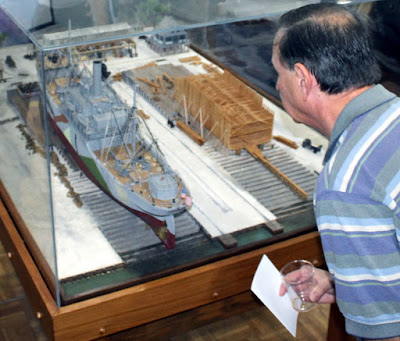 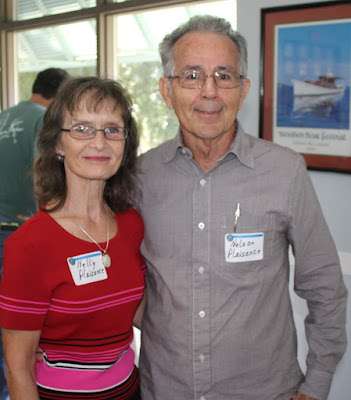 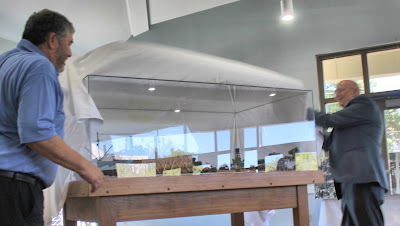 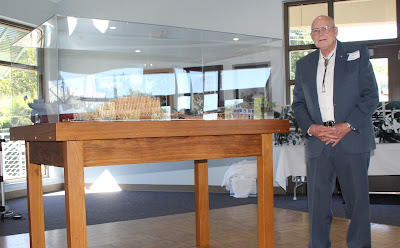 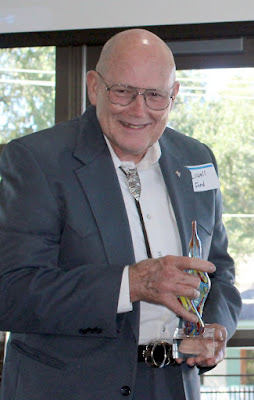 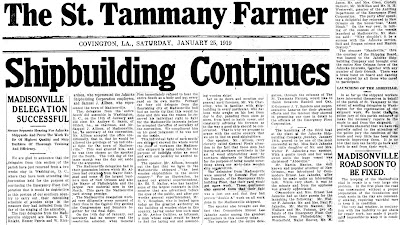