Fifty years ago, in 1968, the Louisiana State Firemen's Association met for its annual conference in Baton Rouge. St. Tammany was well-represented at the event with members from several fire companies.

Members of the association from each community fire department, most of them volunteers, were listed in the pages. Pictures were included of the fire department members from Covington and Slidell. Click on the images to make them larger.

Here are the members listed for several St. Tammany firefighting companies from 1968. 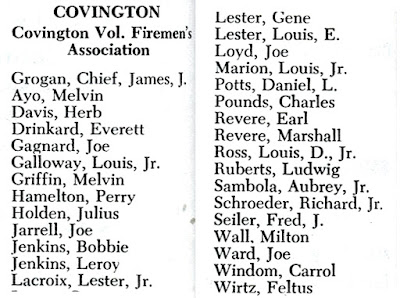 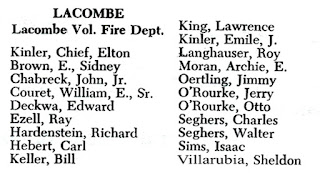 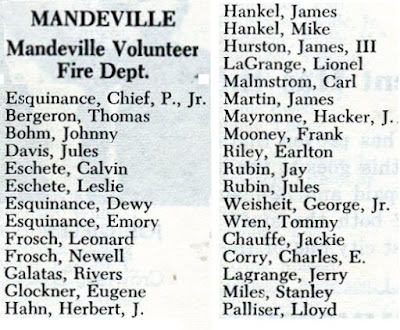 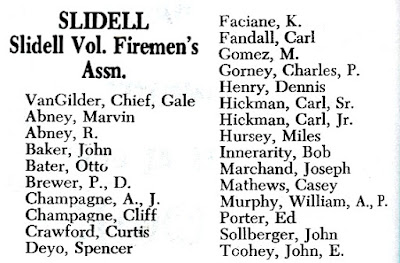 Here is the cover to the conference's booklet. 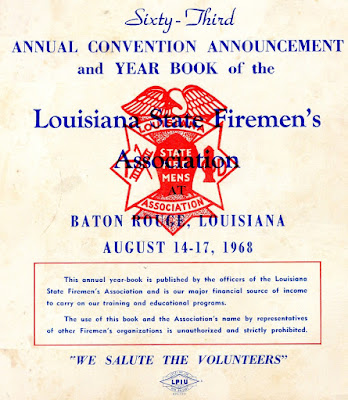 A few of the cities served by those firefighters bought advertisements in the program. Here are the city ads from Covington and Slidell and some accompanying commercial building advertisements, all from 50 years ago back in 1968. 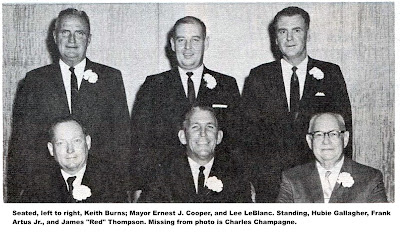