Here are a couple of articles about the fire that destroyed the Playmakers Theater Barn in July of 1976, the community reaction to it, and the plans to "go on with the show." Quite an adventure in overcoming adversity and re-acting to tragic circumstances. 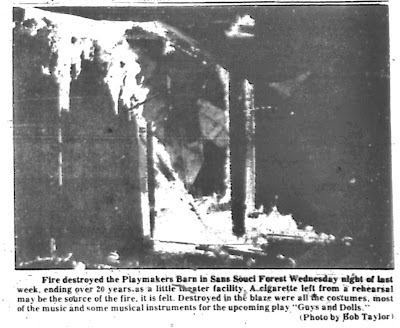 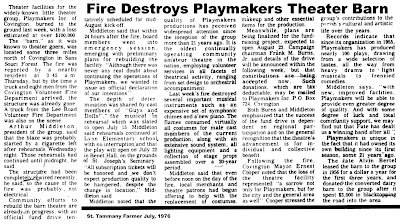 On July 29, 1976, the following article appeared in the St. Tammany Farmer:

The Show Must Go On: The Aftermath of the Fire

"Theater in a Barn," that is what the Dixie Roto magazine called the Playmakers Inc. little theater group in Covington in its December 11. 1955 issue.

The converted dairy barn in Sans Souci Forest burned into oblivion two weeks ago, taking with it scores of places, hundreds of lines of dialogue; and thousands of stage entrances and exits. As the embers of the charred debris lost their glow one by one, the memories of plays gone by took their place, renewing the glow in the minds of those who had taken part in those productions.

The first play in the barn was accompanied by the sharp smell of still fresh paint. Outside was a cold drizzling rain, and those who had braved the elements were treated to the production of "Kind Lady."

The group had presented earlier plays- "Too Many Husbands" was performed to help the local PTA buy folding chairs, and "The Curious Savage" was performed in the high school auditorium not long after that.

From then on, the group was. hooked. Playmakers became a reality and the barn became their home. Leasing the barn at a dollar a year from the late Alvin Bertel. the group practically rebuilt the structure. converting it from a termite haven at the end of a twisting bridle path to a suitable playhouse at the end of a scenic  blacktopped drive.

The theater was on land that was once the estate of lumberman Carl Bougere, the Dixie Roto article said, and his mansion, at one time a showplace, had burned down. The 1947 hurricane destroyed the silo next to the barn, making its foundation a convenient intermission concessions stand.

The 40 early members of Playmakers set about rebuilding the barn with quite a bit of enthusiasm. The first step in the project was simple: the theater was a former dairy barn, so everyone got busy with a shovel. Then a stage was built, several walls replaced, the roof altered, electrical wiring put in and everything given a coat of paint.

"Most of the members didn't know much more than how to pulverize their thumbs with a hammer," it was said.  Among the first night problems were these: when the lights on the set were turned down, the lights in the dressing room also went out; and when a doctor character pulled the wife of the archvillain off a couch, he accidentally tore her dress off.

The director for that first production in the barn was T. William Howard, a psychologist at Southeast Louisiana Hospital in Mandeville. The Dixie Roto reporter asked him what was behind the drive to work long hours in building and rehearsing, and to spend three nerve-wracking evenings performing before a crowd, all of this after they've worked a full day at their regular jobs: Why do they do it? What do they get out of it?

Shortly after the tragic fire, Jim Metcalf of WWL television came over to film a closing tribute to the dairy barn turned theater. He had filmed a feature on Playmakers and its playhouse a year ago, and he rebroadcast portions of it along with the latest film.

The hearts of scores of Playmakers workers ached as they viewed last year's feature, the footlights shooting onto a bare stage, the narrow rows of seats slanting upwards, the utter quaintness, the charm of the setting itself.

The Playmakers will rebuild on the same spot, but whatever is constructed will never take the place of the old dairy barn. That cherished old structure mav have been consumed by fire, but it was a blaze which has fired anew the memories and dedication of many. Playmakers has passed that test of fire. 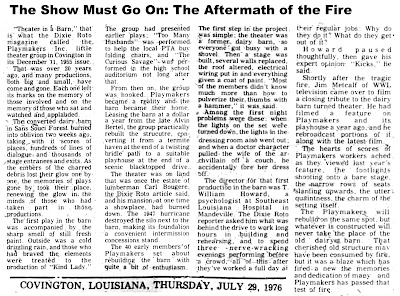 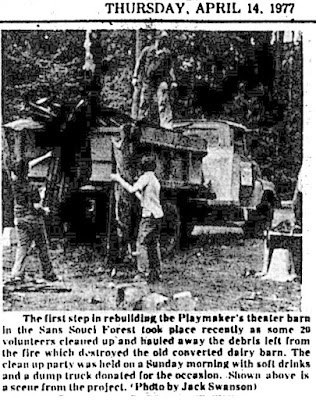 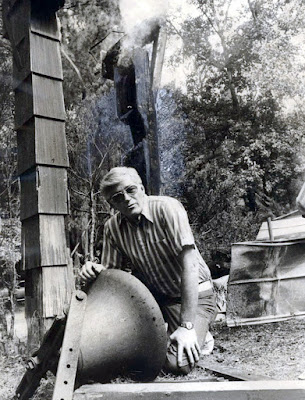 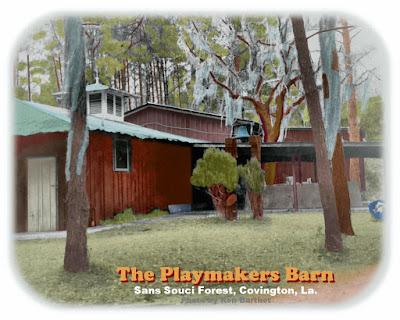