This fascinating video from Lacombe historian Tom Aicklen explores the rich maritime culture of Southeast Louisiana through the history of its early wooden boats used for fishing, logging, travel and commerce. The video was released in 2013 and focuses on boats used from Lake Pontchartrain to the Gulf Coast and through the many rivers, marshes and swamps of St. Tammany Parish, Louisiana.
Click on the PLAY triangle below to view the video. If you can't play the video,
then CLICK HERE for a direct link.
Researched, written, directed and narrated by Tom Aicklen, Louisiana Video Productions and Lacombe Heritage Center; the video producers give special thanks to Dr. Val Husey, Ph.D., Robin Krohn, The Biloxi Seafood Industry and Maritime Museum and the Joseph T. Butler Traditional Boat Building Center at Nicholls State University, Thibodaux, Louisiana. 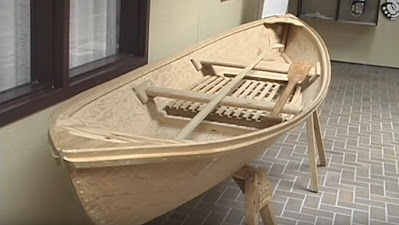