In 1962 a status report was given for the relatively new St. Tammany Parish Hospital in Covington. The report was part of a Covington SesquiCentennial tour. Here is that report:

The St. Tammany Parish Hospital was opened in December of 1954, with a total capacity of 30 beds. The hospital was built at a cost of $350,000, half of which was an out right grant from Hill-Burton Funds, and the other half has and is being obtained from tax millage. In 1958, a 15 bed addition was made to the Hospital. The present 1962 bonded indebtedness of the hospital is $66,923, which indebtedness will be retired with bonds in 1978. 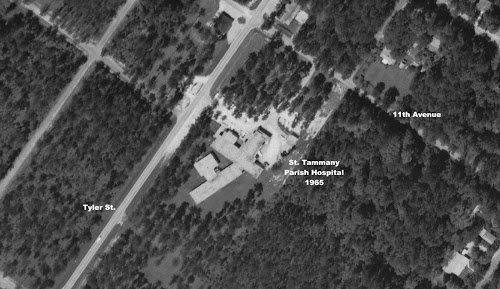 At the present time, the hospital is operating at 126% occupancy, and plans are underway to increase the bed capacity to 88 beds, which will include new facilities for the operating room, obstetrical department, nursery, x-ray, laboratory and other services.

"This we hope will be obtained by another grant from Hill Burton, and a revenue bond issue, wherein the hospital itself will retire the bonds with no additional taxation being involved," according to the report.

For an aerial view of the hospital in 1965, click on the image. 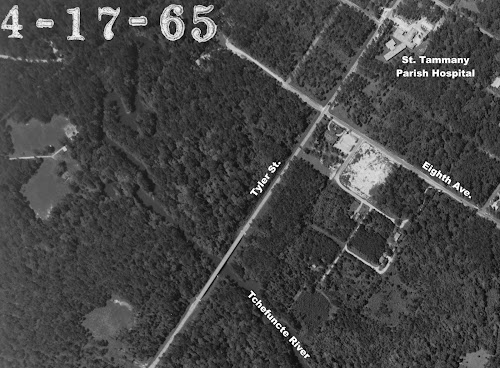