The history of St. Tammany Parish Hospital in Covington is available by CLICKING ON THIS LINK. 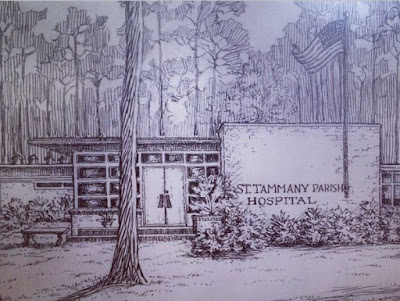 The Women's Progressive Union of Covington began talking about the need for a hospital in 1946, and after eight years of members promoting the idea by speaking to churches, missionary groups, farmers and sewing circles, plans were made to go ahead with the project.

The police jury called for a bond issue vote, and together with federal funding, a ground breaking ceremony was held on May 4, 1953. 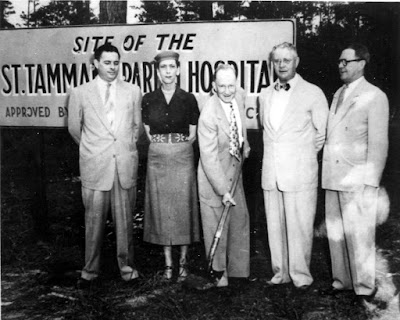 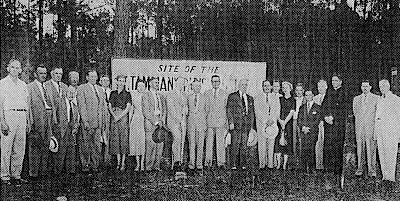 The hospital opened its doors to patients 18 months later in December of 1954. It cost $365,000 to build, with an initial inventory of 15 beds. Almost immediately expansion projects were started, with another 15 beds added in 1958.

Expansions continued throughout the 1960's and 70's. Many of the additions were funded in part by donations and contributions by individuals and community organizations. Soon there were private rooms, the nursery, pediatrics, operating rooms and more parking lots.

The hospital now has 232 beds following the completion of a major renovation and expansion project three years ago.

CLICK HERE to see an aerial photograph of the hospital in 1975. 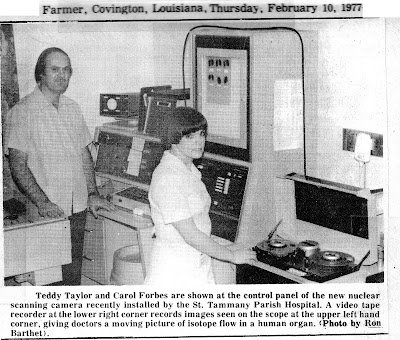 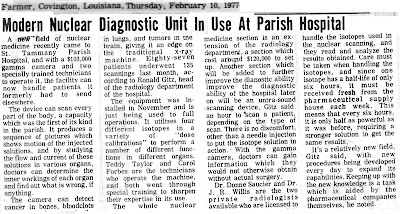