This photo shows Chief Deputy Clerk Bea Erwin at left with her daughter Linda in the St. Tammany Parish Clerk of Court office in the mid-1970's. She was named Interim Clerk of Court to serve out the remaining term of Bob Fitzmorris when he died in office in 1975. 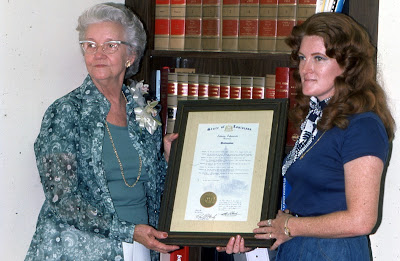 A native of Covington, Mrs. Erwin went to work in the Clerk's office in the early 1940's after graduating from Lyon High. She was the daughter of Benjamin C. and Tina Erwin and the sister of Andrew L. "Red" Erwin. She died in 1991 at the age of 79. 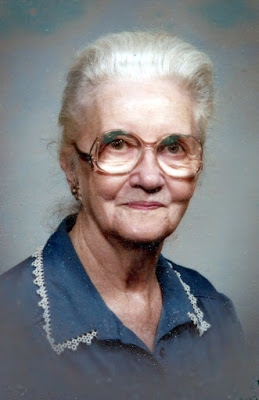