The article below tells about Covington area artist Ann Gauthier. It was printed in a 1973 issue of Pathways Magazine. 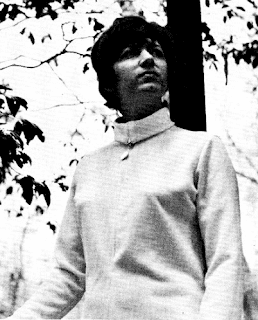 Here is the text from the article:

The name of Ann Gauthier is readily recognized among art circles and critics. Several of her excellent pen and ink sketches are included in the St. Tam­many Art Association's calendar. Ann, a talented young artist, has been "draw­ing something" all of her life - at least as long as she can remember. As with many artists, she finds herself totally interested in one particular medium or form of expression at a time.

She has done many pastel portraits. She is a perfectionist, often doing a por­trait several times until not only the client but she is satisfied. Many times the client is happy, but Ann feels some­thing wrong within the composition and will re-do it. Many of her pastels are in homes in the Baton Rouge area.

About two years ago, Ann became interested in the older homes of St. Tammany Parish. She had just begun to paint again after taking time out for the birth and early years of their three children. As she became more and more interested in these houses, she began painting in earnest, both in water color and in oils.

Her portrayals of deserted old shacks have that necessary ingredient of "life" that only talent, feeling and technique combined can give to any type of artistic expression. Several of these pictures have been sold through a decorator in Baton Rouge.

Ann's only real training was under the late Johil McCrady of New Orleans. Upon completion of her class with him, she was employed as a commercial artist in New Orleans. She worked for the Motion Picture Advertising Company and also for the Standard Coffee Com­pany. It was then that she married and moved to Baton Rouge.

During this period Ann did a great many oils. Some are still lifes, such as floral arrangements and one particu­larly lovely study of a girl playing with a cat under a tree.

The charming studio, on poles, nest­led against the bank of the Little Bogue Falaya River, is an artist's dream. The woods surrounding and the view from the porch of the river and sandy beach are incredibly serene and beauti­ful.

Walls of their home and studio are filled with her very fine paintings. She is currently working on a pastel portrait of her husband and has new ideas and plans for several more in mind. Ann has al­ways liked to work with people, and her portraits reflect this interest and genuine love of people. She is again doing portraits after quitting them en­tirely for several years.

Active in the St. Tammany Art As­sociation, she is also Treasurer of the Newcomers Club in Covington. She is an actress and appeared in the Playmakers' production of "Cat On a Hot Tin Roof as the sister-in-law, Mae.

Ann Gauthier is a most delightful and talented person. 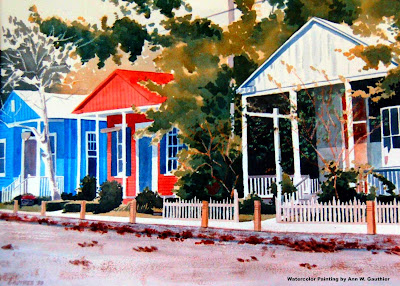 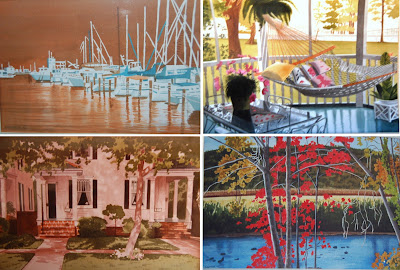 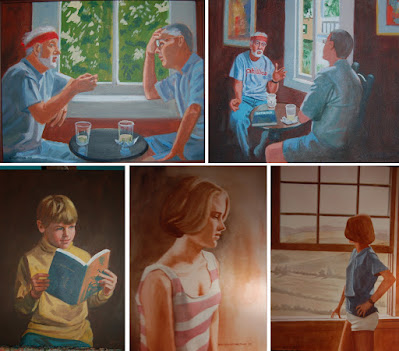 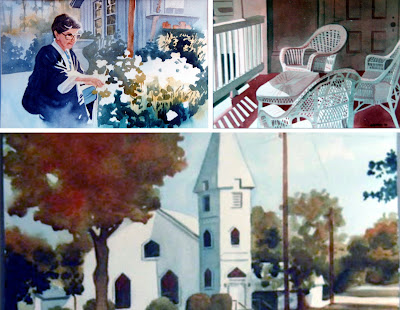 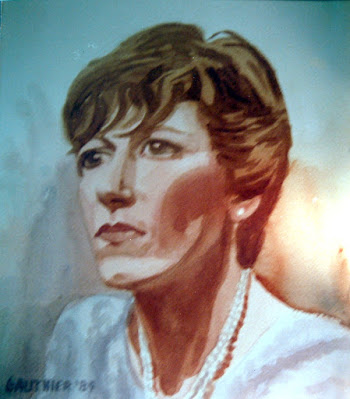 Ann Wilmot Gauthier Rappaport passed away peacefully at her home on Tuesday, December 3, 2019, at the age of 83 years. Here is some information from her obituary:

While living in Covington she was active in Playmakers Theater both on stage, winning acting awards, and behind the scenes. She was a well- known figure in Northshore art circles and was a member the St. Tammany Art Association, The Louisiana Watercolor Society and was a member of the prestigious National Society of Painters in Casein and Acrylic.

A gifted, self-taught pianist and accomplished artist, Ann began painting and drawing when she was eight years old. She studied at the John McCrady Art School. A contemporary and associate of the late internationally acclaimed artist Rolland Golden, she was one of a select group of artists who were invited to exhibit their paintings in his daughter's French Quarter Gallery.

She became a professional portraitist under the name of Ann Wilmot Gauthier after her first marriage while raising her three children. In 1970 she began painting with acrylics using the traditional watercolor approach of thin transparent washes on paper. She is a pioneer in this procedure. During that time in her life, she focused her style on strong contrasts of light and shadow.

In 1977 she began a career as a professional painter gaining recognition for her dramatic still lifes in which she brought out the tones and contours of objects bathed in warm morning light. Her life story and paintings were featured in American Artist Magazine in February 1991.

Quoted in the article by Rolland Golden…"creative, a fine technician. I think she's one of Louisiana's best artists," adding that her still lifes remind him of the work of Dutch Master Jan Vermeer, "but with a contemporary point of view. She has simplified things where the abstract shows through."

She was accepted in numerous local, regional and national juried competitions winning many of the top awards. Additionally, she was a featured artist in over 30 solo, two and three person exhibits in the metropolitan area and surrounding regions receiving favorable reviews on each occasion. During her long career, she donated many of her paintings to various charitable causes.

Ann returned with her husband to New Orleans in 1995 from Covington where they resided since 1970. In 2002 she retired from gallery affiliations and became interested in painting small, opaque acrylics on canvas which she continued to do in her studio at home until shortly before her death.