The Mandeville House - Lamarque at Lakefront

This house, at one time located at the northeast corner of Lamarque Street and Lakeshore Drive in Mandeville, was as famous for its fence as it was for its architecture and mystique. Click on the image for a larger view. 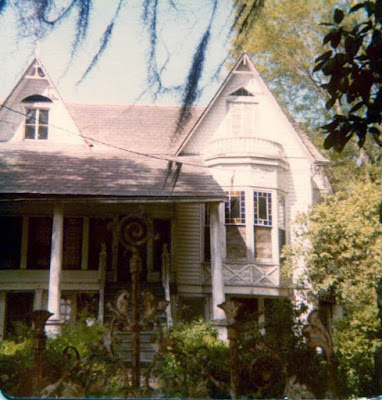 The house was a legend among lakefront homes, which is saying a lot. Its Gothic architecture was a favorite among locals, many of whom dreamed of owning the structure and restoring it to its former glory. In the rear of the large home was a fountain that was fed by an artesian well. 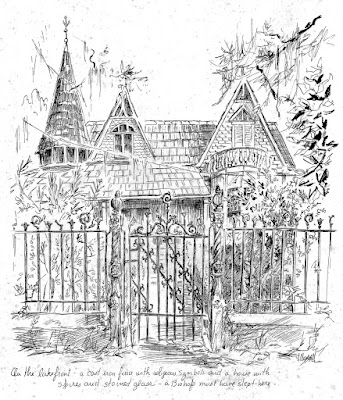 Visitors said the interior had a nautical theme, something that a ship's captain would build, with servants' quarters in the back. While many residents felt it looked like a "haunted house," they were probably just intrigued by its mystery. Even so, it was quite a lakefront attraction and even had its own picture postcard at one time.

A 1972 survey by LSU architectural students found the house of "architectural significance," along with many of the other lakefront homes with distinctive characteristics.

The fence around the house was saved, stored for a while, then re-installed and restored. Here are some current day pictures of the fence. 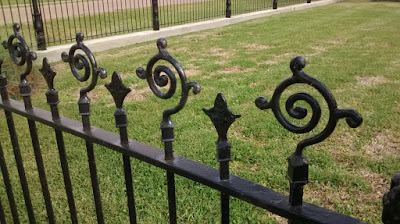 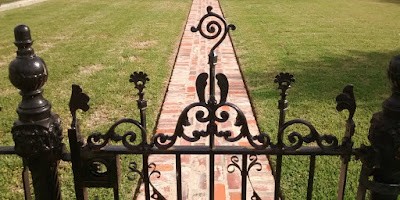