The Alexius Brothers Hardware store was located on Lockwood Street, across the train tracks from the Covington Train Depot. 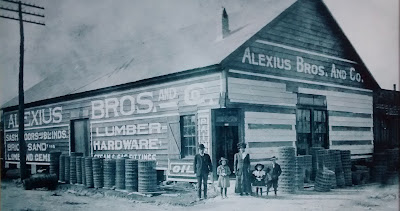 Alexius Bros. Hardware and Lumber, around 1917 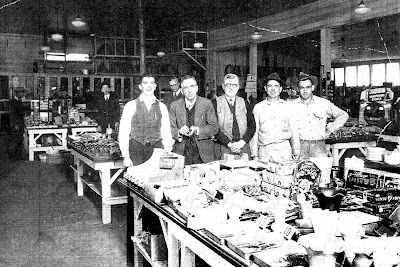 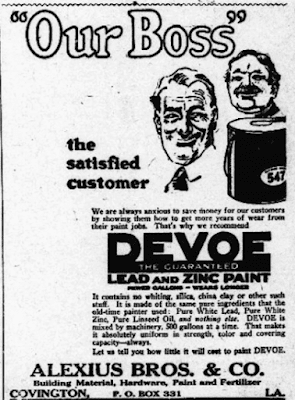 In 1907, Guido Alexius and his sons Alfred, Cintio and John, founded Alexius Brothers and Company; and later his son Horace joined in the business. In 1915, this landmark building, originally a gym where boxing matches took place, was purchased for use as a hardware establishment. Later in the 20th century, Guido's grandsons G.C. and Haller Alexius operated the hardware store at this location until 1985. 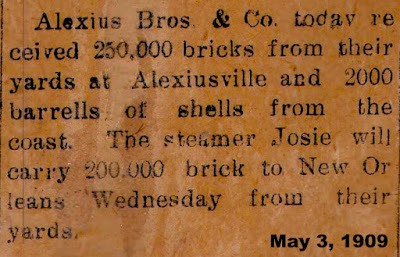 I remember visiting the hardware store with its row after row of bins filled with all kinds of hardware: nails, screws, nuts and washers, all sold by the pound.

Earlier this century, portions of the land were donated by the Alexius family for the construction of the Covington Trailhead.The Old Railroad Depot- The original depot faced New Hampshire Street with a passenger and freight terminal facing east. During the mid-1900s, the depot was moved one block to the present site (now a restaurant). 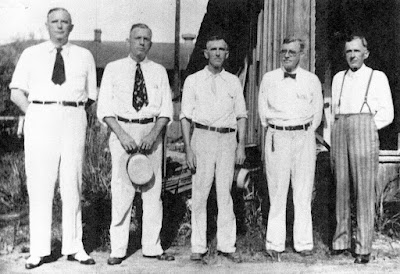 A 1930's picture of the Alexius Brothers: from left, Carl, Alfred, Horace, Centio and John Alexius.


Here is the charter legal notice for the business published in the Farmer on May 19, 1917. Click on the image to make it larger. 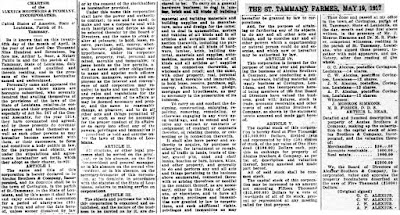 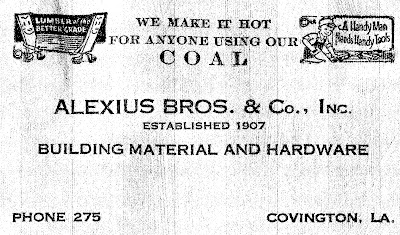