On April 19, 1995, several business people from St. Tammany Parish boarded a KC-135 tanker plane at the Belle Chasse Naval Air Station and took off for Washington, D.C., on what was called a "Boss Lift." It was part of a National Guard sponsored program to show appreciation to bosses who cooperate with their employees taking time off, when needed, to take part in their National Guard obligations. 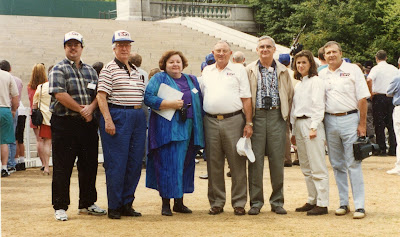 Some of the St. Tammany Parish participants who were on the trip were, from left, A. J. Giacona, Harold Digby, Belinda Levy, Jim LeBlanc, Lou Gavin, Kelli and Brian Jakes.

It's officially called the Employer Support of the Guard and Reserve program, and the agenda that day was to fly to Washington, tour the Pentagon, the Vietnam Memorial Wall, Arlington National Cemetery and a few other nation's capital landmarks, capped off with a reception that night attended by military brass.

The flight up to Washington went well, and we were treated to a mid-air refueling run, where another plane (an AWAC's radar survelliance plane) came in and was topped off via a long tube. 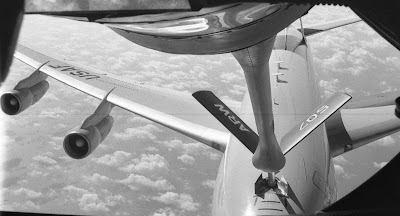 We landed at an Air Force base near Washington, seeing planes labeled "United States of America" on the ground while we were there. We then drove into Washington and began our Pentagon tour. During the tour, we started to hear rumors of something that had happened that morning (while we were in mid-flight) that had everybody a little on edge.

That was the morning of the Oklahoma City bombing, and the military and law enforcement everywhere were on alert, not knowing if the Oklahoma incident was just one event or tied into planned attacks on other military locations, such as, well, the Pentagon. As we continued with our tour, the participants began to get a little uneasy, but all went well. We didn't have smart phones back then, so there was no keeping up with the news as it developed on the situation.

The Pentagon is a big place, with long hallways filled with framed photographs of every top military officer since the very beginning. Lots of history there, as well as a lot of current events. It was pointed out that the little cafe in the Pentagon central grassy area was called, with good reason, Ground Zero Cafe. 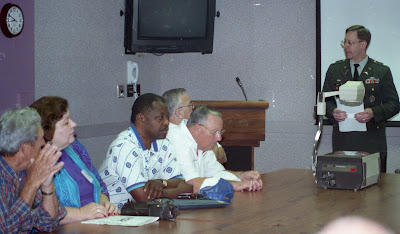 One Pentagon speaker said that he had noticed that different branches of the armed forces don't always speak the same language. The simple command "Secure The Building" meant different things to each armed service, he noted. To the Navy, "secure the building" would mean turn off the lights and lock the door. To the Army, it would mean to occupy the building and not let anyone enter, and to the Marines, it would mean launch an assault on the building, defend it with suppressive fire and close combat.

Meanwhile, "secure the building" to the Coast Guard would mean to clean up any environmental problems before entering the building, and the Air Force would take it to mean getting a three-year lease on the building with an option to buy.

It was a great experience for the business people, and a real insight to the workings of the National Guard, the Pentagon, and the national feeling of pride and patriotism that one gets just driving into the Washington D.C. area. Just six years later, the September 11 attacks would include the Pentagon we had just visited.

Here are some pictures of the trip. 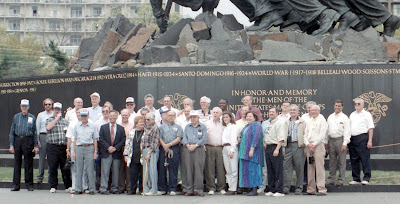 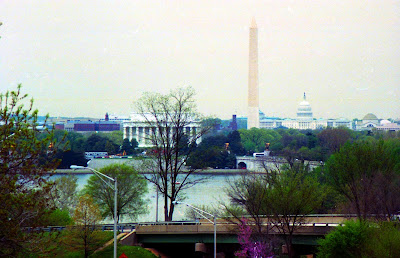 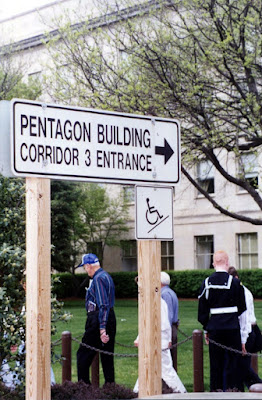 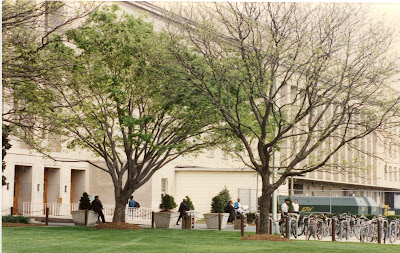 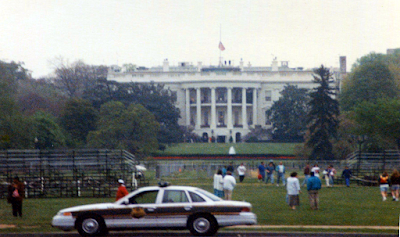 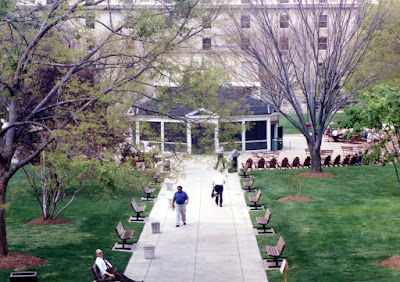 The Ground Zero Cafe at the center of the Pentagon 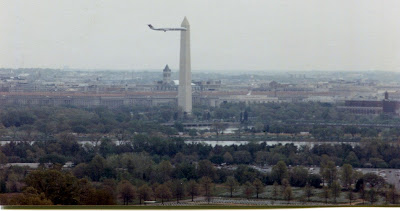 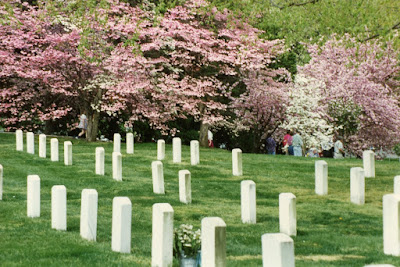 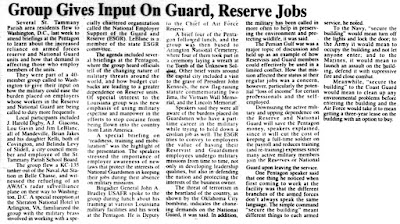 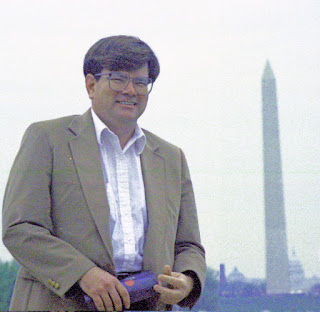