An interesting article about retired teachers (and principal) Leroy and Kathy James was posted by the St. Tammany Retired School Employees group recently over at its sttammanyretirees.blogspot.com blog. Here it is, reprinted from that webpage.

Spotlight On Kathy and Leroy James

Article and Photo By Rhonda Chambers

It was such an honor to sit down and interview this charming couple of 67 years!  At 92 and 89 years young it was definitely a privilege to hear of where they have come from and how they have chosen to fulfill their lives since retiring. 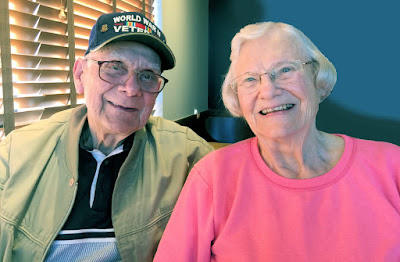 Leroy was educated through the Washington Parish School System where he attended a one room schoolhouse from grades 1-5.  He graduated at age 16 and attended LSU until he was called into the service during WWII.  He served in the Pacific US Army, and we applaud his service!

When he returned home from the war he attended Southeastern La College and graduated in 1949 with a degree in Agriculture.  He was hired by the Washington Parish School Board to teach in the “Vet on the Farm” program.  In 1953 he was hired by the St Tammany School Board and began teaching 5th graders at Lee Road Jr High where he remained for 7 years.

In 1954 he received his Master’s degree in Elementary Ed from Mississippi Southern College.  Leroy taught at Madisonville Junior (1-9) for 4 years until he was named its Principal in 1964.  In 1978 he began his tenure as the Principal of Madisonville Elementary where he remained until his retirement in 1986.

Kathy graduated from Walthall County School (MS) in 1946 and received an Associate Degree from Perkinston Jr. College in 1948.  She began her teaching career in 1948 at Thomas High in Washington Parish serving 2nd/3rd grade special needs students.  In 1949 she was assigned to teach 54 3rd/4th grade students at Walthall and then went back to Washington Parish to teach for the second time in 1950.

Kathy began writing Leroy when he was in the service, and in 1950 they decided to tie the knot. They had their son in 1951, and she became a stay-at-home mom.  In 1953 the James family decided to move to St. Tammany parish and settled in at Barkers Corner.  They eventually moved into Covington where they live today.

Kathy received her BS in Elementary Ed in 1954 from Mississippi Southern and was hired to teach 3rd/4th graders at Lee Road Junior in 1959.  In 1966 she became certified in Library Science and became the school’s librarian where she remained until her retirement in 1976.

Leroy rises at 4:00 am four days a week to get to the gym early.  Back in 1959 Leroy began participating in the St. Tammany Jail Ministry program, an activity that he still finds himself in every Tuesday night.  He views himself as an “encourager” and is there to celebrate recovery with the inmates.

Kathy enjoys cooking, where miniature fruit cakes and pies were her claim to fame.  She loves to work with the art of stained glass and making junk art.  After retiring Leroy put his woodworking skills to work by cutting pieces for an Adults with Special Needs group to paint and then sell to help raise money for their cause.  Kathy would pick up the unused scraps of wood and turn them into beautiful art pieces.

Leroy and fellow members of the 350th AAA Army Battalion had a reunion once a year, and in 1998 the James’ hosted the event in Covington.

When asked, as a child what did they want to be when they grew up Leroy said, “a farmer” and Kathy either wanted to be an interior decorator or a pathologist.

What are 3 qualities that got you where you are today?  They both agreed on respectful, kindness, and a relationship with God. They both agreed that their greatest extravagance was eating out! 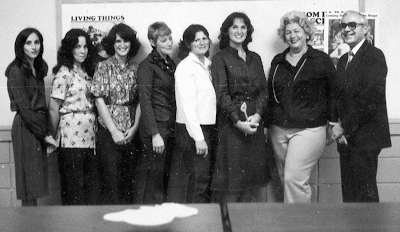 The Early Years of Madisonville Elementary