Tucked into one front corner of the Rennaissance Antiques and Gifts shop at 322 Florida St. in Covington is the Cafe Cabaret, an old-fashioned soda fountain and ice cream parlor. It became part of the Downtown Drugs store at that location some 25 years ago, and when the business transitioned to an antiques and gifts shop, the soda fountain continued its prominence in the front window showcase.   It is  a nostalgic place, a reminder of good times past.

Here are some pictures. Click on them to make them larger. 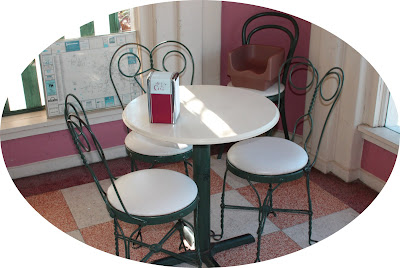 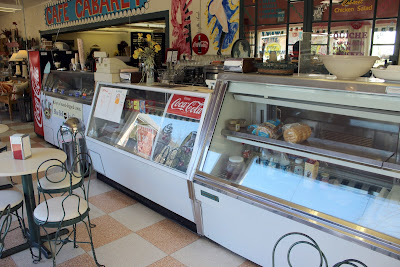 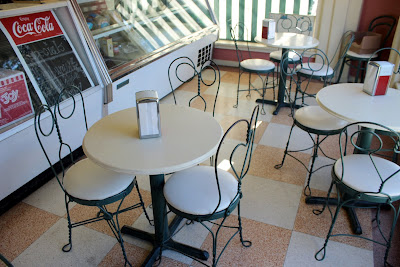 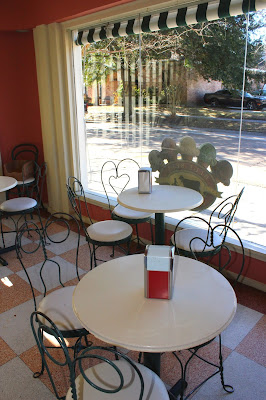 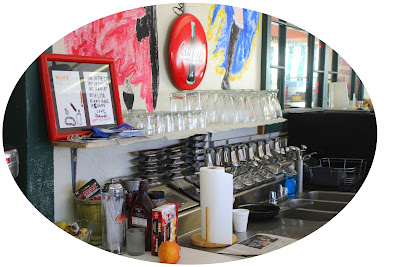 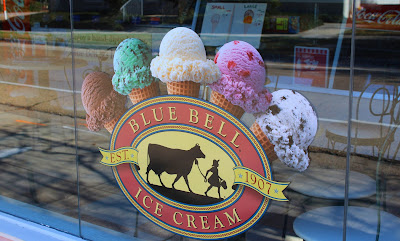 Years ago, Covington had four drug stores that offered soda fountains. They served milkshakes, ice cream and soft drinks. In fact, generally speaking, drug store soda fountains were practically the only place to get ice cream in town.

A newspaper article about the opening of the soda fountain 25 years ago is framed and hangs on the wall. It tells about Covington's love affair with soda fountains, places to get sodas, malteds, and sundaes. They were stocked with dispensers of syrups and toppings, several flavors of ice cream, long spoons and big straws.

On hand for the opening ceremonies 25 years ago of the Downtown Drugs soda foundation was Percy Theriot, who was described as the "last of the Covington pharmacists who remembered the original soda fountains." Theriot and his brother Stanley were the owners and operators of The City Drug Store which was in business between 1926 and the 1970's. It was located in the  300 block of Columbia Street. "In those days, the soda fountain was half of a drugstore's business," Theriot was quoted as saying. 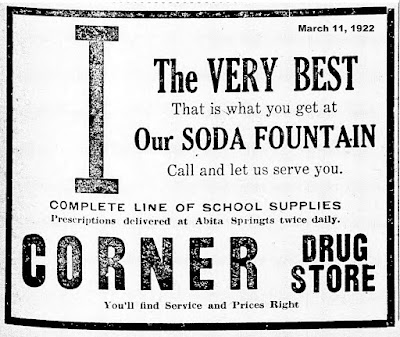