Forty-three years ago, in 1976, the Lower Mississippi River Forecast Center was tucked away in the Slidell NASA Computer Complex on Gause Blvd. It is the federal agency that keeps track of rainfall all throughout the Mississippi River basin so it can predict the flood stage possibilities downstream.

In January of 1976, the head of that agency's Slidell center gave a talk to the Mandeville Rotary Club about the importance of his work, especially to the many towns and communities along the river and its tributaries. Here is the article from the St. Tammany News Banner.

Clarence Vicroy, hydrologist In Charge of the Lower Mississippi Forecast Center spoke to the Northlake-Mandeville Rotary Club at its recent meeting.

Vicroy, a native of Honolulu, Hawaii, and a retired Air Force Colonel, has headed up the Forecast Center, which is part of the government's National Weather Service, at its Slidell location since 1971. Vicroy, who holds a Bachelor of Arts Degree in Meteorology from Florida State University and a Master of Science Degree in Physics from the American University in Washington, D. C., has served with the National Weather Service for twelve years since his retirement from the U S Air Force.

Vicroy told the Rotarians his agency provides warnings and daily forecasts for all major rivers in the southern and central portions of the United States. His office is located in what is known to many people in this area as the "Slidell Computer Center" which was established by NASA for its space program . 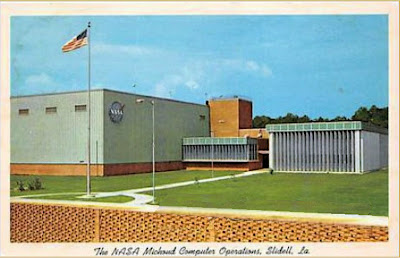 The former NASA Computer Center was selected as a location for this office because the computer equipment housed there was easily converted to use by the National Weather Service.

Vicroy said his office can provide a 15-day advance forecast on the Mississippi River by measuring such variables as rainfall, snow, amount of icepack in the northern areas, and the percentage of moisture in the soil. When this data is added together. Vicroy said, his office can calculate and forecast the flood crest on the Mississippi, as well as smaller rivers located in the areas he serves.

The Center, Victory said, was established through the efforts of Senator Stennis of Mississippi and the late Senator Ellender of Louisiana, who were seeking to use the facilities being abandoned by NASA.

The Rotarians were told by Vicroy how many citizens of small towns throughout the United States provide  information to the National Weather Service and particularly to the hydrologic forecast centers. By using a rather simple device,measurements of rainfall are taken and reported each day by these citizens who furnish the information to the weather service.

This information is fed into computers In order that the forecast centers can make their predictions. In the region served by his center, there are some 600 individuals reporting rainfall to the weather service, Viceroy said. Each of these Individuals is paid the magnanimous salary of $5 per month for making their daily report.

Vicroy said without this valuable Information, it would be difficult to be as accurate in their forecasts. The economy of Middle America, Vicroy said, depends upon the accuracy of his center's forecast. If a barge line owner knows the river is in flood stage, he can load his barges to carry more freight. thereby increasing his efficiency and keeping the cost of shipping down to a minimum. 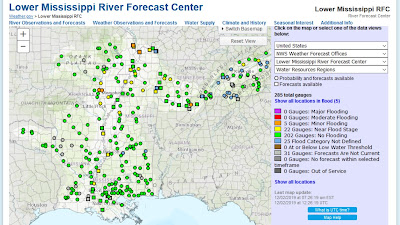 Since there is such a huge volume of river traffic in the central portions of the United States, Vicroy felt his center's forecast plays an important role in the economy of the nation. For the future, Vicroy said his office will be able to predict water quality into an estuary system such as Lake Pontchartrain This would be especially important in the area of the water pollution.

Vicroy cited examples of various types of pollution which affect the brackishness or salinity of water in the Lake Pontchartrain estuary. In the future, he felt that state wildlife and fishery departments could adjust their shrimping season based on his center's water quality forecast. 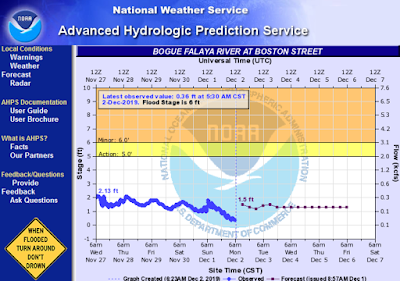 He noted the National Weather Service has been successful to recent years recruiting talented and qualified personnel in areas of meteorology However, in the area of hydrology, he said, there is still room for properly trained people. He said hydrology could be a very rewarding and worthwhile field for young people to pursue as a career.