In 1977 the Slidell United Methodist Church celebrated its 90th anniversary, after having been established in 1887. Here is the article that appeared in the Slidell Times announcing that anniversary and its program of activities. 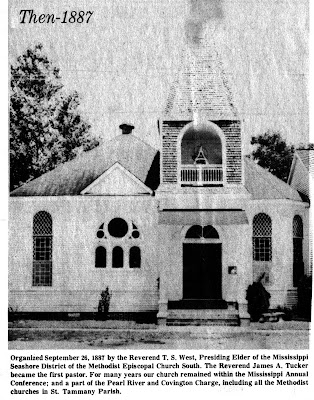 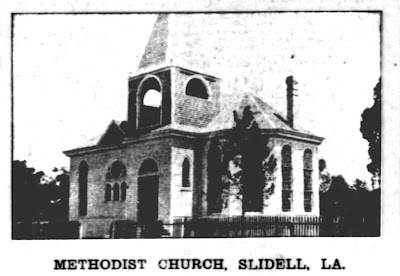 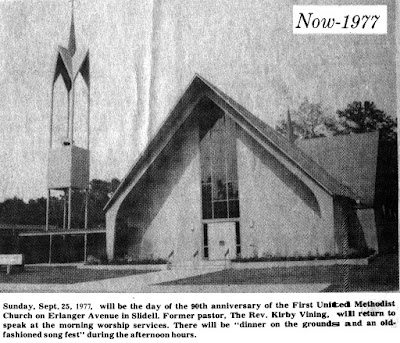 The fledgling church met in a community building, used as both a school and church meeting house, erected near the railroad tracks by the Salmen Brick and Lumber Company.  The original Methodist Church and a parsonage were built at Second and Guzman Streets.

A graveyard, now Greenwood Cemetery, was situated directly behind the church.  The congregation was subsequently separated from the West Pearl Charge and added to the Talisheek Charge.  By 1905, continued growth constituted the need for relocation to First Street, with the later addition of an education building and new parsonage.  The church remained a part of the Mandeville Charge until 1908 when the Slidell Charge was organized.

In 1957, an entire city block across from the city park was purchased and is the location of the present church complex.  The first structure, now known as Fellowship Hall, was begun in 1960, followed by the sanctuary which was dedicated in 1969.  The Mears Building that once stood behind the sanctuary was constructed by a group of adult and youth volunteers and dedicated in 1974.  As our church family grew, construction of the Family Life Center was completed in 1982 and a new parking lot was constructed on Fourth Street in 2002 to help accommodate our membership.

On August 29, 2005 Hurricane Katrina came to shore and devastated the community of Slidell, New Orleans, and surrounding parishes.  Packing 145mph winds, this storm brought close to 5 feet of water onto or church campus which destroyed 95% of all contents.  Former classrooms have been converted into administrative office space along with a refurbished Fellowship Hall that was once the original Sanctuary in the late 1950’s. 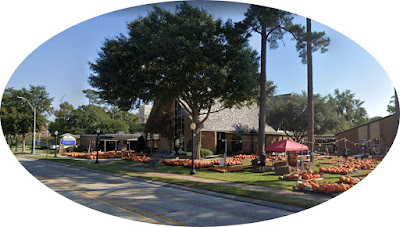