Flo Morgan Honored For Her Service To Abita

When Flo Morgan moved with her husband Will to Abita Springs in 1920,  the town gained an energetic and productive promoter of civic duty and beautification. Not only did their picnic grounds and swimming pool gain a regional reputation for corporate picnics and gatherings, but she served on the town council.

Here's an article from 1976 telling about Flo Morgan and her contributions to the town of Abita Springs. 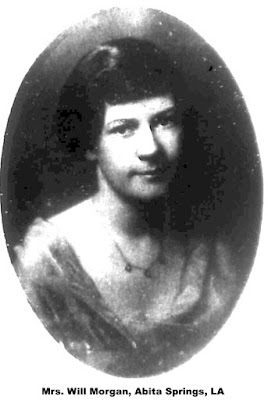 "As soon as public service ceases to be the chief business of the citizens... the State is not far from its fall." Jean Jacques Rousseau wrote this in The Social Contract in 1762.

Perhaps Mrs. Will J. "Flo" Morgan of Abita Springs believed in this philosophy; for she contributed much of her time and energy to the joy, life and improvement of the small community, Abita Springs.

Helen was married to the late Senator Allen Ellender of Houma, LA., and Washington, D.C. Flo married Will J. Morgan in 1920 in New Orleans. She and her husband moved to Abita Springs that same year.

Though they had no children they were surrounded by youth who enjoyed their spacious and beautiful grounds with picnics and swimming. 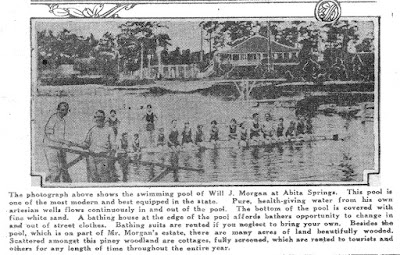 When Flo Morgan first came to Abita Springs, the population numbered about 300 people. There was much need for improvements and laws. Cattle roamed the streets. She was instrumental in having a stock law passed for what she thought was best for Abita and attended the Town Council meetings regularly up to the time of her death.

She was a member of the Council between 1928-30. She and her husband donated the land for the cemetery which was first given to the Lutheran Church. It was later taken over by the town.

Through the fame of their beautiful picnic grounds and one of the largest outdoor swimming pools in the country, many people from New Orleans came to visit and grew to love the quaint little community. Annually, large organizations such as Steamship Lines and Religious Organizations held their picnics at the Morgans.

Flo was a member of several garden clubs in this area for many years. She loved flowers and trees and spent all of her declining energy in trying to maintain her beautiful grounds.

Flo loved Abita Springs and its citizens, and she showed this love through her work and gifts to the town.

On July 25, 1975, after a dinner party with friends, she returned to her home. Flo died that night; but her deeds shall live on in the small community. 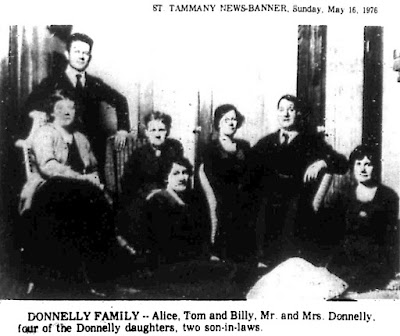 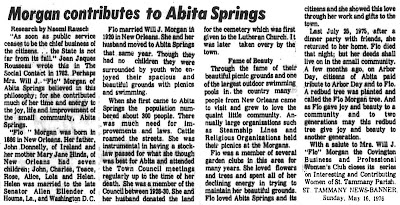 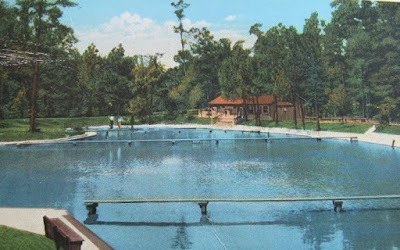 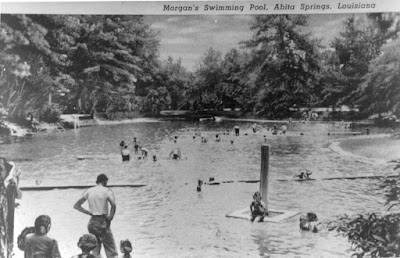 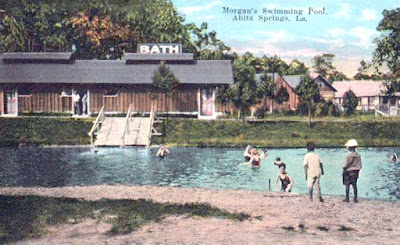 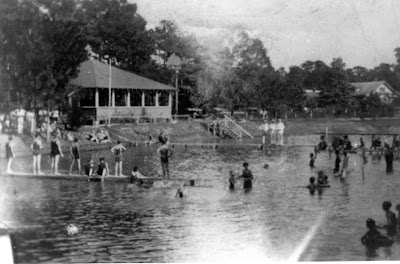