In the early 1980's downtown Covington was pretty scruffy. Buildings throughout the area had that run-down dilapidated look, a freight train regularly rolled through town on its way to the scrap metal salvage yard, and the whole area needed a coat of paint.

The chamber of commerce brought in consultants on what could be done to spruce up the look of downtown, and everything was proposed from the construction of fake modern facades to complete restoration of the existing buildings.

Some longtime business people had a vision, however, a return to better days through diversified service and specialty shops. Lee Lane began to prosper, art galleries opened, some old buildings were torn down and new buildings were built to mirror the look of the original structures.

The histories of key cornerstone buildings were compiled, an application was made and it was declared a historic district. After a long legal battle, the ox lots became official parking lots.

One of the more visible projects was the conversion of the old city maintenance barn into a row of upscale shops, a nice restaurant and plenty of parking out front. It was a key historic location, where the old Covington Grocery and Grain Company site was situated, next to the St. Tammany Ice Manufacturing and Electric Company site, and across from where the pine stump processing facility had burned down years earlier.

In 1973 it was the center of town, and that's why the city maintenance barn was there. Then a better idea came along. 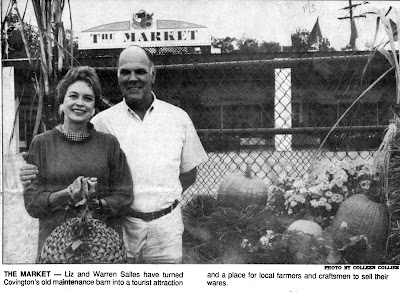 Click on the image below to read the article. 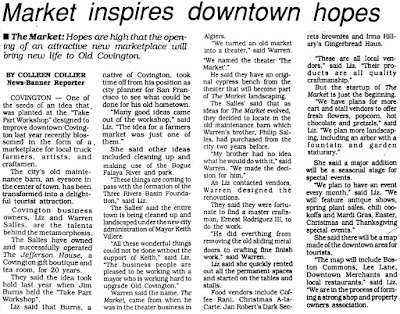 Downtown Covington was transformed by business leaders and building owners who were ready to invest in fixing up, repairing and making usable building space even more appealing. Taking Lee Lane's lead, the commercial mix went from general retail to a more specialized professional service and art-oriented community.
Covington made the switch to small friendly restaurants, art galleries, a host of personal services in hair styling, spa treatments, and even holistic healing practitioners. Bogue Falaya Park was refurbished and re-opened, a number of family-oriented fairs and festivals were created, and everything became better, brighter and more fun to be around. 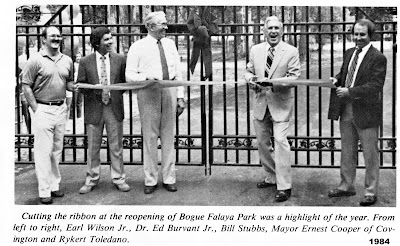 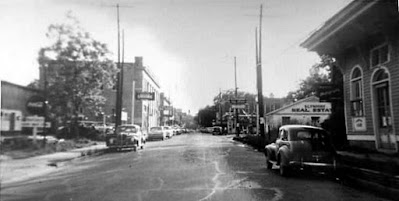 The Division of St. John Becomes a Historic District

Covington Street Scenes - 1982
Lee Lane: Pictures from the Past