One of the central figures to the founding of the St. Tammany Parish public school system was Joseph B. Lancaster. When the new Lancaster Elementary School was built in Madisonville, a number of his descendants and their families took part in the groundbreaking and ribbon cutting ceremonies.

Here are a few pictures of the Lancaster related group at the ribbon cutting. 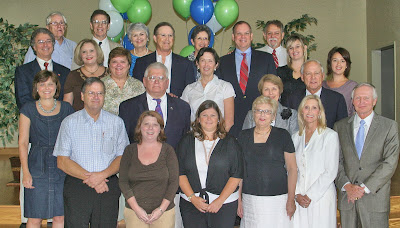 This article from August 25, 2011, tells about the ribbon cutting ceremony:


More than 100 people turned out for the official ribbon cutting ceremony for Lancaster Elementary School west of Madisonville Thursday morning, many of them descendants of Joseph B. Lancaster, the school’s namesake and first Superintendent of the St. Tammany Parish Public School System.

Judge Peter Garcia, the grandson of Joseph B. Lancaster, spoke about the family’s roots in the Madisonville area and the many contributions his grandfather made throughout his career. 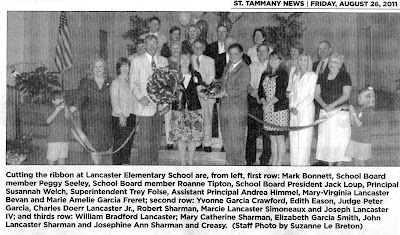 Judge Garcia listed many of Superintendent Lancaster’s priorities upon taking office, among them making education more available and extending the school year from three to six months. The planning of new school buildings was a top priority, as well as the hiring of more teachers and finding suitable housing for them.  “Our duty is to put the public schools upon a good and thorough foundation and maintain them there,” Garcia quoted his grandfather. 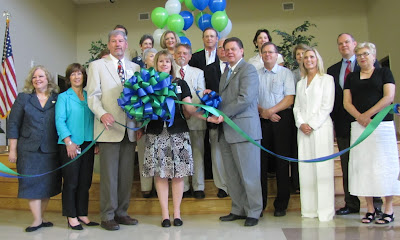 The following is an article from the Lancaster Family blog.

In recognition of Joseph B. Lancaster's contributions to public education in St. Tammany Parish, the School Board voted to name the newest school in the parish for our ancestor. The groundbreaking was held Friday, October 16, 2009.

Here is a group picture taken after the groundbreaking at the School Board facilities, where the family was invited for lunch. 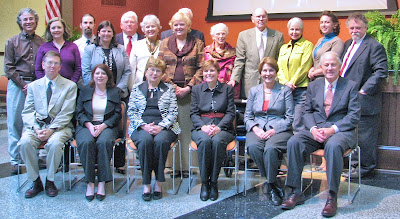 The school system gave this account of the event:

School System officials and members of the Joseph B. Lancaster family took part in ceremonies to break ground for the new Lancaster Elementary west of Madisonville Friday morning, October 16, 2009.

Lancaster was the first officially-recorded superintendent of the St. Tammany Parish Public School System and was known for his vision of an educational system designed to meet the needs of a growing area. A number of Lancaster ancestors, some from out-of-state, attended the groundbreaking.

The School Board agreed last year to name the new Madisonville area elementary school in honor of Lancaster after Superintendent Gayle Sloan recommended him for the honor. She recounted his many contributions to the community as lawyer, district attorney, judge, and state representative. “He was a very high-achieving individual,” she said.  He was named Superintendent by the first School Board in September of 1900, after it became an organized set of schools with parishwide administrative supervision and community governance.

Five descendants of Lancaster attended last year’s School Board meeting to name the school after their ancestor, including Lancaster's grandson, Judge Peter Garcia of the 22nd Judicial District. “Lancaster was a grandson of General David Bannister Morgan, who fought in the war of 1812 with Andrew Jackson and who is buried in Madisonville. So it is appropriate to name a Madisonville area school after him, since he has very strong connections to the Madisonville community,” Judge Garcia said.

Lancaster served as Superintendent of Schools until September, 1904, and died in 1916 in Franklinton.