The old post office building at the corner of Boston and North Vermont has an interesting history. Built in 1937 and now used as a Southern Hotel annex, it features a classic public building art mural and even has a basement.

The mural commemorating the “Tung Oil Industry” was commissioned by the Treasury Section of Fine Arts and painted by Xavier Gonzales. The post office was constructed with U.S. Treasury Department funds during the Great Depression. It was turned over to the school board in the1960's and renovated in 1985.

In March 16, 2017, the School Board began thinking about selling the building, now that is no longer needed for office space. It was sold to the Southern Hotel, next door, at converted to several hotel suites.

Here are some photos. Click on them to enlarge them for better viewing. 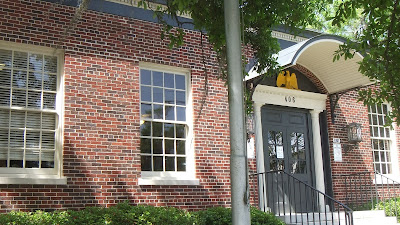 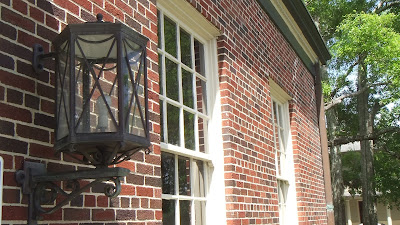 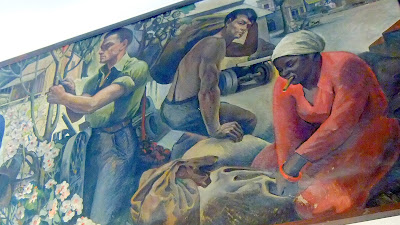 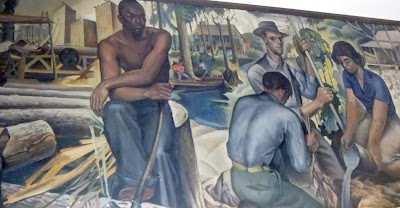 The following article about Xavier Gonzales, the artist, was written by John Kemp and published in the Covington Chamber of Commerce Magazine in 1983.

Survivor of the WPA Era By John K. Kemp

"Art for the masses" and "art for the millions" are two terms often used to describe the New Deal art produced during the Great Depression of the 1930's.

Almost half a century has passed since artists hired by the Treasury Department and the old Works Program Administration painted thousands of murals on the walls of government buildings throughout the nation.

Some have survived and are still studied, enjoyed or ignored, while others have been painted over, covered with paneling or destroyed when old government buildings were razed to make room for newer and big­ger buildings.

One of the survivors is a mural in the old Covington post office - now the St. Tammany Parish School Board annex building which was painted by Xavier Gonzalez in 1939.

The 82-year-old Gonzalez, a native of Abncria, Spain, and a former Newcomb College art instructor in New Orleans, now lives in New York and still is actively painting.

Gonzales' mural, prominently displayed in the foyer, is an excellent example of New Deal art. It depicts St. Tammany's lumber and tung oil industries and extols the virtues of work during a time of severe economic depression.

!t also is believed to be the only surviving example of New Deal mural art in St. Tammany Parish. The people Gonzalez used as models for the mural were very much a part of his life.

Gonzalez painted his mural for the Treasury Department while teaching at Newcomb.

The Covington mural was only one of many Gonzalez, who received his academic training at the Art Institute of Chicago during the early 1920's, painted during the 1930's.

He did one depicting the oil industry in the Kilgore, Texas, post office, and another about the Tennessee Valley Authority in the courthouse in Huntsville, Ala.

He also was commissioned by the city of New Orleans to paint a mural at the old Shushan Airport, now Lakefront Airport. That painting today is among the collections of the Louisiana State Museum.

Gonzalez currently is completing a mural entitled "The History of Technology" for City College in New York.

In a telephone interview, Gonzalez fondly recalled a mural entitled "War and Peace," which he painted in 1934 for the San Antonio, Texas, city auditorium.

It was destroyed the following year at the insistence of San Antonio's American Legion because the legion commander protested that one of the figures in the painting was giving a "socialist's salute."

American Legion members also accused Gonzalez of being a 'Communist' because of that painting, he said."But a year later, that same legion commander was expelled from the United States because he was an illegal alien," Gonzalez added, with considerable amusement.

Gonzalez said he always has avoided politics, even during the Spanish Civil War in the late I930's while he worked and taught in New Orleans. "I am an artist," he said.

The New Deal art projects, like most of President Franklin D. Roosevelt's recovers programs, represented a radical departure for the federal government.

"What has happened, and in such a short lime, is almost incredible," one New Deal artist said at the time . "From a government completely apathetic to art, we suddenly have a government very art-conscious."

The ideas behind the art projects were not only to find employment for artists but also to produce a form of art from which the people could derive enjoyment and reassurance.

With most murals portraying a general theme of industry and labor, viewers could feel that the Depression wouldn't last forever and things would get better.

The art projects also revived the mural medium, which had been dormant in this country for decades.

New Deal artist Philip Evergood, commenting in a book on the social importance of the murals, said the Depression and the creation of the federal an program did more for the closer understanding between the American artist and his public through the medium of the mural than any individual efforts could have accomplished during a much longer period.

Gonzalez said the murals depicted a "social realism. They are rich and real, not full of acrobatics or abstractions." Apparently not all of the art was of the highest quality, however.

President Roosevelt once commented on some of the murals he had seen, "Some of it (is) good, some of it not so good, but all of it is native, human eager and alive - all of it painted by their own kind in their own country, and painted about things that they know and look at often and have touched and lov­ed." 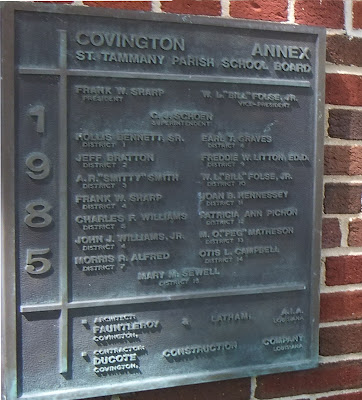 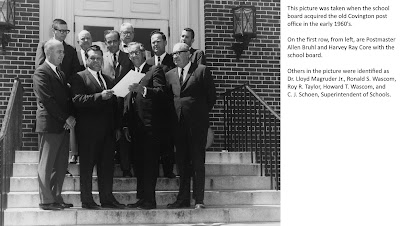 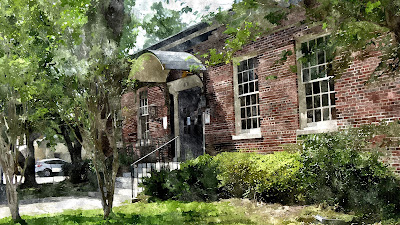 According to the 2012 Covington Historic District Preservation Guidelines, 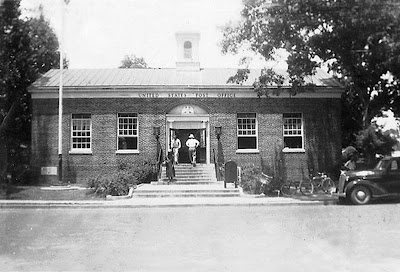 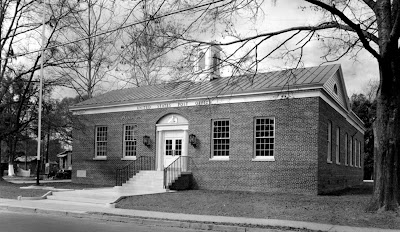