The arched brick gateway entrance to the St. Tammany Parish Fairgrounds off Columbia Street in Covington was built in 1920. Over the past 97 years thousands of visitors from both near and far have passed through these gates on their way to the annual fair and livestock exhibition. 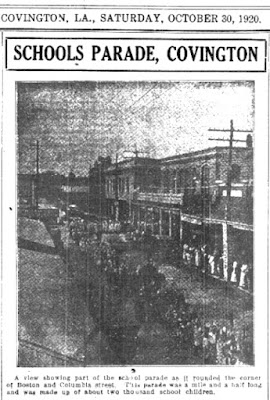 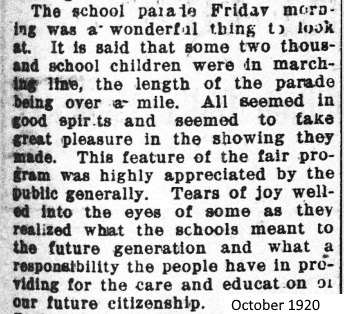 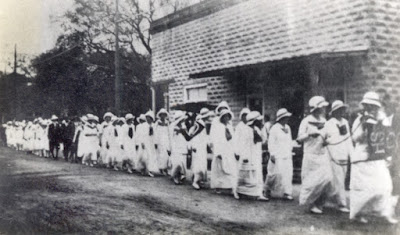 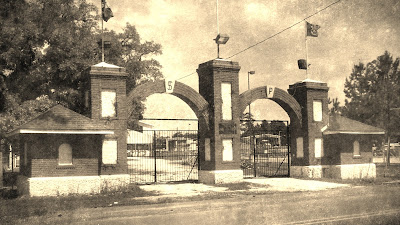 Fourteen years ago Covington City Council Member Pat Clanton noticed that the gate was in need of refurbishment and repair so she began an effort to bring the parish, city, and National Guard together to restore the structure. Although the National Guard initially agreed to the project, they really didn't have the time to complete the work, so the parish government was asked to step in. An agreement between St. Tammany Parish President Kevin Davis and the city was made, and work began using skilled masons and laborers from the St. Tammany Parish Jail.

Mrs. Clanton, while no longer a city council member, kept up with the project and help insure its completion. Many others joined her in the effort, and the work was finished in 2008. To help celebrate the event, "Pat Clanton Appreciation Day" was declared by Mayor Candace Watkins to honor the community leader for her enduring campaign to help preserve the historic landmarks of the Covington area.  Mrs. Clanton shared the credit with the many people who had joined in the project and volunteered their expertise and labor to see it through to completion.

While the arched gate was open to vehicular traffic for many years, officials feared that trucks would hit it and damage the structure, so now it is locked closed, and open only to pedestrian traffic. Here are a few pictures of the gate during its restoration. 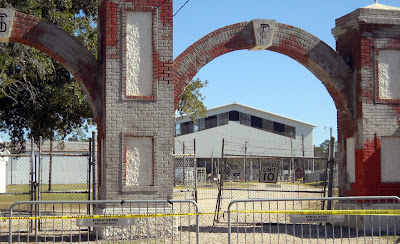 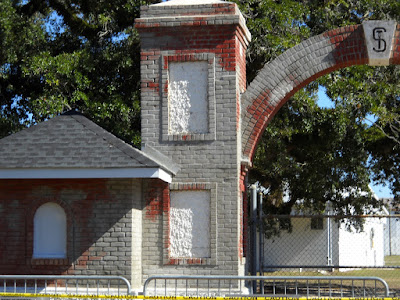 The project included the creation and placement of a plaque declaring the original dedication of the gated entrance. It was provided by Covington Monument Co. 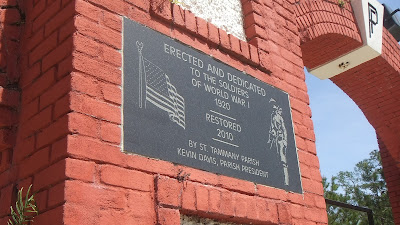 Today the gate isn't used much but stands as a landmark monument to the annual parish fair, the many livestock exhibitors, home economics exhibitors, and horse show participants who have used and enjoyed the parish fairgrounds over the past century.  Here are some pictures of how it looks today. 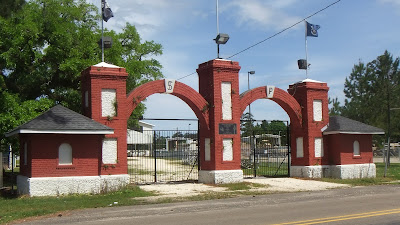 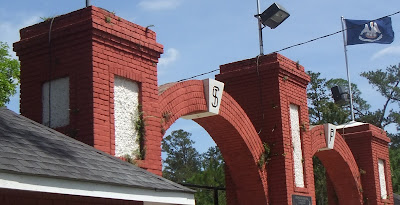 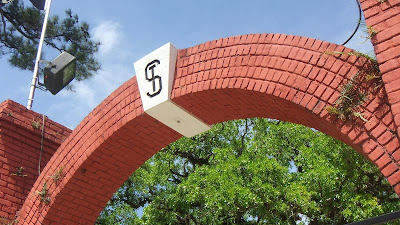 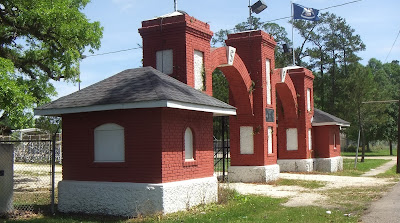 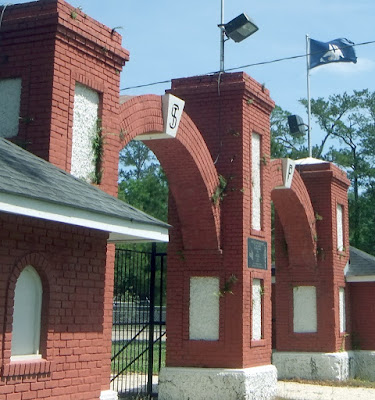 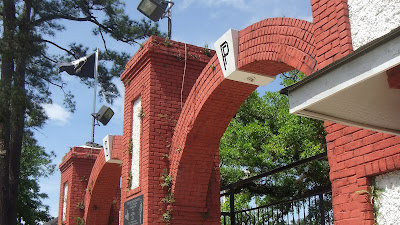 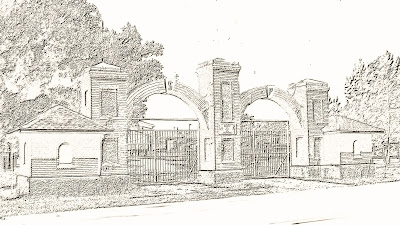