An event seared into the minds and hearts of St. Tammany environmentalists and residents was the "Mardi Gras Massacre" of 1978, a day when the state came in with heavy equipment and pushed down the well-known Chinchuba Oaks. The grove of trees was located on the west side of U.S. 190 in Mandeville, just south of its intersection with La. 22. The action was a shock to many who, after months of trying to protect the trees from destruction, took the day off to enjoy Carnival festivities, only to discover that crews had come in unannounced and "removed the trees" while everyone else was going to parades. 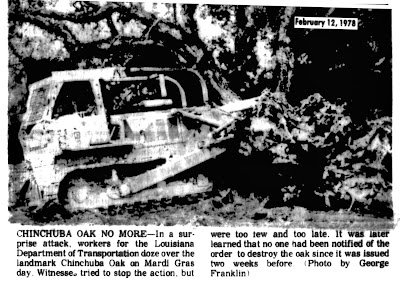 Here are some newspaper articles from the time, some 39 years ago.
Click on the images to make them larger and more readable. 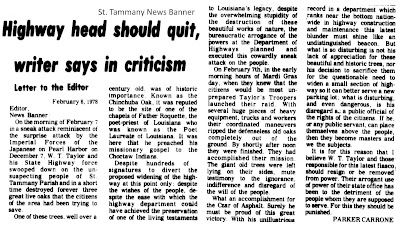 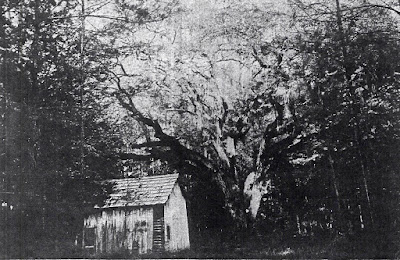 According to the Mandeville City website, the above photo shows the last of the five cabin-chapels built by Father Adrien Rouquette to minister to Choctaws The site was chosen for its proximity to a Choctaw settlement, cemetery and massive live oak tree which became known as the Pere Rouquette Oak. The name of the cabin was "Kildara." 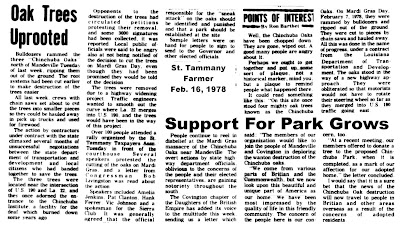 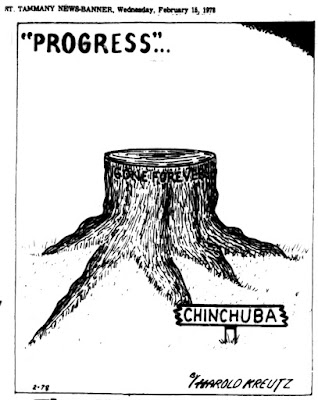 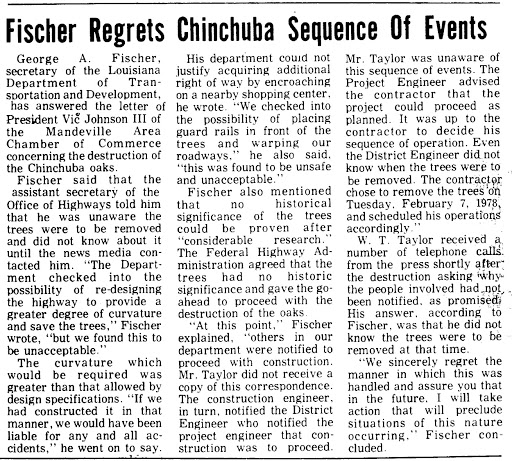 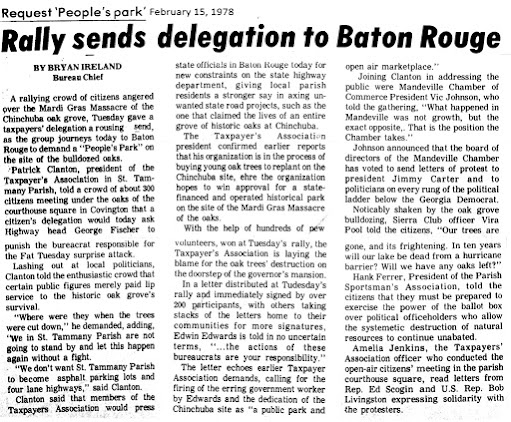 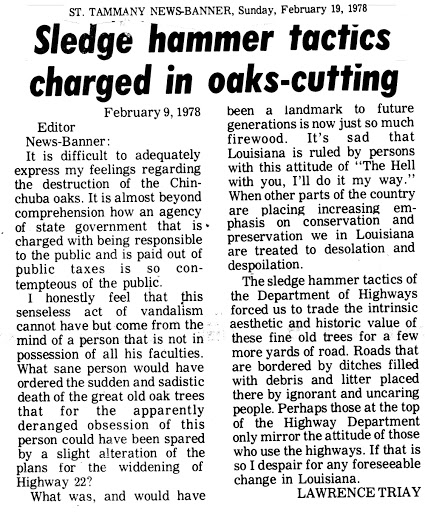 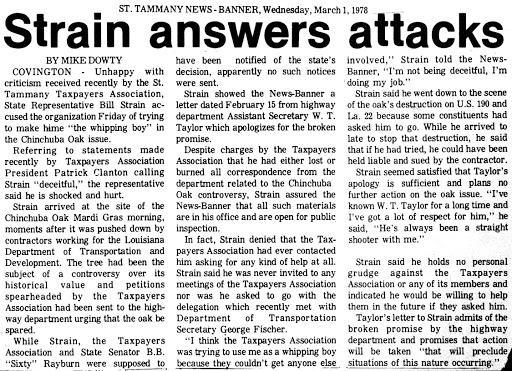 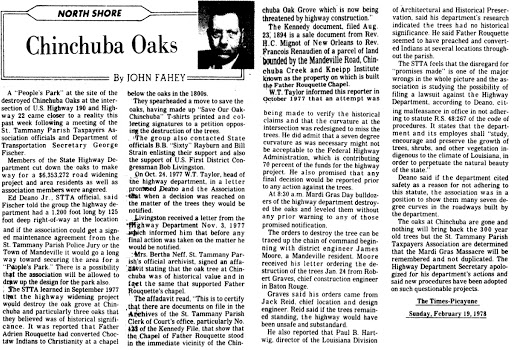 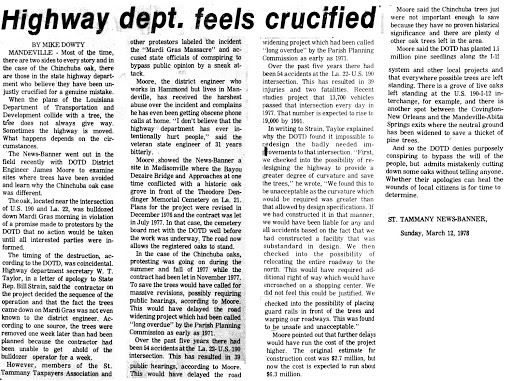 The way it was handled (or mishandled) became known throughout the state as a warning to all who might find themselves in a similar situation. In an issue of the Ponchatoula Times newspaper on Dec. 26, 1985, (seven years later) mention of the Mardi Gras Day Massacre was made in reference to a similar situation facing Ponchatoula main street merchants. See article below. 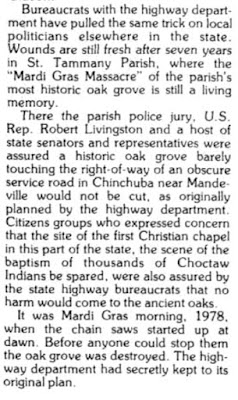 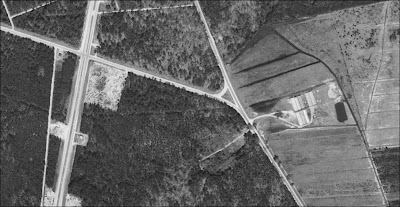 Click on image above to start video which fades between an aerial photos taken in 1965 and 2017. The location of Chinchuba Oak is shown in red.

A satellite photo of Mandeville in October of 1978.
CLICK ON THIS LINK for a full-size version of this photo. 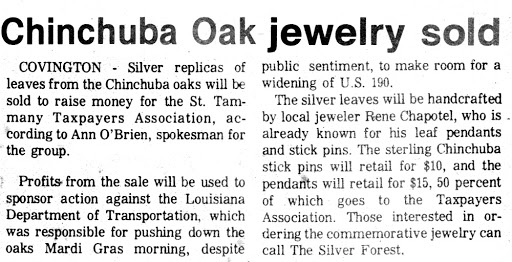