The Mayor and the Monster

The phone company held a press conference at the Pearl River telephone building one day in 1973, and the news media showed up to take pictures of John Pasqua with the phone company (at left), Mayor Robert Harper of Pearl River (at right), and their friend, the Honey Island Swamp Monster. They were unveiling several huge rolls of telephone cable that were about to be installed for some major improvements in the area. 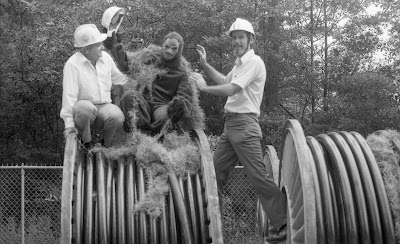 A video about the Honey Island Swamp Monster
Posted by Ron Barthet at 3:30 AM