In early October of 1935, fire broke out in the Mackie Pine Oil Plant on Jefferson Avenue in Covington. It was an event that brought out many volunteers to fight the blaze. Here is an article from the Times Picayune the day following the disaster.

A History of the Mackie Pine Oil Operation 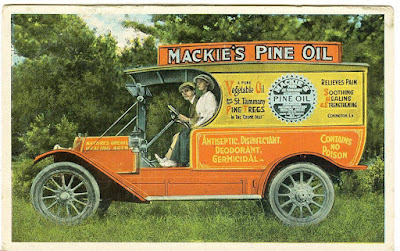 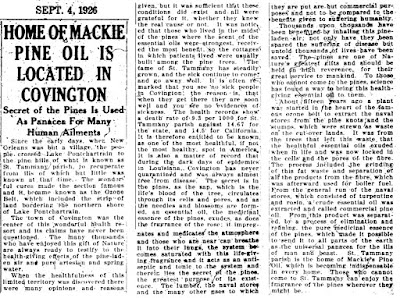 The Mackie Pine Oil Payroll from 1935 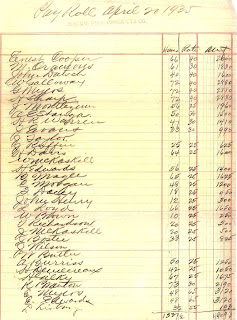 In the same location as the Mackie Pine Oil Products plant in later years was the Delta Pine Products plant. Here is a picture of that facility in operation. 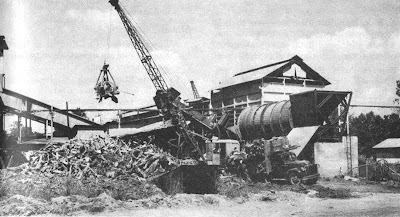 Richard Warner, in comments made on Facebook, said that the old Mackie office was a two story building located on the southwest corner of the block where the rear of the current courthouse faces across Jefferson from the courthouse parking garage.
"Behind the old Covington Grocery & Grain was the Rosin Yard, where hot liquid rosin was piped across Jefferson from the plant and large metal barrels that were made on site there were filled with Hot Rosin, usually just over 500 pounds each, and after hardening were moved out in the Rosin Yard to be loaded on boxcars for the train," Warner stated.
North of the Rosin yard was the Canning building where workers canned turpentine.