Philip Alfred Sharp of the Lee Road area was born on December 21, 1909, some 111 years ago. Up until a few years ago, he was still driving his pick up truck and enjoyed joining his friends for lunch out, and attending civic events. In 2013, he took part in the Bicentennial Parade in Covington as an honored guest.  He died the morning of March 2, 2021.

In a statement, Parish President Mike Cooper said, "Mr. Philip Sharp was an icon in Covington and St. Tammany Parish. He truly lived his life to the fullest and contributed so much to our community. We offer his family our condolences and give thanks that he was with us for such a long time and gave so much of himself to the community he loved so much!" 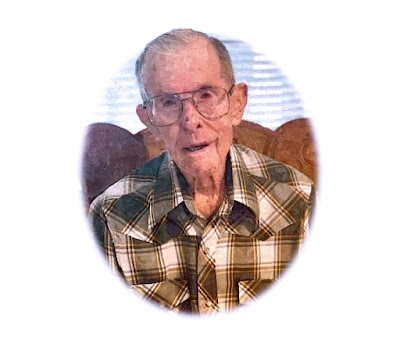 Philip Sharp
According to the 110 Club website for "supercentenarians," he was born in the Blond community, and as of December 21 of last year was the second oldest living man in the United States. Over the past several years, he had been featured in a variety of newspaper articles and magazines, as well as video segments on local television stations. He told a newspaper reporter about his early life, saying there were "dirt roads with horse and buggies, horses and wagons and ox teams on those roads.”

He worked as a saddle herder, keeping track of two thousand head of cattle being raised on the tung oil property back in the 1930's. He also raised sheep, hogs and mules on his farm, and he would plant corn, sweet potatoes and sugar cane as well. He was known throughout the community as one of the last true cowboys.

The Washington-St. Tammany Electric Cooperative spotlighted him ten years ago as their oldest member. "I've been a member of WSTE all my life, and I think they do a great job," Sharp said. 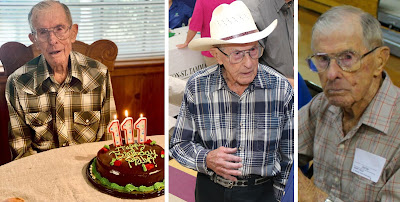 Victoria A. Rocha, who wrote the WSTEC article, quoted him as saying, "The first time electricity came to the family farm shortly after WSTE formed in 1938 is a fond memory.  It was a good feeling to have it. We had one light bulb hanging from the ceiling, but we could see a lot better than with the kerosene lamp."

The son of Robert and Della Sharp, he was the second of five brothers and five sisters. “I went to Middle Road School. It was a two-room schoolhouse, and I went through the seventh grade,” he said. “People ask what bus I rode. Well, I didn’t. I walked 3 miles.”

The Lee Road community revered him, and he regularly attended the annual Louisiana Day exhibition at Lee Road School for many years.

His funeral was scheduled at 11 a.m. at New Zion Baptist Church on Saturday, March 6. Visitors who wish to wear cowboy hats in his honor were welcomed to do so. 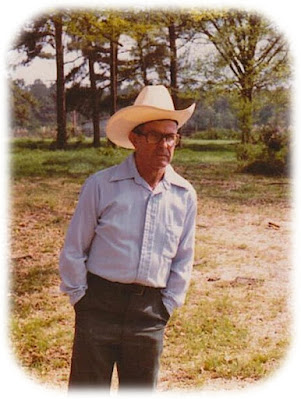 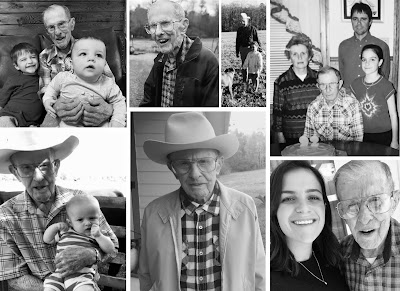 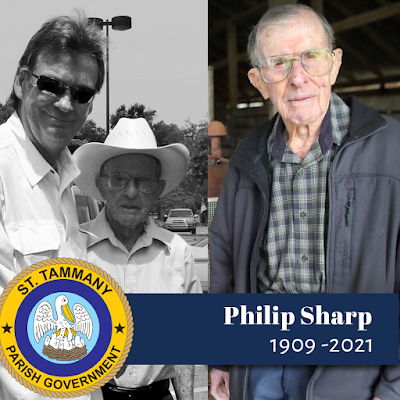 To read the in-depth articles about Philip Sharp,

CLICK HERE for an article in the Washington-St. Tammany Electric Cooperative magazine.