The steamboat "Madisonville" began serving the Madisonville to New Orleans route in 1927. Here is the text from an April 30th newspaper article from that year that describes the "maiden voyage" of the vessel. 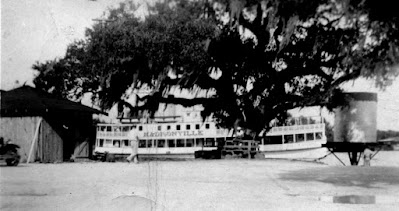 Boyhood Dream of the Designer

Plan to Make Special Trip for Accommodation of Theater Parties

According to authentic reports, the time will be lessened to two hours and less, when the engines have limbered up and are in good running order.
Launch

The boat was launched some time ago with Miss Evelyn Dendinger as sponsor, and formed a pretty picture as the boat, with majestic splendor, gracefully slide from her cradle into the waters of the Tchefuncte River.

With a comfortable carry capacity of 350 passengers and 25 automobiles, the "Madisonville" has every possible convenience. It is 125 feet long and is equipped with two 180 horsepower Diesel engines, and costs approximately $85,000.

She was designed by E.V. Heughan, a Madisonvillian, whose ambition as a mere boy was to draw the plans for just such a craft to operate between here and New Orleans. In the realization of his boyhood dream, Mr. Heughan has given the general public in this section of St. Tammany parish a beautiful and well as serviceable boat in design, and the Dendingers, who made Madisonville, made possible the realization.

The "Madisonville" will be put in service at once across Lake Pontchartrain, under the piloting of Captain H. N. Chatellier and D. W. Cooper, and will probably run a schedule of two trips daily between Madisonville and the West End.

The big steamer left the local docks yesterday for New Orleans and will undergo final inspection this morning. At 2:00 o'clock this afternoon, the boat will make her maiden trip across Lake Pontchartrain from West End to Madisonville. She will remain here over night and Sunday will leave here at 6 a.m. and 5:00 p.m. Returning from New Orleans boat leaves West End at 8:30 am. and 7:30 p.m.

We are informed by Mr. Theo. Dendinger that within the next few weeks the steamer will arrange trips to New Orleans for theater parties, leaving Madisonville in the evening and returning after the show that night. The hours of departure have not as yet been decided upon. 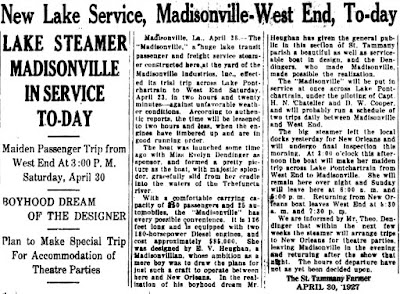 Following her service to the community of Madisonville for several years, the steamboat was moved to New York City and became a tour boat to the Statue of Liberty. 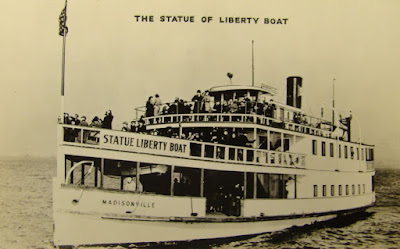 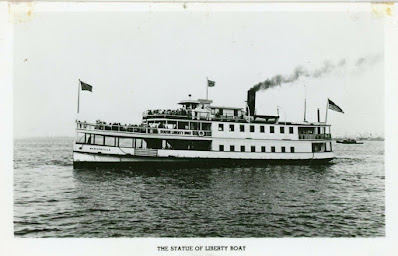