This is a subdivision plat from years ago for a proposed subdivision southeast of Covington. Part of the area covered by the subdivision map is now occupied by the Tulane National Primate Research Center (TNPRC). 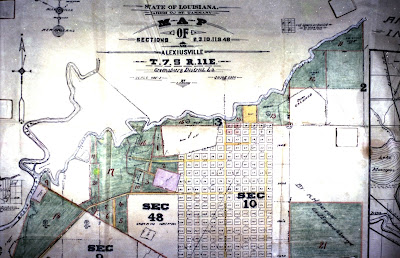 According to the research center's website, the facility is situated on 500 acres of land purchased from the Alexius family in 1962. The property represented a significant portion of land that is still known as Alexiusville. The Alexius House, named after Guido Centio Alexius, dates back to the early 1800’s. The House was home to several generations of the Alexius family and is the only original building that remains on the property that houses the TNPRC. 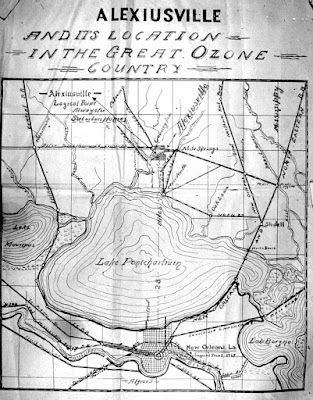 A map showing the location of Alexiusville and the railroad lines from New Orleans providing access to it. Below is a close up view of the area around Alexiusville. 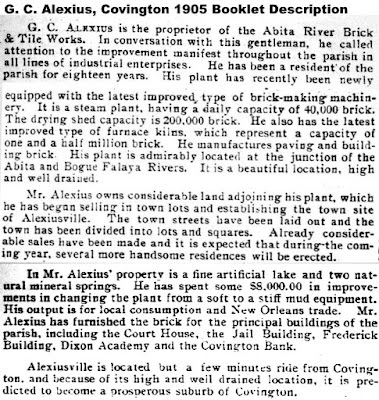 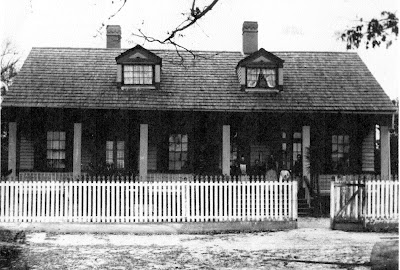