In 1988 the Times Picayune published a special section about Covington's 175th anniversary. One article dealt with the history of the Christ Episcopal Church chapel, a historic landmark that has been remarkably preserved and kept in service. Click on the article image below to see a larger version. 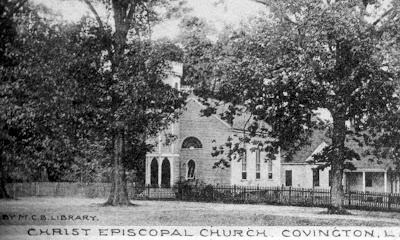 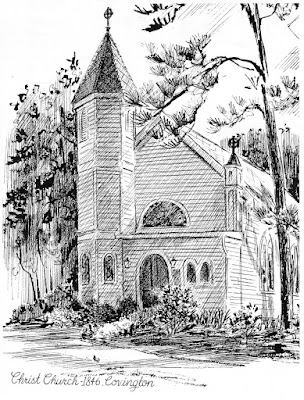 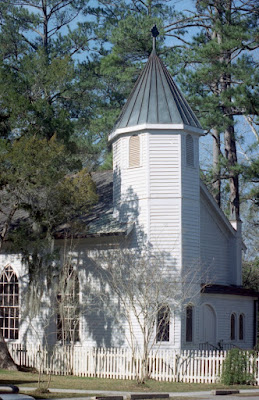 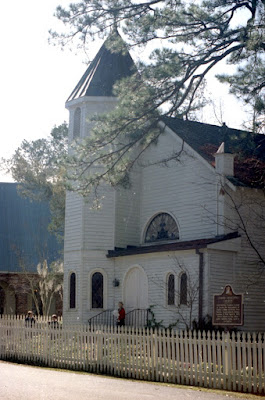 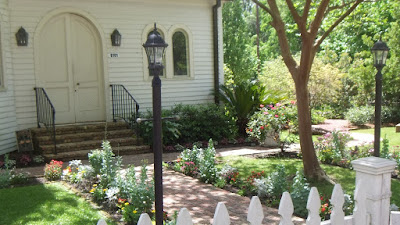 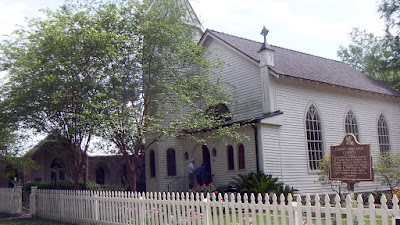 From information filed with the National Register of Historic Places:

Built in about 1840, as a three-bay, gable-fronted Greek Revival frame church, the building has been much modified over the years. Christ Episcopal Church is architecturally significant as an unusual example of the Queen Anne Revival taste in church architecture.

Its octagonal tower, for example, which is normally a residential form, is probably the only one in the state's church architecture. Moreover, Christ Church is easily the most striking and pretentious church building in the town of Covington: Since its beginning in 1846 Christ Church has been an integral part of the community of Covington, Louisiana, and the present church building has been in continuous use as a place of worship since its construction in 1847. It is presently being used as the Chapel in a complex of church buildings belonging to Christ Episcopal Church.

Jonathan Arthur, a 35-year-old naturalized citizen from London, England, was among the original parishioners, and he was selected as architect The original specifications and contract between Christ Church and Mr. Arthur are still at the church and are also recorded at the St. Tammany Parish Court House. The total construction price was to be $1350, one half to be paid when the building was "raised, enclosed, and the roof on," the other half to be paid upon completion.

Bishop Leonidas Knox Polk consecrated Christ Church on April 11, 1847. In its early years Christ Church was plagued by yellow fever and the ravages of the Civil War, and by the Reconstruction Period it was in very bad repair. By 1873 the roof had fallen in and the walls were rotted, but with the arrival in that year of the Rev. H. C. Duncan as Rector repairs were begun. At some time during this era the plaster interior walls were replaced by the present beaded wood. The original spire was destroyed by the hurricane of 1915 and was replaced with the present bell tower. 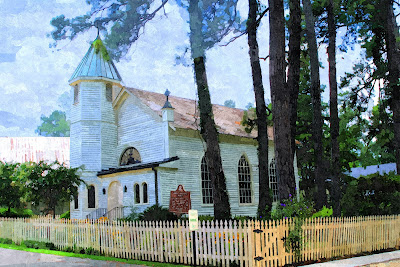 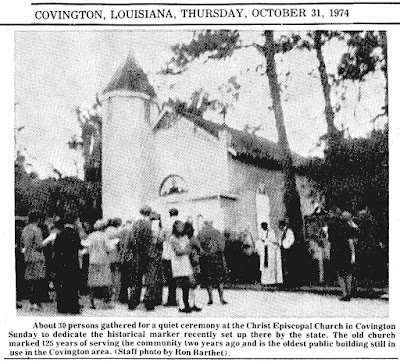 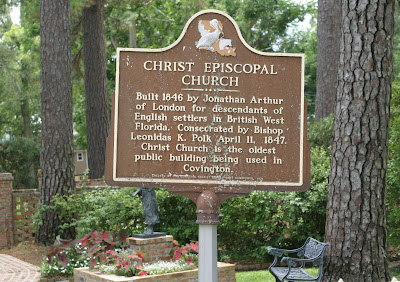 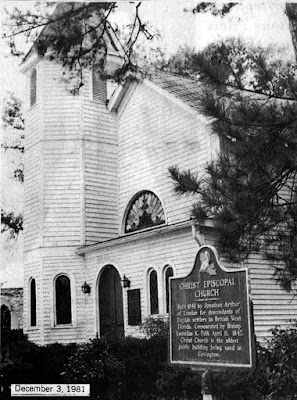