The Haik Department Store was one of the major commercial landmarks of downtown Covington for many years. 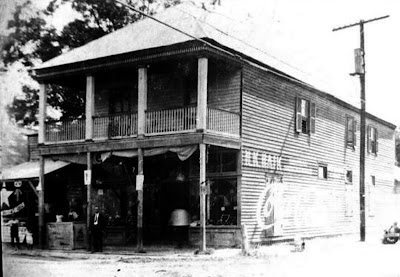 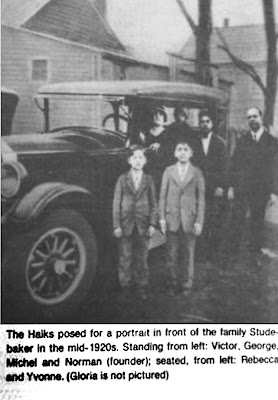 In April of 1920,  they bought the LeBlanc Building on Columbia Street and made plans to move there. 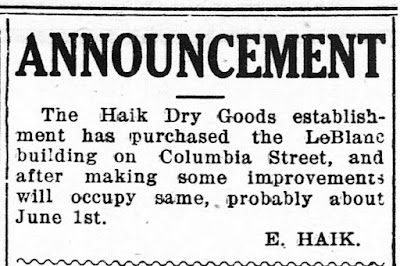 It eventually moved to the corner of Columbia and Boston Streets. 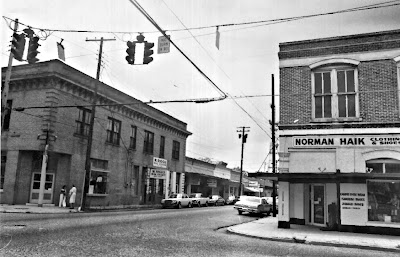 Here is an article published in 1988 as part of the Times Picayune's coverage of the city's 175th anniversary. It tells the history of the Haik family involvement as longtime Covington merchants.Click on the image to see a larger version. 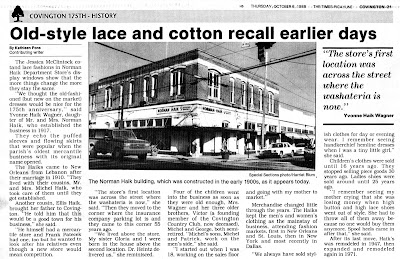 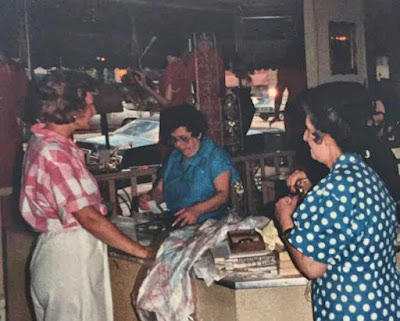 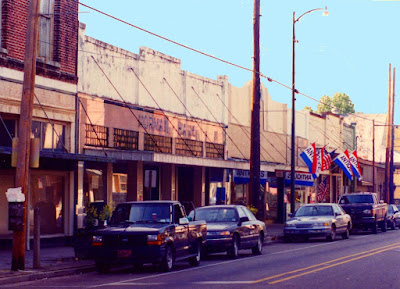 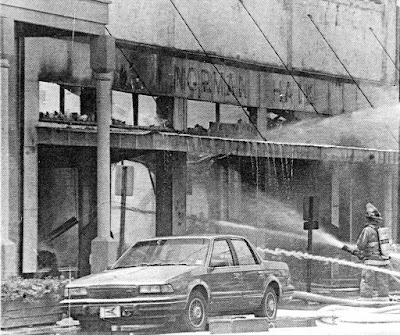 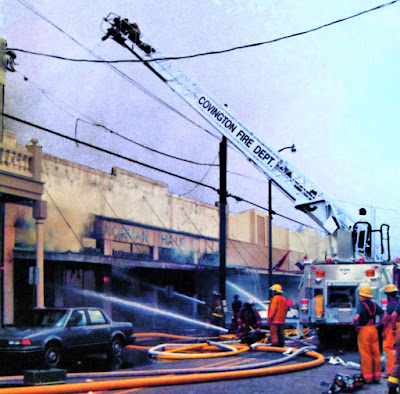 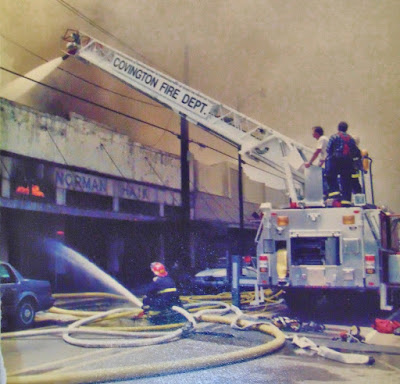 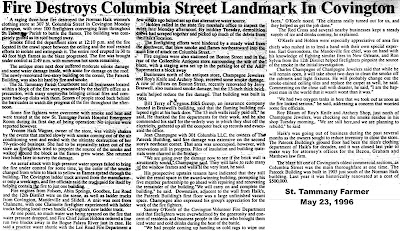 After the tragedy, Todd Valois wrote of the fire, the family and its businesses.
"As the flames engulfed the old building and threatened adjacent historic structures, I could not help but think more of the families involved in this destruction than of the bricks, mortar and lumber the fire was devouring. For the most the building is only a structure, but the Haik family breathed life into this building and made it what was for more than 60 years. For better or worse, it became their life, and the loss becomes even greater for a family that has been a part of Covington for more than 80 years.

"Norman Haik was born in Lebanon on July 17, 1879. He immigrated to New Orleans in 1907 at the urging of his cousin Elias Haik, who had lived in Covington for several years. In 1914, Norman married Rebecca Rezik in New Orleans. They crossed the lake and promptly set up house and a retail store in their new home.

"The Haiks were the parents of five children: Mitchell, who married Jeanette Haik, now both deceased; George, now deceased, who married Guita Chaibon, also from Beirut; Victor Anthony, who died in a plane crash in 1955; Gloria, who married Dr. Sam Simeone; and Yvonne, who married twice, first in 1953 to Harold J. Elias, whom she divorced, and to Oliver E. Wagner in 1963, now deceased.

"Norman established his store in 1917. Up until the tragic fire, Haik's was the oldest retail business in St. Tammany Parish. The first store was located in what is now the Claiborne House on Columbia Street, next to H. J. Smith's Son General Store.

"Norman's cousin Elias was also in the retail business in Covington. Elias was born in Lebanon on July 10, 1881, and immigrated to the United States in 1903. He married Katie Jacobs in New Orleans, and they had three children: Matilda, known as Teal, Sam and Isabel.

"Elias founded the retail company of Elias Haik and Son, -which in later years was run by his daughter, Teal, who later married Arthur McNulty. Sam married twice. His second wife, Vera Rodgers Haik, still lives in Covington.
"After the fire was extinguished and the task of cleanup and safely securing the scene was accomplished, Mayor Keith Villere said, "There is so much enthusiasm in the development of downtown Covington that I am confident something positive will rise from the ashes."
"I felt that something positive has already begun to rise, and that is an appreciation of what we have in Covington and of the Haik Family, who made downtown a more interesting and unique part of our city."
Todd Valois wrote the above account as part of his historical column published in the Times Picayune
After the women's store location was cleaned out, that area was turned into a community gathering spot and park. The men's department later became attorneys offices. 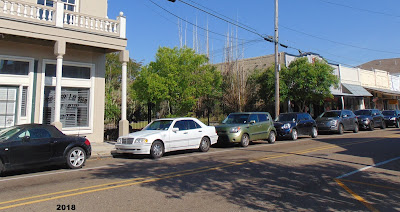