In the summer of 1996, several members of the St. Tammany Historical Society went to Bay St. Louis, MS to meet with the president of the Hancock County Historical Society, take a tour of local landmarks, and discuss the ways in which greater awareness of history could be encouraged among area residents.

As it turned out, Hancock County and St. Tammany Parish had similar historic backgrounds, especially in their relationships with New Orleans. There were many connections between the two, both in the historical figures who visited them while passing through, and the mutual development as summer retreats and weekend getaways for New Orleans area residents. 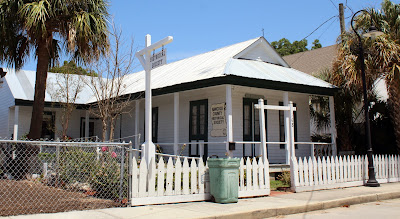 The visit and idea exchange between historical societies was fascinating and productive. Nine years later, Hurricane Katrina came through and flooded a significant portion of both areas. Bay St. Louis and Waveland were hit especially hard, as was Slidell.

Also of interest was the fact that, in 1996, twenty years ago, the World Wide Web and the internet were just taking a foothold in the information retrieval and distribution field. Both historical societies saw the usefulness and necessity of creating and maintaining computer databases and making those databases available to researchers and the general public.

Click on the image of the article below to read more about the meeting between the two historical societies and the commonalities they discovered with each other. 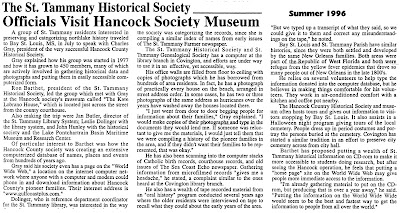