The following article was published in 1973 in the Northlake Sunday News. It tells the story of one man who turned to woodcarving, duck decoys in particular, for an escape from the rat race. Click on the images to see a larger more readable version.

More recently Kenneth Kincade, a custom Wood Duck Decoy Carver from Slidell, brought a number of samples of his work to Mayfield Elementary School for "Career Day." He exhibited his creations from early block forms to finished and painted lifelike duck decoys. He is shown below. 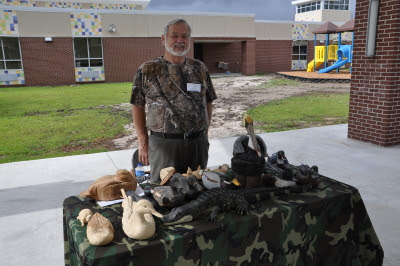 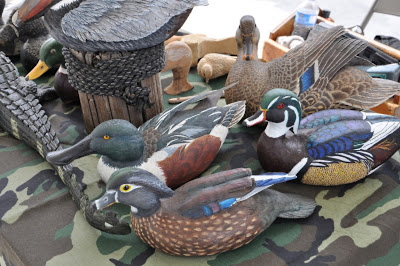 The Louisiana Wildfowl Carvers and Collectors Guild represents woodcarvers and duck decoy creators from throughout the state.

Here is a short description of that group from their website at http://www.lwccg.com/ :  "The LWCCG, now over 40 years old, was the second show in the country dedicated to this art form. There are more World Champion and Master Carvers from Louisiana than any other state.

"In 2005 Hurricane Katrina devastated Louisiana and almost brought this organization to an end. Approximately three fourths of the officers and board members lost their homes and belongings to Katrina, many of whom moved out of state. While Katrina had taken our homes and property, we were not willing to let it take our culture. After three years, we realized that this organization and the Louisiana culture which it supports was too important to let fail. While it has been a difficult struggle to re-organize, things are finally falling into place."

The Louisiana Wildfowl Carvers and Collectors Guild has even put on a decoy show and sale at the Lake Pontchartrain Basin Maritime Museum in Madisonville. 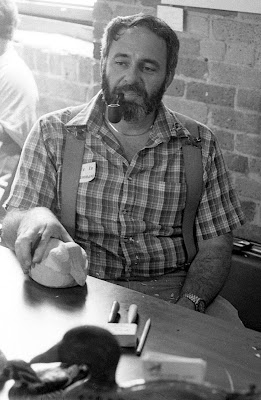 Rock Zeringue of Folsom has also etched out a considerable reputation in duck decoy carvings. Click on the following links to read about him: