If you think you have to go to North Carolina or Arkansas to hear some good dulcimer playing, then you might want to check out the many St. Tammany Parish dulcimer artists, enthusiasts and hobbyists. There are dulcimer clubs and even a few dulcimer music cds have been produced by local practitioners of the old musical instrument. 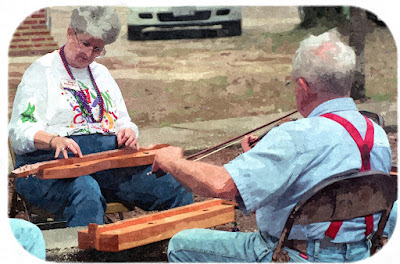 Locals who have gone on to considerable fame in dulcimer circles include Denise Guillory and Paul Andry. 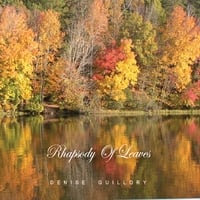 Denise Guillory has been performing the Hammered Dulcimer for over 20 years and after recording many CD's with the Band, Les Amis, a dulcimer group, has recorded a solo CD with violin and guitar. Denise is a singer songwriter and has written the title song of this CD, Rhapsody of Leaves. Denise teaches and performs Hammer and Mountain Dulcimer at music/dulcimer festivals around the the US. The "Rhapsody of Leaves" CD reflects her favorite tunes that she performs with a mix of Irish, Classical and Traditional. 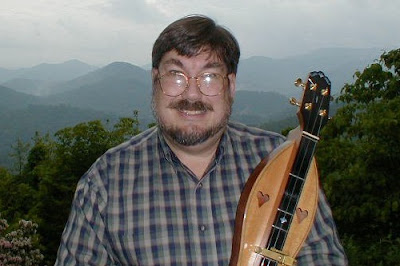 Paul's introduction to the dulcimer was on vacation in Mountain View, AR. He later won and placed in several dulcimer contests there, culminating in the 1994 Texas State Championship. He founded the Bayou Dulcimer Club and is credited as the creator of the Mardi Gras Dulcimer Festival in Covington, LA. An author of three dulcimer books and a CD entitled “Dixieland Dulcimer Favorites,” Paul teaches and performs at festivals throughout the South.


Paul  has done much for the dulcimer's presence in his home state. His lyrical touch on the dulcimer enables him to interpret a diversity of styles of music: Mardi Gras, ragtime, classical, Celtic, pop and traditional American folk music. 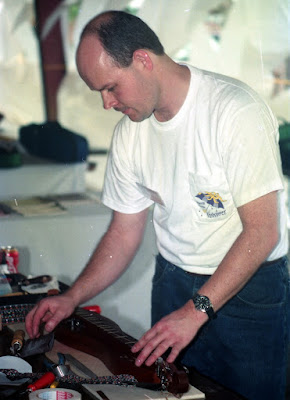