The St. Tammany Economic Development Foundation began 36 years ago. It has gathered business demographic statistics, helped incoming business find appropriate locations, and generally promoted St. Tammany as a great place to work (and create jobs.) Here is a brief history of the group, reprinted from its website.

"In 1981, area business leaders along with several chambers of commerce in St. Tammany recognized the need for focused economic development that transcended the missions of the chambers. These business leaders formed the St. Tammany Economic Development Foundation (STEDF) to attract businesses to the parish and participate in the industry of economic development. The organization’s first office space was in the Hibernia National Bank Building in Slidell.
In 1990, STEDF relocated to a shopping mall space—shared with Senator Tom Schedler, who would go on to become Louisiana Secretary of State.
Chief Executive Officer Brenda Bertus joined the STEDF team in 2002 after leading the East St. Tammany Chamber of Commerce (then, the Greater Slidell Area Chamber of Commerce).
By 2003, STEDF had leased space in a government-owned office on Koop Drive. We worked on Koop Drive for four years before purchasing our first, privately-owned space—right across the street. We purchased the neighboring suite in 2013 and expanded our offices to accommodate our growing needs. 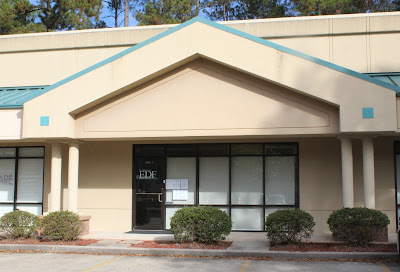 Thanks to STEDF’s efforts promoting St. Tammany as a business destination under Brenda Bertus’s leadership, 138 companies committed to locate or grow their operations within the parish. These companies agreed to invest over $980 million into St. Tammany, retaining almost 4,800 jobs, and committing to create over 5,900 new jobs. 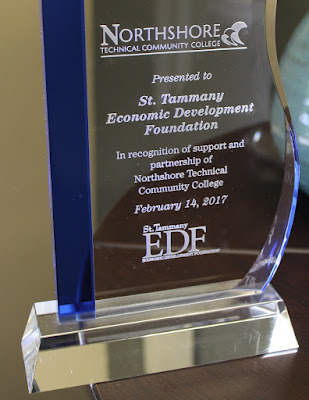 The website also has an interesting overview of St. Tammany items of interest.

Here is a link to the group's "Around the Parish" webpage.

According to the STEDF, "St. Tammany has always been an attractive and desirable location for those seeking the good life without sacrificing business success. Our parish encompasses 854 square miles and its communities, including Abita Springs, Bush, Covington, Folsom, Lacombe, Madisonville, Mandeville, Pearl River, Slidell, and Sun have something to offer everyone - from urban neighborhoods and small towns, to artists' meccas, to historic villages and panoramic countrysides.
Though the Northshore has much in common with its big neighbor across the lake, St. Tammany Parish is not a suburb, nor a stepchild of New Orleans. Rich in history, culinary heritage, green spaces, and scenic beauty, St. Tammany for more than a century has been where New Orleanians come to get away from the city. Now our charms are being explored by visitors from around the country and the world."

A 1982 Article About the New Organization
Posted by Ron Barthet at 3:30 AM