The Northshore Community Orchestra performed its Christmas Holiday concert for 2017 at Fontainebleau High School in Mandeville Saturday night. It will present the concert again in Olde Towne Slidell next Thursday night. Here are some photographs. Click on the images to make them larger. 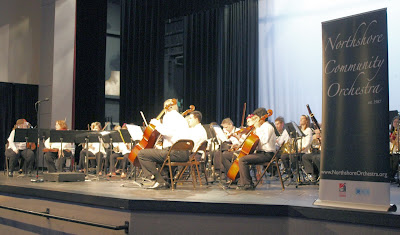 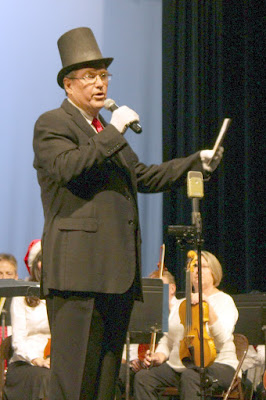 The orchestra has more than 50 members. 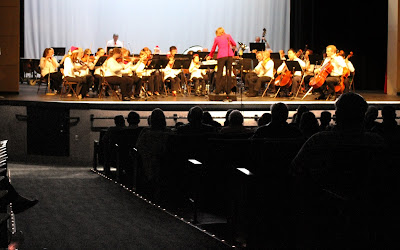 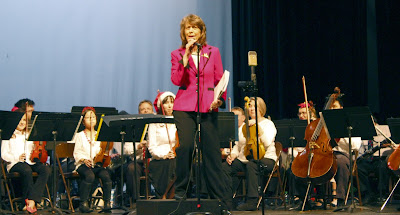 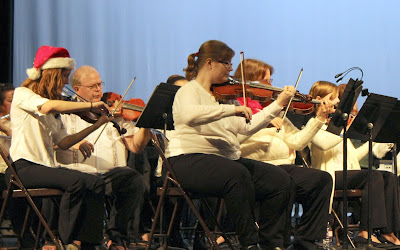 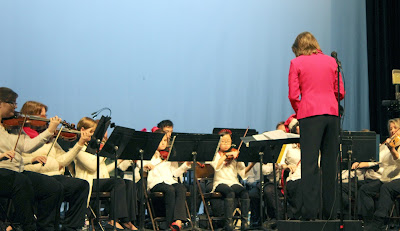 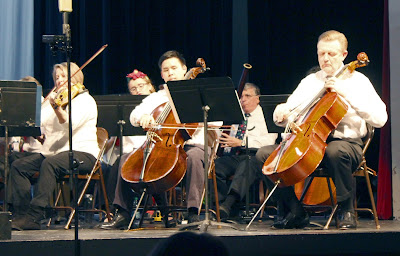 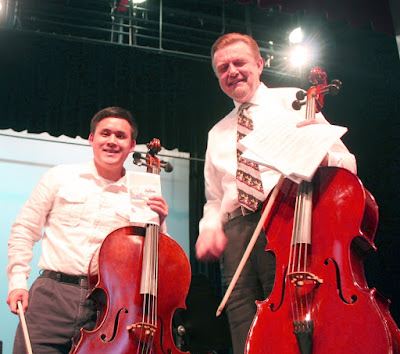 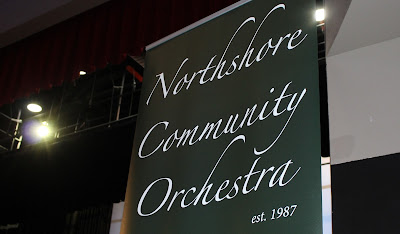 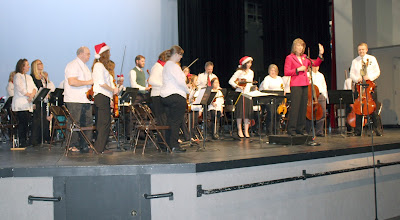 A repeat performance of the Christmas concert will be given on Thursday, December 21, 2017, at 7 pm at the Slidell Municipal Auditorium.

According to the group's website, "The Northshore Community Orchestra (formerly the Slidell Youth & Community Orchestra), part of the Clearwood Junior High Community Education Program through the St. Tammany Parish school system, is the only symphony orchestra in St. Tammany Parish where both youths and adults can make learning and performing music a lifelong endeavor. The orchestra was established in 1987, and has operated continuously ever since.

"The orchestra performs several full orchestra concerts as well as some smaller group ensembles throughout the year, with genres including classical, jazz, pop, folk, ethnic, traditional, movie themes, and broadway hits. In addition to annual Christmas and Spring concerts as well as several small ensemble performances, the orchestra performs a special concert each year for hundreds of fourth-graders from various St. Tammany Parish schools to introduce them to orchestral music, teach them the various categories of musical instruments, and inspire them to participate in their school's music program.

"The members of the orchestra come primarily from Slidell and other parts of St. Tammany Parish (such as Lacombe, Covington, Mandeville, and Abita Springs), but some also come from surrounding parishes in the Greater New Orleans area and south Mississippi. Representing a diverse assortment of backgrounds such as students, medical professionals, engineers, skilled tradesmen, scientists, homemakers, members of the military, educators, and retirees. Currently our youngest member is 10 years old and our oldest is in his 80s. Some of the orchestra's musicians are family members who play together – spouses, parents/children, and siblings.

"The orchestra's conductor since 2006 has been Mrs. Susan Messina, a Slidell native who has a master's degree in music from Southeastern Louisiana University, and over 30 years experience as a music educator. She has served as a band director at several area schools, and currently teaches private lessons on a wide variety of instruments at Christy Music in Slidell.

"Supported by a grant from the Louisiana Division of Arts, Office of Cultural Development, Department of Culture, Recreation and Tourism in cooperation with the Louisiana State Arts Council as administered the St. Tammany Commission on Cultural Affairs.

"Support also comes from the membership as well as generous donations of local businesses and individuals. More information about the orchestra is available by visiting its website at http://northshoreorchestra.org/