With dozens of special guests and more than a thousand students looking on, Covington High School officially kicked off its Centennial Celebration in August of 2012 with a balloon release and the ringing of the bell from the original school building.  The event was held in Jack Salter stadium, with former Coach Jack Salter one of the many dignitaries in attendance.

Principal Deborah McCollum and Student Council President Jillian Carlos emceed the event, with the Marching Lions Band providing the music. The dance team and cheerleaders also took part, particularly in the construction and placement of a quarter-mile long paper chain, each link signed by a student at the school and decorated with positive statements. The chain symbolized the school’s unity and pledge to treat each other fairly.

Special guest Evelyn Talley, who graduated with the Class of 1940, told the students to take advantage of all their opportunities, do their best and appreciate the rich legacy of Covington High. “I loved school, and the band was an important part of my life,” she said. “I still have my trumpet.”

Her husband, the late Theodore “Red” Talley, was a School Board member for many years and took part in the planning of the current high school building. 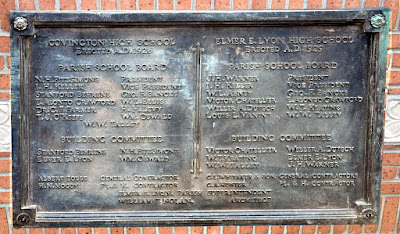 At the beginning of the event the school’s original bell was rung ten times by officers of the Senior Class, each sounding representing one decade for the school. At the end of the ceremonies, one hundred balloons were released while the band played and the audience cheered. 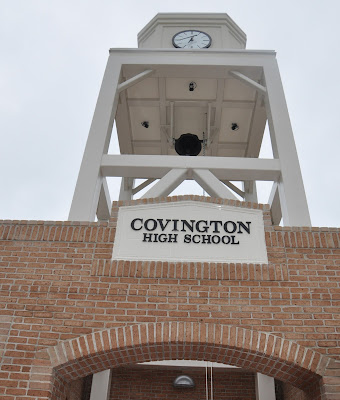 A commemorative Bell Tower was built, and the bell, rescued from the 1974 fire that destroyed the original Jefferson Avenue building, was placed in the new Centennial Bell Tower located on the front corner of the school’s campus on U.S. 190. 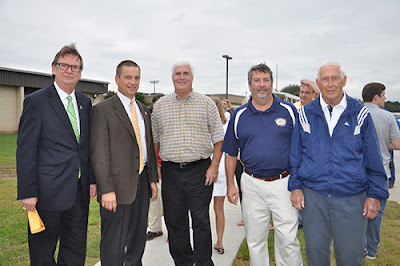 In October of 2013, alumni from the school's past 100 years attended the Bell Tower dedication ceremonies, including Evelyn Talley of the Class of 1940, who helped "ring the bell" at the close of the program. She is shown below displaying her class ring. 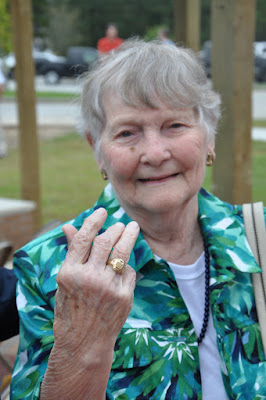 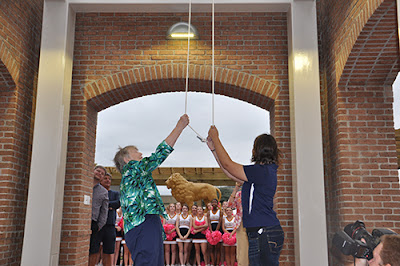 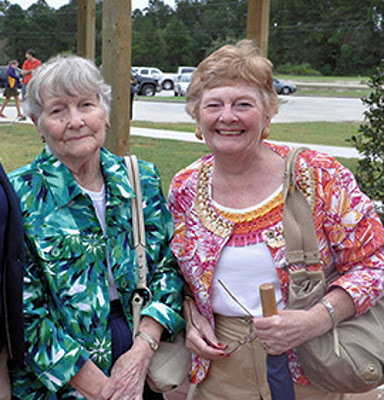 The History of Covington High School
Posted by Ron Barthet at 3:47 PM