Over the years Covington has been the home to a large number of civic and fraternal organizations. One of the most mysterious, however, were the United Ancient Order of Druids.

Newspaper accounts of a hundred years ago pictured them as a fun-loving group that was always putting on dances, benefits, and other social events. Their name showed up many times in the pages of the St. Tammany Farmer newspaper.

Like many fraternal groups, they had their rituals and esoteric teachings. But overall, according to the newspaper items, they liked to have a good time and usually invited non-members to join in with the festivities. 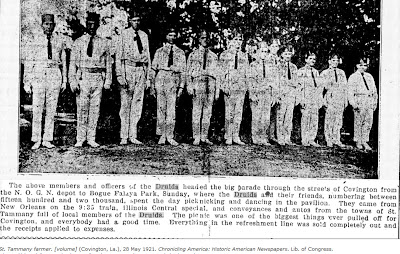 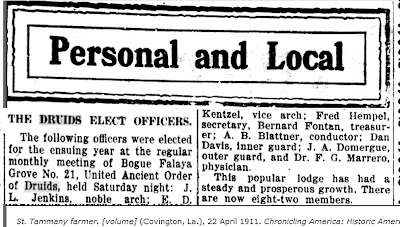 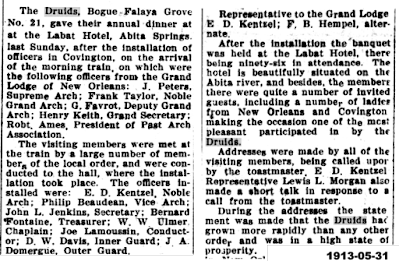 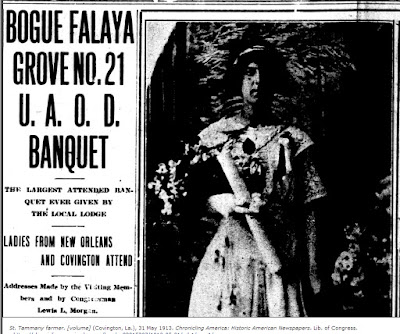 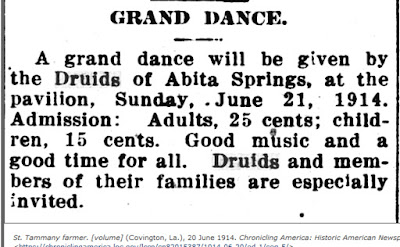 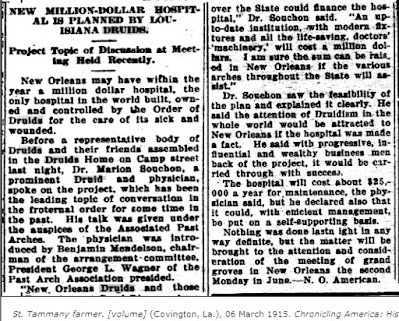 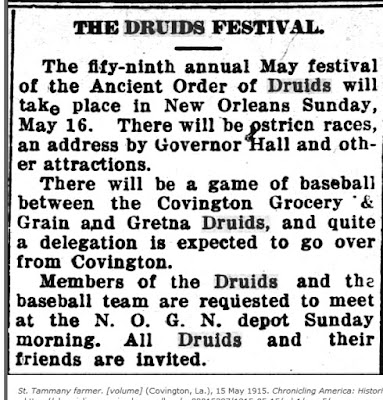 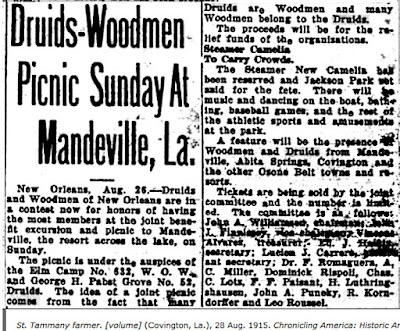 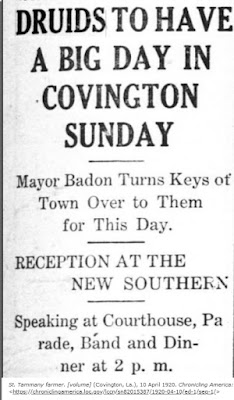 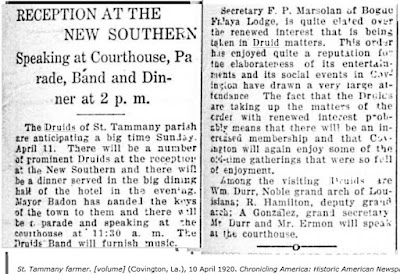 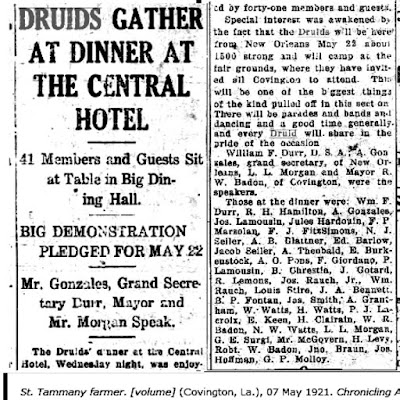 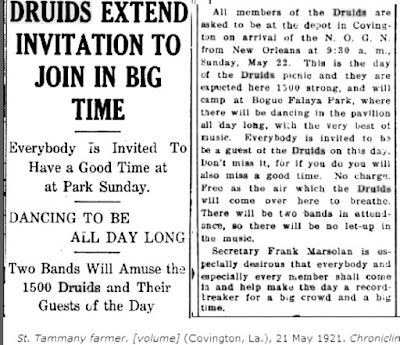 Wikipedia described the Ancient Order of Druids as a social service organization that began in England in 1781, and it was known for helping destitute families. Membership declined after World War II.