Small Mall Gets A Lift

The two story wooden building at the corner of Girod Street and Madison Street in old town Mandeville is getting a lift, literally. The building is being jacked up and hydraulic lifts will bring it three and a half feet higher, according to a worker at the scene. 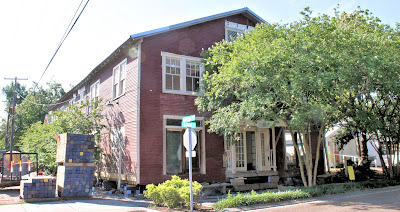 Built in 1927 as The Allenton Hotel, a resort hotel for weekend vacationers, the structure helped hundreds of New Orleans residents escape the heat of the city.  It later provided apartments with a restaurant bar and dance hall during the 1950's and 1960's, according to a City of Mandeville webpage.

A retail center known as "The Small Mall" sprung to life inside the building in the 1970's and became a center for small antique shops, artists and an art gallery. 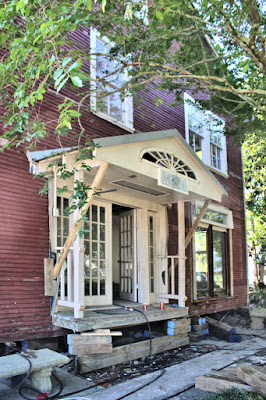 Today the building is being raised by an array of hydraulic jacks. 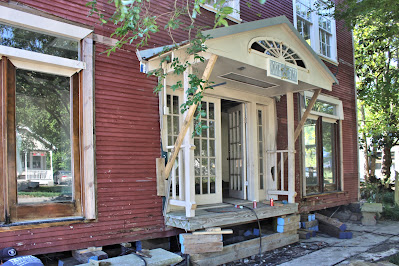 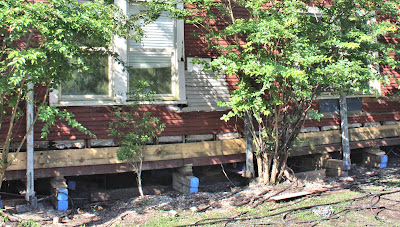 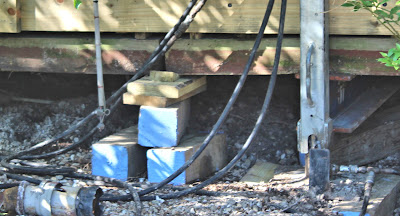 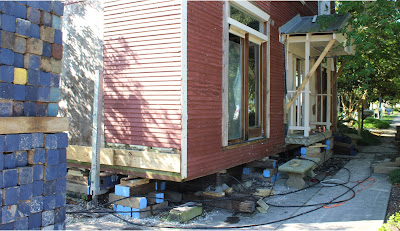 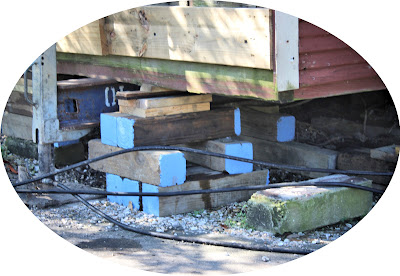 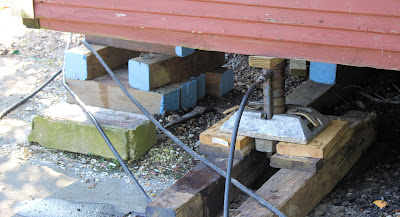 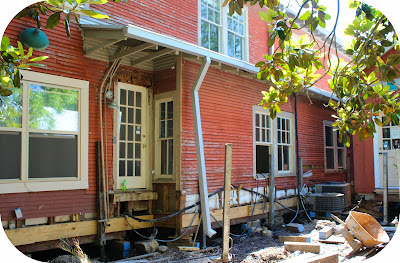 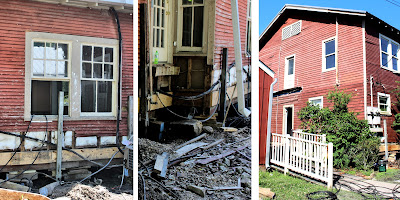 The City of Mandeville website states that the building originally held its grand opening on December 31, 1927 and was built by E J Allen to take advantage of the train tracks that were planned to run along what was originally named Girod Street. The tracks were never built, however, and the Allenton (sometimes The Allen) became a popular destination with its dance hall, dining room, and bar on the first floor. The second floor, with its 10 guest rooms complete with a sink and gas heaters, boasted two full baths.

"During the construction of the Lake Pontchartrain Causeway (1956-1961) the building acted as boarding house for workers. When construction was complete, the Allenton fell into disrepair. 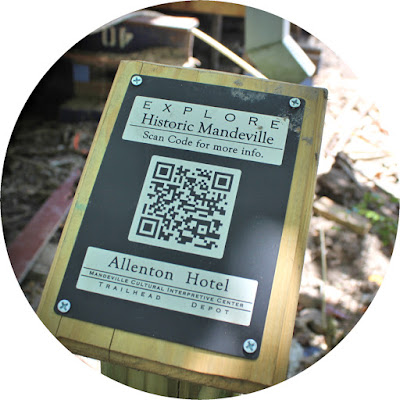 The Allenton Hotel has its own QR Code Historic Mandeville Placard.
"A new owner and major renovation in 1978 added central heat and air, new wiring, and plumbing. The ground floor was converted into a cooperative of small businesses called the Small Mall. The upstairs was briefly a bed and breakfast, then converted into apartments. The former front gallery, lap siding and slate roof are long gone," according to the city's website.

The two story building being lifted consists of 7176 square feet of offices and apartments. 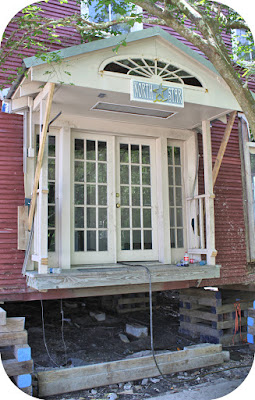 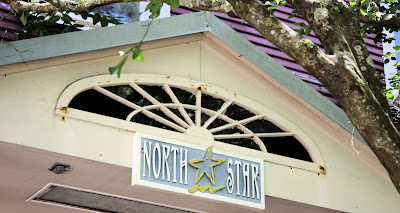 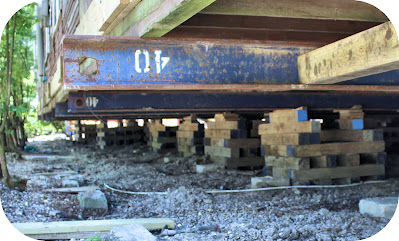 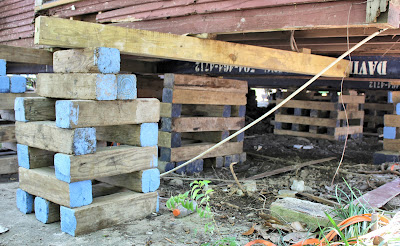 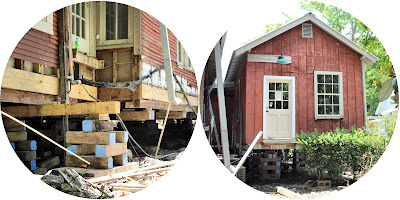 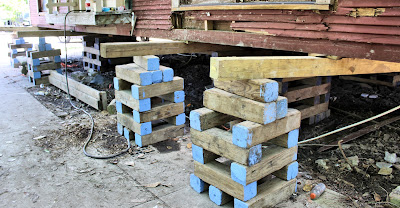 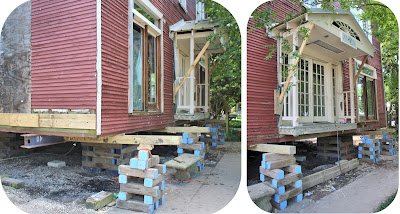 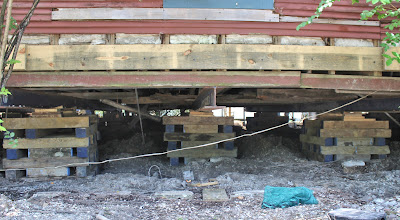 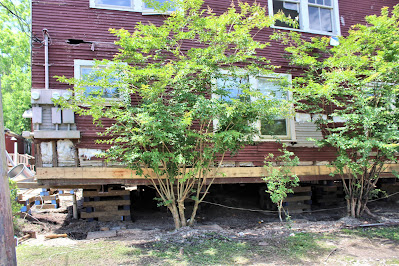 Photos below from early August, 2021 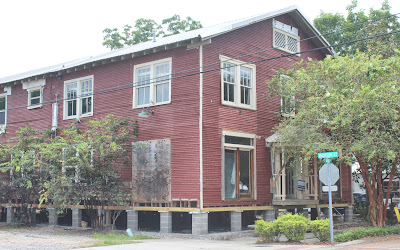 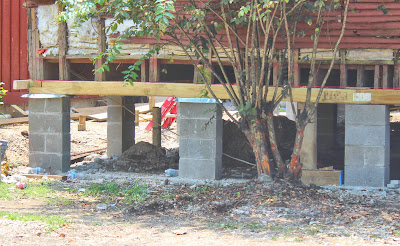 In the 1990's, a 230 seat auditorium was added at the rear to provide for live entertainment, conferences and business meetings. Over the years the building has hosted the North Star Theater and The Small Mall, which was a variety of spaces for vendors. The two story 11,352 square feet structure has also had a number of offices, according to real estate websites that describe the property in detail. 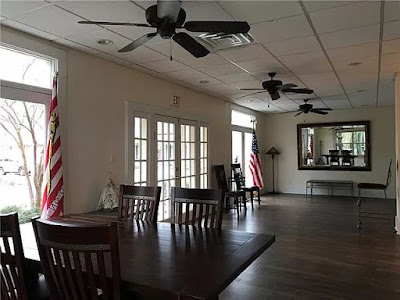 North Star Director Lori Taylor began using the venue's auditorium as the North Star Theater in 1991, presenting a variety of plays, lectures and other entertainments. One of my favorite ventures to the theater was for a Patsy Cline tribute.

During the summer, instruction in the dramatic arts was offered local children by the United Theater Artists organization. Emphasis was placed on improvisation and presentation, with monologues video-taped for posterity. There were also adult acting workshops at the location.

An interesting tidbit about the North Star theater is that in 1991 when the Oliver Stone movie JFK was being filmed in the New Orleans area, a local dentist providing services to the film company convinced the movie's production manager to donate props, flats and wardrobes used in the movie to the newly-opened North Star Theater for its use in upcoming productions.

The first play put on by the group at the North Star building was Charles Dickens' "A Christmas Carol." That performance was a fund-raiser for Pelican Park recreational facility east of Mandeville.

The United Theater Artists began in 1986 and was first housed in Covington in a movie house converted into a theater space. When the new theater in Mandeville was built in 1991, the group produced three to five major productions each year in addition to the spring and summer drama programs for young people.

In 2014 the building hosted some of the events accompanying the Jane Austen Festival held in Mandeville. 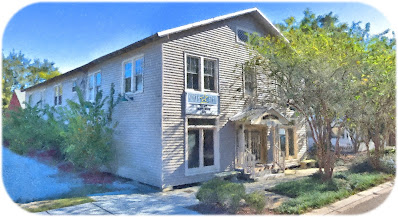 The Allenton Hotel building at its original level