The St. Tammany Retired School Employees Association met the morning of May 13 at the David Treen Instructional Technology Center in Mandeville. 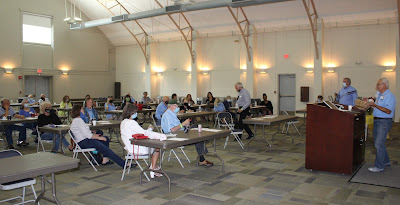 President Eric Sacks welcomed those present and introduced the several board and committee members who gave reports on the status of various projects.

He announced that Isabelle Massey of Covington High School had won the group's Educational Scholarship for the year. She had been presented the scholarship award at a meeting the week before, with her parents present. 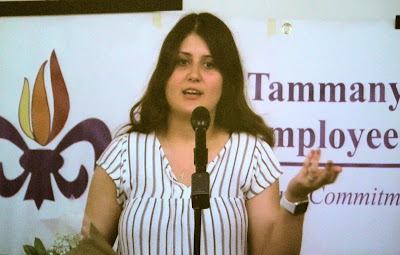 Miss Massey gave an emotional appreciation for the funds, promising to become the kind of teacher that she had met throughout her schooling who had been such a help to her.

"Thank you so much, and I really appreciate receiving this grant," Miss Massey stated. "I want to become a teacher because I want to be there for my students as my teachers have been for me."

Scholarship Chairman Pam Montreuil said that the student had touched their hearts with her comments thanking the group. Her father is also a teacher, Sacks stated. She has a passion for becoming a teacher, it was obvious, and the group looks forward to keeping up with her educational and work career achievements.

She plans to attend Southeastern Louisiana University and study education and history.

Here is a YouTube video of the scholarship presentation.

The traditional "Memorial Program" was then held, wherein members who have passed away in the previous year were named and remembered. This ceremony covered the past two years, however, due to COV-19 issues last year, and a total of 29 names were given. Bill and Carolyn Brugmann helped conduct the solemn ceremony. 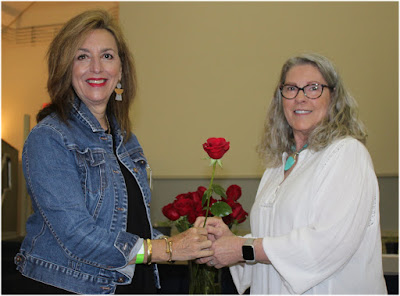 A bouquet of roses was part of the memorial ceremony and members were invited to take single roses to the relatives and loved ones of the members who had passed.

An update on services offered by the Louisiana Retired Teachers was provided, via Zoom, by Jennifer Tran from her Baton Rouge office. She went over various links on the LRTA website that offer information of importance to members with specific problems.

Jack Loup presented the legislative report, updating the members on issues now being discussed in Baton Rouge which could affect retirement programs.

Two new members were welcomed to the group. 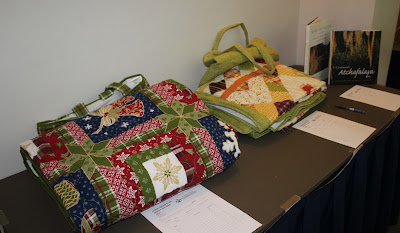 A highlight of the meeting was a "silent auction," where members bid on items brought in and donated to help raise funds for next year's educational grant scholarship fund. 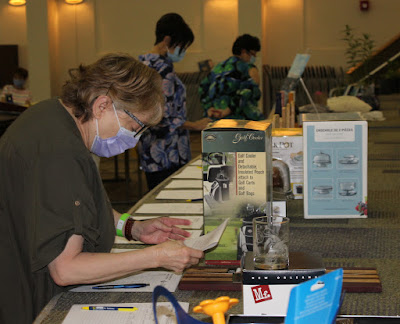 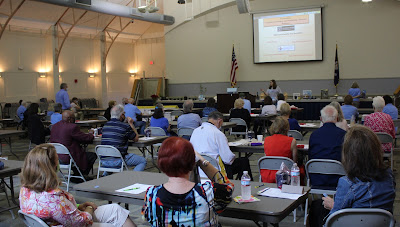 The meeting was well attended and spaced out. 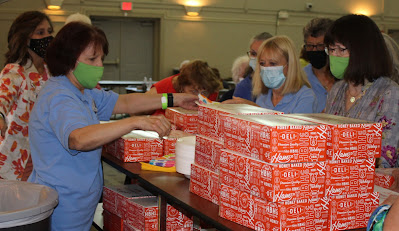 It was the annual spring luncheon, so box lunches were served after the business meeting.