Today we look at a map of downtown Covington in 1915. It is a Sanborn map, so the buildings are drawn in and labels are included to indicate the type of business. The area covered by these four images are the first several blocks along Boston Street from the river, a block north to Gibson and a block south to Rutland. Some descriptive comments have been added to better orient the viewer today 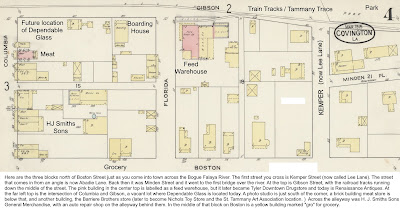 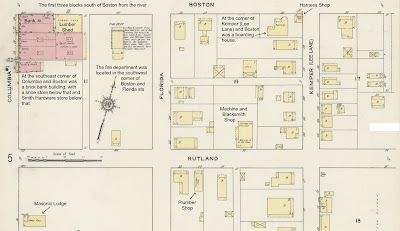 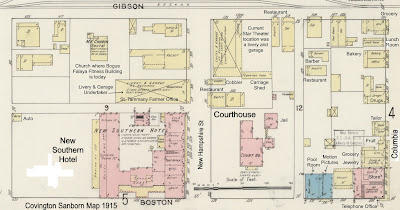 The map section above shows the two blocks north of Boston between Columbia and Vermont. Featured are the parish courthouse and New Southern Hotel. There was a motion picture theater in the blue building on the alleyway 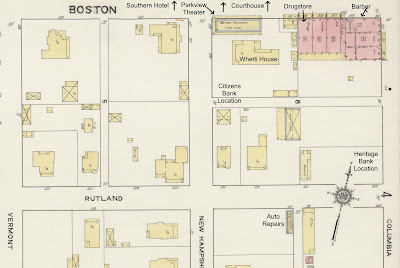 The map section above shows the two block below Boston between Columbia and Vermont Streets.
One of the best resources for historical researchers are the Sanborn Fire Insurance Maps of the early 1900's. The maps were made to help insurance companies assess fire risk associated with various buildings. Different colors were used to denote different types of construction, and a wealth of information was provided to provide water system capacity and fire department capabilities.
In 1915, here is how Covington was described: 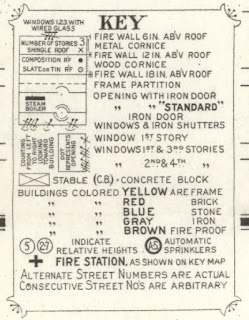