One of the busiest school system employees was Frank "Dennis" Sharp. Not only a lifelong educator with the St. Tammany Parish Public School System, he was renowned for his bar-be-que skills and often fed scores of people at various special events. He was also an accomplished musician. 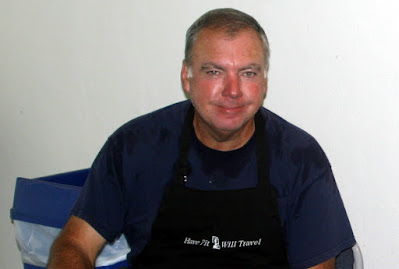 A lifelong resident of Covington, LA, he was born on Thursday, February 19, 1953, to Kathryn Cooper and Frank William Sharp. He was an Educational Supervisor, a parish Councilman, farmer, musician, BBQ master, poet, and songwriter, but his greatest passion was for public service, according to his obituary found on the E. J. Fielding Funeral Home website.

Growing up and living his entire life in the rural community of Lee Road, his childhood experiences on the farm taught him the importance of family, a love for the land and animals, and the value of hard work. 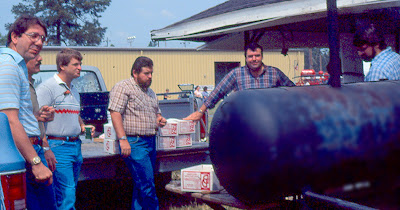 Bar-be-que at the Our Heritage Celebration

Having received his Bachelor's Degree in Vocational Agri-Science Education from LSU, he quickly advanced his education to a Masters in Education from SLU in 1978. He later returned to LSU for his Education Specialist Certification. He began his career with the St. Tammany Parish School system as a teacher at Lee Road Jr. High and sponsor of the Future Farmers of America (FFA), later becoming Principal for several years before advancing to a Supervisor of Secondary Instruction at the central office.

While a Supervisor, he also served as School Board Parliamentarian. After 33 years of dedicated service, he retired in 2009. 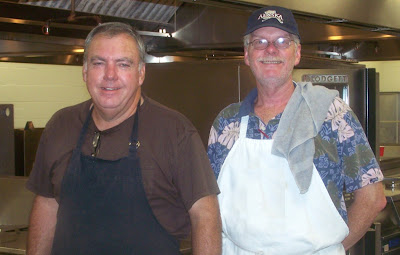 Sharp and Brandon Clanton at the school board office 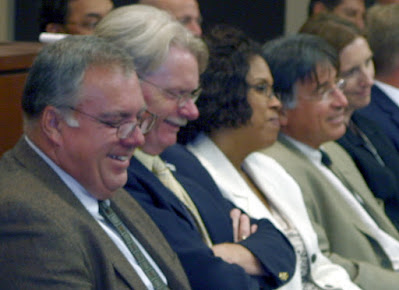 He was known for his quiet manner, but when he spoke, his words were valued by friends and co-workers. He was commended for being the first to volunteer to help others with various projects

His talents for singing gospel music and playing bass guitar came to the forefront early in his life, and he later played and sang for several Classic Rock bands, including "Gypsy River."

It was not generally known that he was a prolific writer of poetry and song lyrics, often writing by request for special family events. His knowledge of music and appreciation for theater served him well as he sat on the Advisory Board for The Columbia Theatre, owned by Southeastern Louisiana University.

His skills in BBQ were appreciated far and wide. He crafted a huge BBQ pit from a former gas tank, and he was able to cook meals for more than 300 people without a problem. He catered many local charity events, declining any compensation for his labor. He was a supporter of the Youth Service Bureau in Covington and New Heights Therapy Center in Folsom. 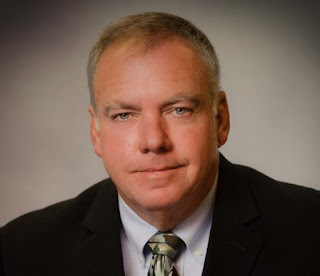 After his retirement from the School System, he ran for public office and was elected in 2011 as a Parish Councilman for St. Tammany District 2. He was re-elected in 2015 for a second term. While Councilman, he served on several boards and committees including the 911 Board.

A project especially close to his heart were the renovations and enlargement of the St. Tammany Parish Fairgrounds in Covington. As a child, he raised cattle and hogs, eagerly competing in local and district livestock shows. He promoted the St. Tammany Parish Jr. Livestock Association, and looked forward to opportunities to work with some of the students especially in the area of public speaking.

He  passed away on Sunday, May 28, 2017, at the age of 64. In lieu of flowers, donations were made to the St. Tammany Parish Jr. Livestock Association. 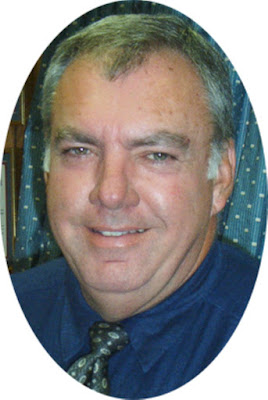