The St. Tammany Humane Society was facing an uphill battle in the mid-1960's. Organizers and volunteers did what they could, but money was scarce. Then came Paul Pegue. I had met him in 1972 when he rented office space to the Covington Daily News. Four years later, in 1976, I wrote a feature article about him and how he was instrumental in helping fund the early efforts of the St. Tammany Humane Society. Here is his story.

Paul Pegue is the type of fellow who makes a community click. Without him, the St. Tammany Humane Society would not be what it is today, one of the finest animal care facilities in the nation.

Today St. Tammany has something of which to be proud, an organized animal shelter with an ongoing service to area communities. It was not always like this. Not long ago, the Humane Society consisted of one animal shelter on the fairgrounds In Covington, with floors of shell and more problems than solutions. It was Pegue who helped spearhead the drive to get the money which would pay for those solutions. 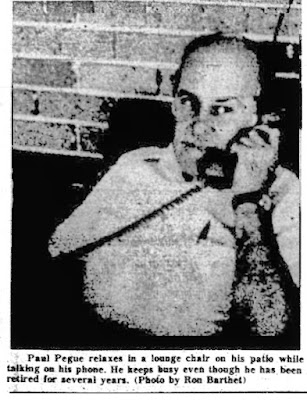 He came to St. Tammany Parish just after his retirement as a successful real estate and insurance salesman in New Orleans. That had not been his first career. Earlier In his life, he had been a well-known singer, once appearing with Ethel Merman in the show "Take A Chance." He was a night club singer and even once performed before the Prince of Wales. 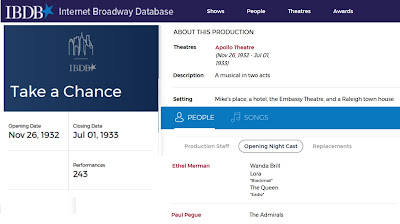 Click on the above image to make it larger and more readable.

The show business life did not keep him, however, for he wanted to return to the United Slates and finish college. Then, years later, In St. Tammany Parish, he was elected president of the Humane Society and asked to go about improving the group's facilities. He reluctantly said yes.

He was in his mid-60's at the time. It was only after he became president did he realize the work that needed to be done. He was horrified at the condition of the animal shelter.

He put his business experience into gear once again and went before the board of directors. "We need a new shelter," he told them, saying it would cost in the neighborhood of $25,000. This money would be raised with benefit dinners, auctions, fund-raising events and the like, he said, and there were those who.said the task was impossible.

This was in late 1967. In mid-1968, the group had collected a total of $17,000. How had that much money been raised in those few months? With the help of dozens of hard-working volunteers, the society held parties, solicited funds, held garage sales, "Trash and Treasure" hunts, pancake breakfasts and boat rides.

The money came rolling in after each event and the group was heartened. When the sum reached $17,000. it was decided to borrow another $15,000 from Schoen Life Insurance and go ahead with the shelter. Pegue supervised the construction of the shelter, ordering materials and overseeing labor on the job.

The $32,000 building and $6,000 fencing is worth at least $80,000 today, he said. Among those who helped bring the animal shelter into reality besides Pegue were Holly Reynolds, Olga Kaufmann, Claire Roberts, Bernice Deano, Marion Drysdale, Flavalee Johnson and many other volunteers. Mrs. Reynolds was one of the originators of the idea of a Humane parish for St. Tammany.

When the shelter was dedicated on September 2, 1969, Miss Kaufmann presented Pegue with a plaque in recognition of his efforts, calling the building an animal shelter "with a heart." A visitor from Chicago who was very familiar with animal shelters from coast to coast called the St. Tammany structure the finest one in Louisiana and certainly one of the best in the nation. The building itself was designed by Philip Roach.

'Those people who said it couldn't be done were wrong," Pegue said with a smile. The shelter is now in its fifth year of operation with Mrs. Thelma Henry as superintendent. She also serves as treasurer of the society. Perry Gosling is current president, and Pegue is the current vice president. Of  Mrs. Henry's work, Pegue said she does a superb job.

Arthur White, who for a long time has worked at the animal shelter, died last week after a severe stroke. Pegue gave him special recognition for his work with the society. "And I want to particularly give the St. Tammany Farmer credit for its front page coverage of the fund-raising drive, especially Bob Landry for his help," Pegue said.

Commenting on the current membership Pegue encouraged participation. "We need new members and it certainly doesn't cost much to join the society," he said. "Just $2 a year."

Pegue and his wife now live on their 14 acre place off Military Road. He still has some real estate business, but for the most part, he has resumed the life of a retired businessman. Thanks to his concern and that of dozens of others however, the St. Tammany Humane Society and its animal shelter will never be the same, but ever improving. 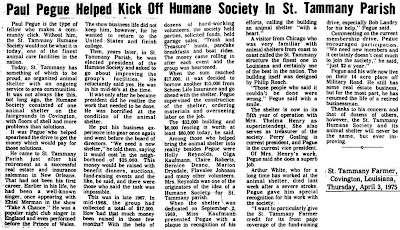 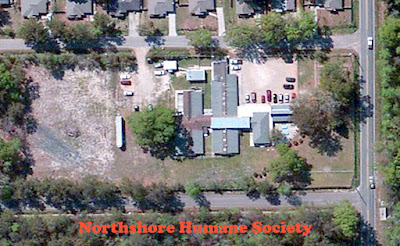 The animal shelter, shown in this aerial photo from Google Maps, is located on Harrison Avenue, which for many years was known as "Dog Pound Road." 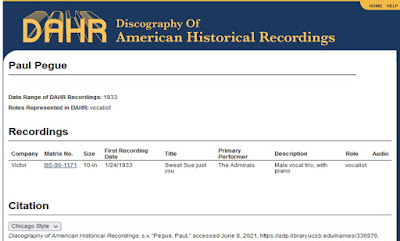 Paul Pegue is on the list of American Historical Recordings