In 1995, Randy Lanier bought an acre of land on La. Hwy. 59, between Mandeville and Interstate 12. It was to be the location of his new music store, a full service establishment for established musicians of all instruments, plus lessons for newly-minted musicians.

Lanier Music has been providing music instruments and instructions for over two decades.

In his youth, Randy did what he could to help his family's dairy farm through tough times. After learning how to play the drums, he hoped to play in a band someday.  He reached that goal and then, while working at a music store in college, decided he wanted to open one of his own when he settled down. 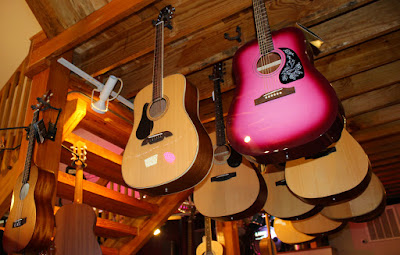 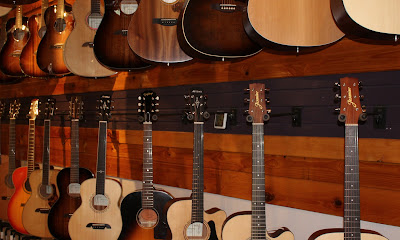 When circumstances gave him the opportunity to work at Carl Hayden's music store in Hammond, he began to forge his music retail career. Hayden had also been a dairy farmer, so the two knew what hard work could accomplish.

Lanier launched his own music store by applying the work ethic he grew up with to his new business venture.  He built Lanier Music from the bottom up-literally, board by board, adding another section when he ran out of room in the first building, then adding lesson rooms on the second floor. The store more than tripled its size in 2008 to over 9,000 square feet. That was an addition of  4200 square feet of retail and repair space, and 2,800 square feet of lessons space. 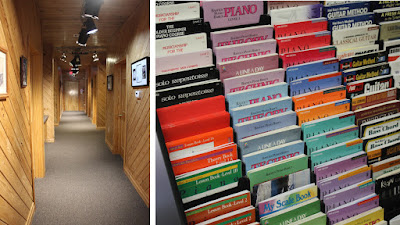 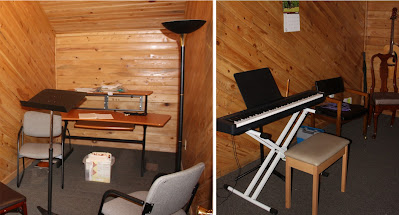 Lesson Rooms
A separate section for Band and Orchestra was recently expanded, and he has included dedicated space for Drums/Percussion as well as a dedicated lighting area. That area features a raised stage, with a massive drum set, with a lighting control board overseeing the performances from its perch on a stairway landing.

”Every day I get to help people on a musical journey,” he says.

He is famous for his downhome wit and neighborliness. A couple of times when early morning customers drove up before store hours and found him doing some tractor work in the yard, he opened the store early to serve them. Only after the sales did he realize that he was barefoot. Those incidents became legendary. 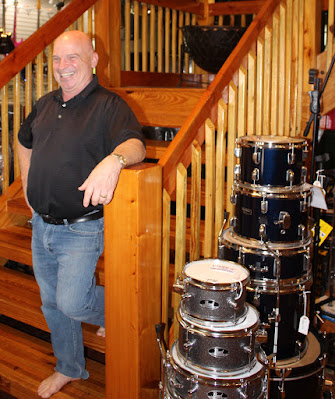 Lanier tries to help people beyond their expectations "It’s loaning a guitar or amp for someone to try out on a gig," he said."Helping a church out with a speaker in a bind.”

After Hurricane Katrina, a family came into his store that had lost everything, yet they still had an amazing attitude.“We were talking when the father says to his wife, ‘Look, honey,’ and points to their son playing one of our guitars. The boy looked happy.  She teared up and told me that he hadn’t smiled since the storm three weeks before.  The dad asked how much the guitar was, and I said it wasn’t for sale.  ’Why not?’ he asked. ‘Because it’s already his,’ I told him.

“That’s the best thing about being the owner: I have the luxury of doing that.  That family told tons of people about that, but I didn’t do it for promotion. I did it because it was right.”

Lanier Music has eight private lesson rooms upstairs that are acoustically designed for lessons. They offer lessons for guitar, piano, drums, percussion, voice, a variety of band and orchestra instruments as well as ukulele,mandolin and even banjo.

Also upstairs  is Randy's office, outfitted with a rather unusual desk. 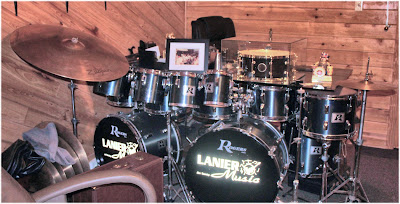 He's made a lot of friends across the years, names of people you would recognize. But it's all about the music, especially the local music.

Roy Burns and Randy Lanier at the 2015 NAMM Show

Roy Burns was an American Drummer, educator and founder of Aquarian Drumheads. Roy was one of the first to give drum clinics, and is credited with pioneering the concept. “I first met Roy in 1977 at a clinic when I was 12 years old and many years later, he remembered me, which I thought was amazing. I am honored to have called him my friend,” Lanier said. 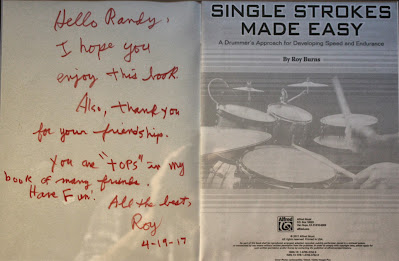 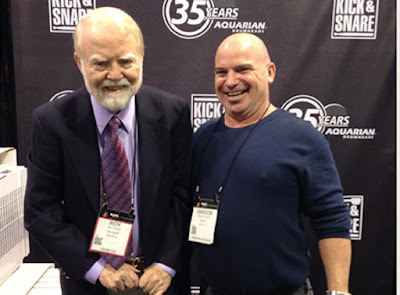 And if Randy ever needs a reminder of his early days as a youth on a dairy farm, all he has to do is look up. For nestled among the displays of stage lighting spotlights and strobes is an old automatic milking machine nozzle. 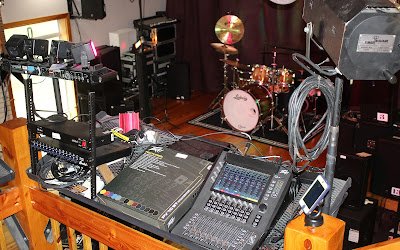 The sound and lighting board overlooking the stage 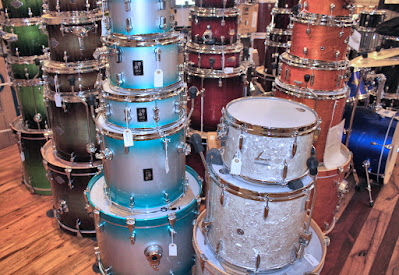 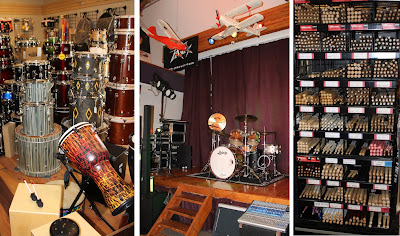