Here is an aerial picture of the eastside entrance to Covington in March of 1965. Click on the images to make them larger: 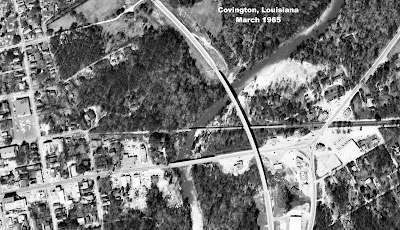 Here is the same picture with some landmarks labeled. 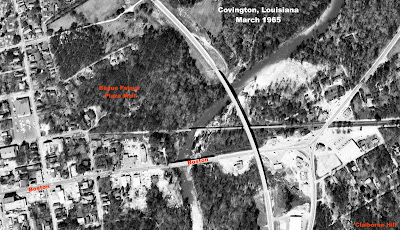 Ten years later, here is another aerial picture, zoomed in on the Boston St./Lee Lane intersection. 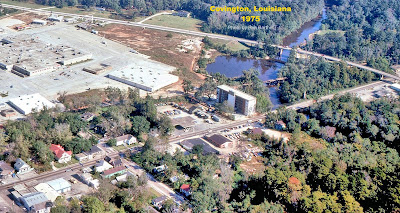 In 1975, ten years later, the Bogue Falaya Plaza mall has been built, the six story condominium apartment building has been put up, as has Otasco's, Gibsons, and Pasquale's Pizza. 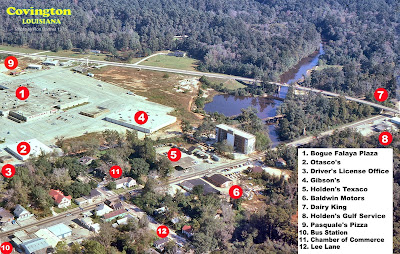