Walking around the set of the movie "Nightmare Honeymoon" back in 1972 was an opportunity to talk to the cast and crew, but mainly the technical people who made it all happen. The film location was on the Tchefuncte River near the Penick Plantation, which is now a part of Beau Chene Subdivision.

One scene in the movie was made on the road between Madisonville and the Tchefuncte River boat launch, with a car chase scene ending on the high bridge near T Rivers Bar.

The name of the movie was "Nightmare Honeymoon" when it was released, but while it was filming in Madisonville the working title was "Blood Song" for a while, then it was "Deadly Honeymoon." Changing it to something else was probably a good decision. Here are some of the photos I took while on the set, as well as the interview with the guy in charge of special effects.

Click on the images below to see the larger (and more readable) version. 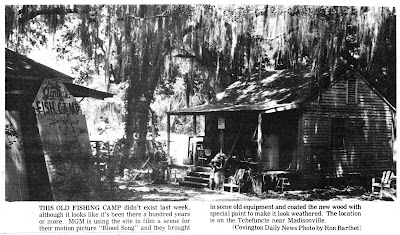 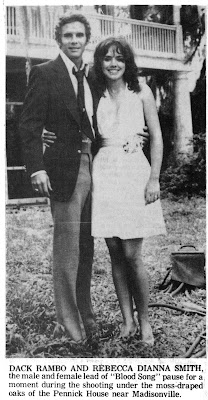 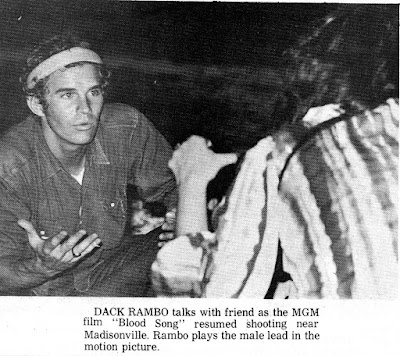 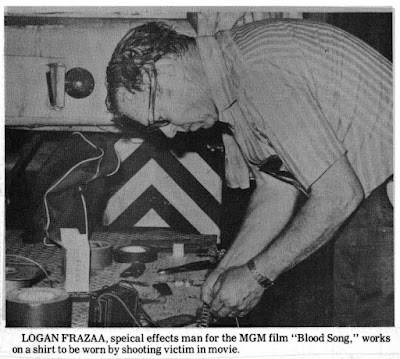 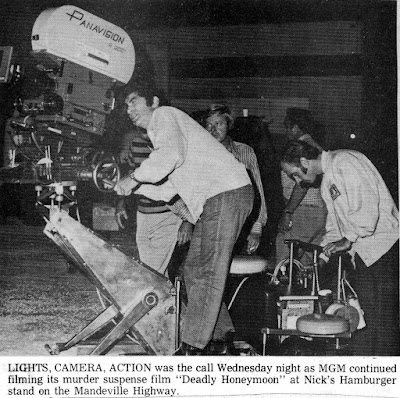 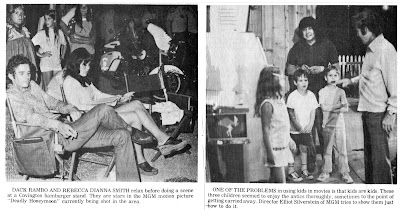 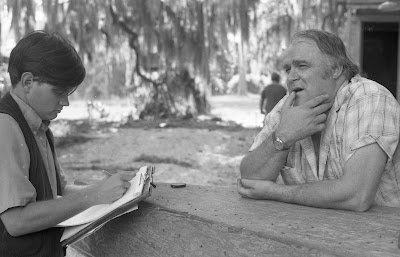 Interviewing David Huddleston with the Tchefuncte River in the background.

Here's a list of some of the movies made in or around Madisonville, according to the Internet Movie Database: