The St. Tammany Historical Society for many years was a fun and productive group, engaging in meetings, banquets, exhibits, and coffees, with speakers all focused on the history of St. Tammany Parish and southeast Louisiana (a rather unusual place when it comes to the past 300 years.)

Click on the images and articles below to see a larger version. 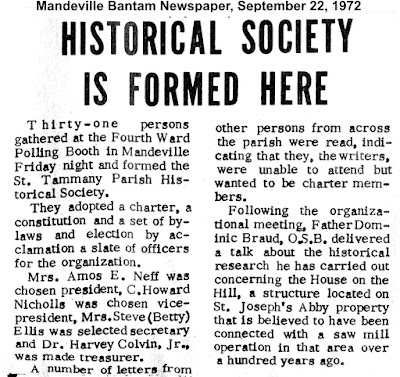 The historical group was formed in 1972 and kept busy publishing gazettes, encouraging research, and planning for a museum of some type. It usually met at the Mandeville City Hall. Here are some pictures. Click on the images to make them appear larger. 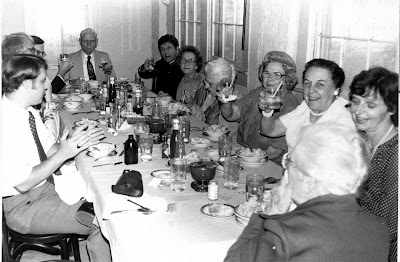 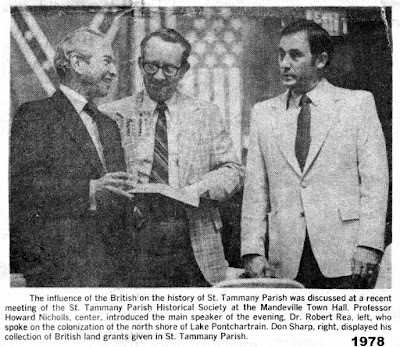 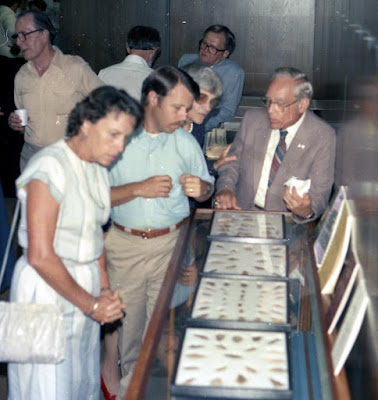 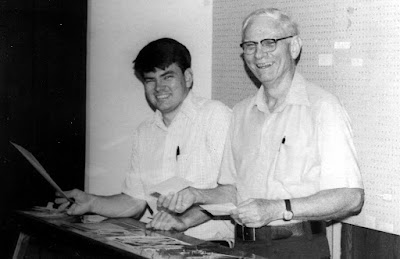 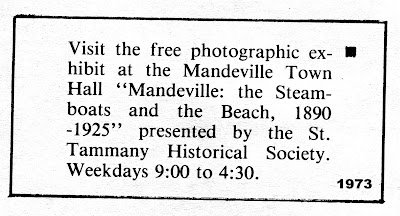 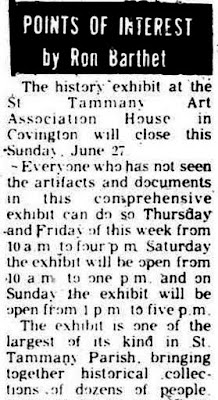 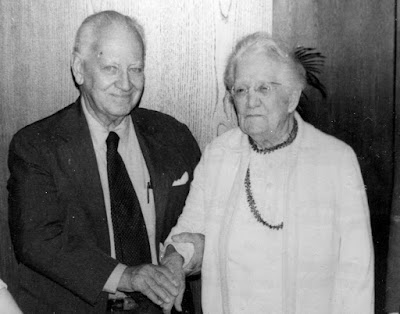 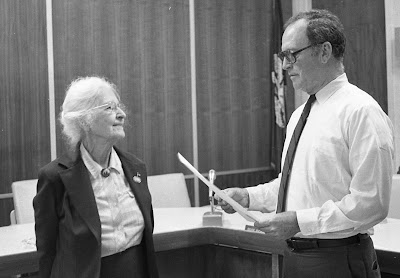 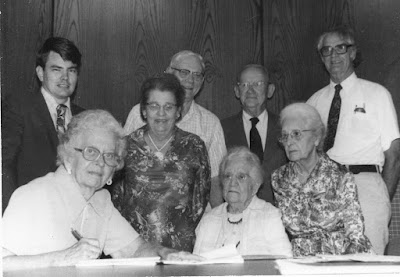 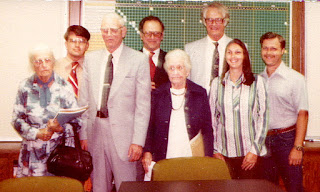 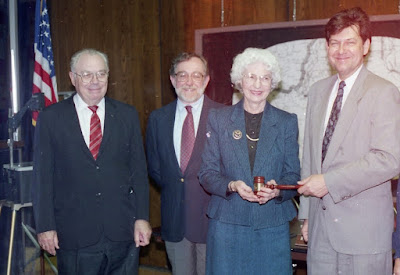 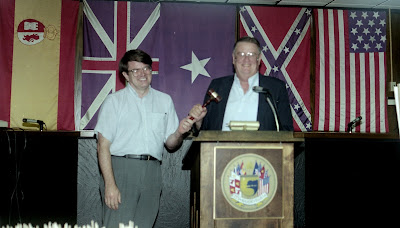 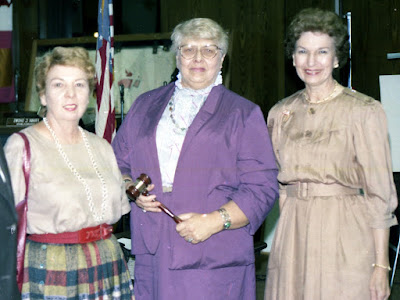 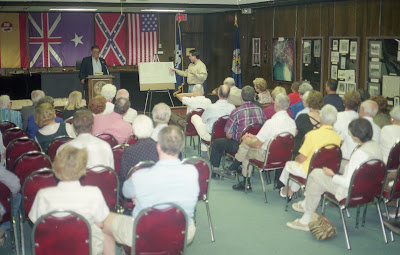 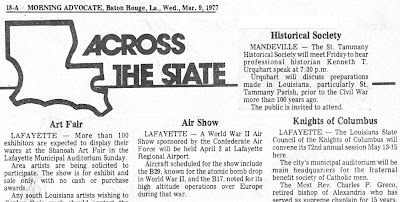 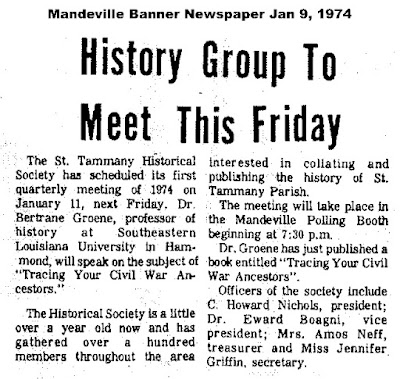 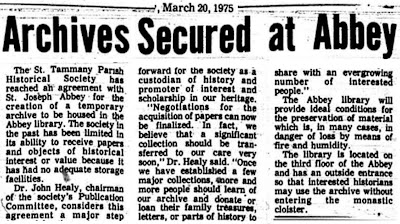 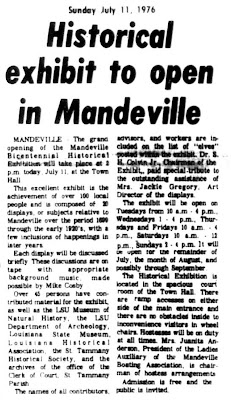 To read more about the historical society's publications, click on the article below from the 1985 edition of the Greater Covington Chamber of Commerce magazine.

To read more about the Mandeville Architectural Survey, CLICK HERE 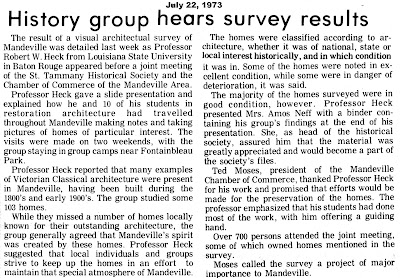 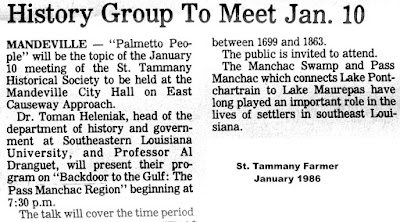 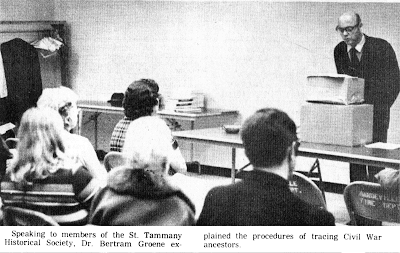 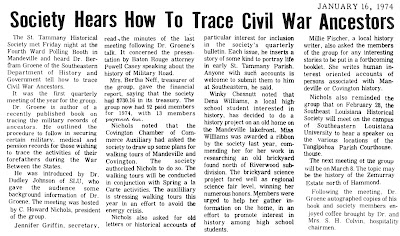 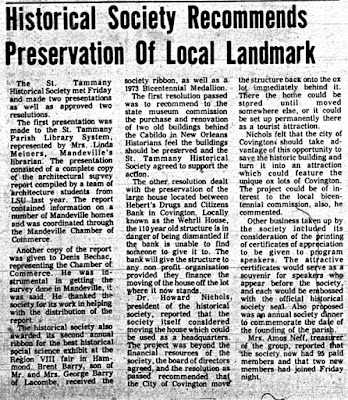 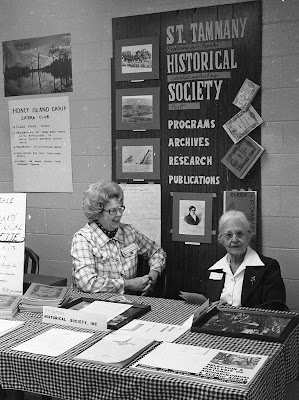 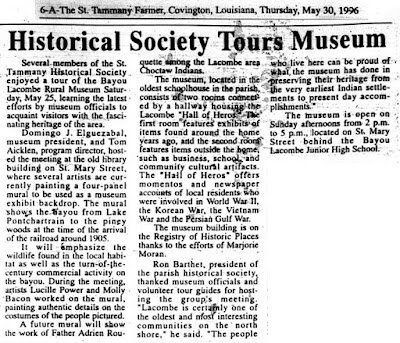 Warren Salles spoke to the historical society in 1997 about the movie industry.
CLICK HERE to hear what he said.

CLICK HERE for a brief chronology of St. Tammany History,
courtesy of the Historical Society

Historical society members took part in the "8 Flags Over St. Tammany" Exhibit
CLICK HERE to see some of the exhibits 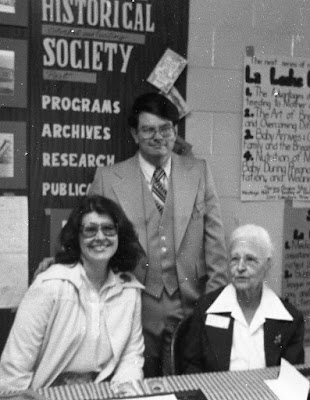 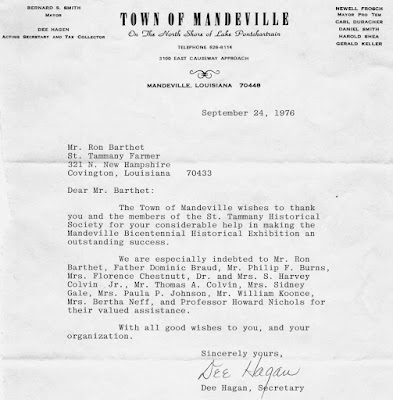 ------------------------------
One of the first efforts to start a historical society in this area took place in 1954. Here's a letter that went out to residents interested in organizing a history research group for both Washington and St. Tammany Parishes. Click on the image below to enlarge the text.

New efforts to revive the society's activities were made in August of 2018. Here are some photos from a meeting held at the Madisonville Museum hosted by Iris Lulu-Simoneaux Vacante and attended by many members and officers of the society from across the group's 46 year history. 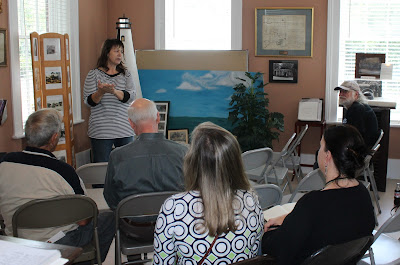 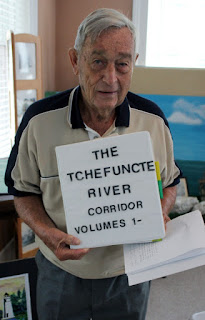 Donald Sharp, holding just one of the several volumes of historical research he has gathered involving the "Tchefuncte River Corridor" and the towns along the waterway.